Guys, We Should Give Hillary the Benefit of the Doubt on this Clinton Foundation Thing

There are countries that live under harsh sharia law. Women can’t drive, are told whether they can work, what they can wear. Gays and lesbians are executed. You can’t build Jewish temples. You can’t build Christian churches. Is that the kind of nation a charitable foundation should accept donations from? Because the Clinton Foundation did.

And this has been the practice in these countries for a long time. It’s not new or mysterious. When the Clinton Foundation accepted those funds, they probably knew about it, and they should give that money back. But can we say definitely that they knew, that Hillary knew, who they were taking money from? What those countries do? Let’s give them the benefit of the doubt and the opportunity to return the money.

After all, haven’t the Clintons earned the benefit of the doubt?

Hmm? What’s that? Oh they HAVEN’T earned that? Well that’s a shame. But look, thank goodness we have someone like Donald Trump, a straight shooting, no-nonsense, non-politically correct truth teller, who will definitely set the record straight and blast Hillary over this obvious hypocrisy and terrible mis… sorry, what’s that?

Hmm. Are you saying the first two paragraphs of this article are not my opinion but actually what TRUMP said to Sean Hannity? Odd, that. From the Washington Examiner:

Trump sounded reluctant to go after Clinton in an interview with Fox News’ Sean Hannity, which the pro-Trump host aired on Wednesday.

“We know that gays and lesbians in Saudi Arabia can get the death penalty … would you ever take money from a country that treats gays, lesbians, Jews and Christians that way?” Hannity asked.

“Well you don’t want to do that and if they knew about it that would be one thing and I assume they knew about it, bigly, but certainly they know about it now so maybe they can give the money back,” Trump said, as the crowd laughed at his answer.

“Wait a minute, they knew about it,” Hannity interrupted, “because that has been Saudi Arabia’s practice for years.”

“But you know what, let’s give them the benefit of the doubt. They certainly knew —” Trump said before Hannity cut him off.

“You’re going to give Hillary the benefit of the doubt?” Hannity interjected. “I’m not.”

Hey Trump wants to give Hillary the benefit of the doubt on this. That’s some tough talkin’ hard campaignin’ right there, right? 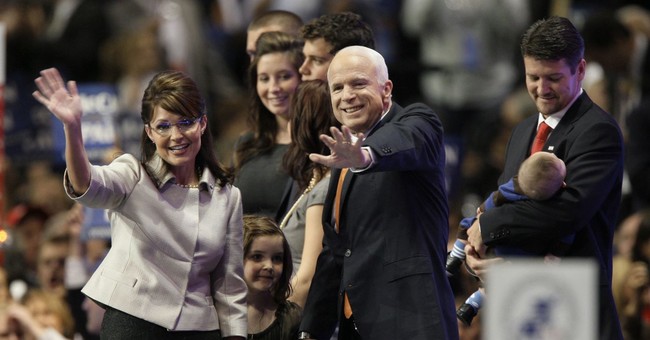 Success! California protects Uber drivers by … costing them their jobs

'We did it, guys': Joe Biden's deputy campaign manager Kate Bedingfield gives reporters a 'virtual high five' for all the hard work