Please Flush: University Student Under Investigation Over His Halloween Costume

In the news as of late, colleges sure are loving performing investigations (here and here). Personally, I think they should investigate providing a useful education. But that’s just me.

In the meantime, America’s university system seems more interested in stupid things (like this, this, this, and this), rather than making people smarter.

Earlier in the week, a West Virginia University student received an email from the school’s assistant dean. The message? He’s the “subject of an investigation regarding alleged prohibited conduct.”

Fourth-year student Joseph Cortese was called to a Friday meeting, during which he’d be on trial of sorts for an offensive costume he’d worn for Halloween, as posted on his personal Instagram account.

“This letter serves to put you on notice that pursuant to section 9.2 of the Student Conduct Code and Discipline Procedure for the Main Campus of West Virginia University, you are the subject of an investigation regarding alleged prohibited conduct.”

Joseph told The Daily Wire he was stressed by the issue, and his performance on the week’s critical exams suffered:

“I received this email Wednesday and have had awful anxiety since. While I was trying to study for finals, this was looming on the back of my mind. … I know I didn’t do as well on my finals as I should have due to this.”

According to the email, a complaint was received on November 6th concerning the image, which was posted before All Hallow’s Eve.

The photo at the heart of the brouhaha pictures Joseph dressed in an ICE hat and Border Patrol T-shirt, while pretending to arrest a smiling girl wearing a makeshift tag which reads “ILLEGAL.”

So what is the offense? There are ICE agents in the world; there are Border Patrol agents. There are people who are illegal and are detained. Two young people dressed up as such. So?

As reported by The Daily Wire, during the administrative meeting, Assistant Dean Lidell Evans recognized Joseph’s constitutional right to pose for the photo dressed as he pleased.

Shouldn’t that be the end of it?

But — Joseph was schooled — things could be interpreted “the wrong way.”

Isn’t there only one way to view an agent arresting someone? Are Halloween costumes supposed to be “interpreted”?

As per TDW, the charitable pro-liberty Foundation for Individual Rights in Education is “aware of this case and looking into it.”

Joseph has a less fortunate disposition than does Kevin, though: In addition to not being a celebrity, he’s the communications director for Students for Trump. Yikes — that may be the most offensive thing of all.

See the photo here and the email here.

See 3 more pieces from me: women & children as shields, Hillary & herpes, and the best (& worst) of Black Friday. 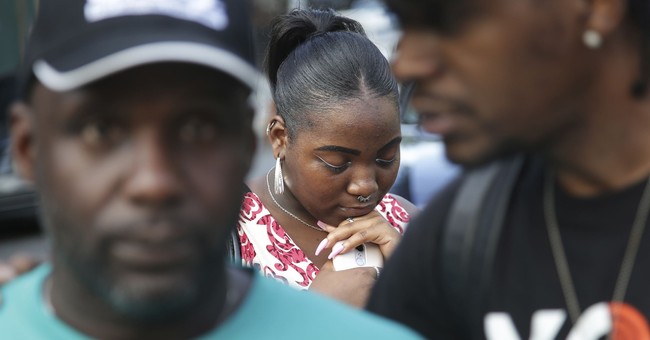