For the past few years, the Democrats have really shot themselves in the foot. They’ve oversold it. By a long, long, long shot.

Donald Trump came along, and they could’ve contended his policy positions were errant, his perspective was skewed, his understanding of economics or international affairs was lacking.

But no — suddenly, the media’s favorite New York eccentric for years was a wholly different entity: Donald J. Trump had magically and immediately transformed into Hannibal SuperHitler SatanLecter the Grand Wizard. The idea was so breathtakingly ridiculous, I’m still trying to wrap my head around their claims. For just a few examples, see here, here, here, here, and here.

Continuing the absurdity — as covered Tuesday by RedState’s Brandon Morse —  that great slinger of slop Hillary Clinton tweeted an idiotic conflation courtesy of the aforementioned footshot:

An aside about nationalism: As Candace Owens pointed out Friday — and to which she expertly referred in a fantastic response to Ted Lieu Tuesday (see the videos at the bottom of this article), nationalism is not inherently negative. It’s the practice of putting one’s country first; in a functional world, every nation protects its own interests first and foremost.

Back to Hillary: Among others lambasting the tweet (see Brandon’s piece for more) the Trump War Room turned the tables on her goofiness about Making America Great Again. How “white nationalist” is it? Check out the Trump team’s compiled video of Democratic icon Bill Clinton’s promotion of the idea.

The caption asks, “Hey, [Hillary Clinton], maybe you should talk to Bill?”

Hey @HillaryClinton, maybe you should talk to Bill? pic.twitter.com/TlknOMBAcJ

There ya go, Hil.

And while we’re at it, I can’t end this without giving you another terrific display of the former First Lady’s husband touting what we’re now being told by the far Left is the manifestation of psychotic white supremacy. Ladies and gentlemen, I give you Grand Dragon Bill:

Here is video of Candace Owens' full answer on nationalism and Hitler pic.twitter.com/NfBvoH8vQg

Candace Owens: "I think it's pretty apparent that Mr. Lieu believes that black people are stupid and will not pursue the full clip…That was unbelievably dishonest…I'm deeply offended by the insinuation of revealing that clip without the question that was asked of me." pic.twitter.com/UioMSZK93d

RedState Exclusive: Austin Protesters Sound Off Outside Trump’s Speech to the Farm Bureau 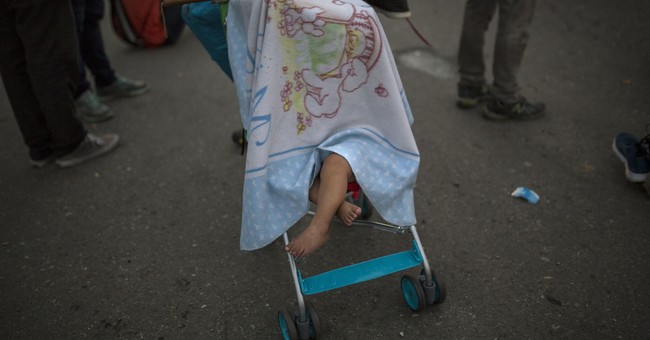