Sometimes in politics, people say things that I can’t believe are falling out of their mouths.

And I think, “Either they don’t have a brain, or they think Americans don’t have brains.” Because no reasonable person would take their comments seriously.

One such person bestowing these moments is Alexandria Ocasio-Cortez. I’m not suggesting she doesn’t have a brain; I’m just saying I remain mystified.

And there’s a whole lotta myst around her comments Monday concerning the ill-conceived description of America’s “concentration camps” at the southern border.

Liz Cheney wasn’t impressed, so she tweeted this:

Please @AOC do us all a favor and spend just a few minutes learning some actual history. 6 million Jews were exterminated in the Holocaust. You demean their memory and disgrace yourself with comments like this. https://t.co/NX5KPPb2Hl

Less than 20 minutes later, Alexandria paddled the ping pong ball back over the net:

Hey Rep. Cheney, since you’re so eager to “educate me,” I’m curious:

What do YOU call building mass camps of people being detained without a trial?

How would you dress up DHS’s mass separation of thousands children at the border from their parents? https://t.co/OOfrrfa1Ew

Well, the 29-year-old’s now saying that Rep. Cheney is responsible for her words:

Reminder: the member who directly + explicitly compared concentration camps on our border to the Holocaust was *Liz Cheney.*

The horrors of the Holocaust went beyond the use of concentration camps, yet camps were part of the process.

They have also been used before and after.

“The United States is running concentration camps on our southern border, and that is exactly what they are — they are concentration camps. And, um, if that doesn’t bother you, I don’t, I don’t know, I like, we can have, okay whatever. I want to talk to the people that are concerned enough with humanity to say that ‘Never Again’ means something. The fact that concentration camps are now an institutionalized practice in the ‘Home of the Free’ is extraordinarily disturbing, and we need to do something about it.”

She said “‘Never Again’ means something.” She didn’t say it doesn’t mean something. Nor did she say, “Liz Cheney is pulling the string on my back and speaking.”

If it “means something,” then what does it mean??

The phrase is an explicit reference to the Holocaust:

@AOC I’m going to @AuschwitzMuseum just next week as a panelist for a conference called “Never Again, Really?” Take up their offer and join us. – Holocaust remembrance group invites Ocasio-Cortez to tour Auschwitz with survivor https://t.co/pCCM78fV4I

Our full page ad in today’s @nytimes countering @AOC trivialization of the #holocaust. We must fix the humanitarian crisis on the border. But comparing it to the genocide of six million Jews desecrates the memory of the victims and the #NeverAgain commitment against genocide. pic.twitter.com/CKC7fsCRUq

Yet, somehow, AOC topped off with this tweet, which included Liz’s post as (non)proof that Cheney said what in actuality she herself did.

It’s as if she’s convinced herself that up is down, and she’s just continuing forward with it.

And now I’m back to that whole brain thing:

On Saturday, tweeter Benny Johnson asked her to “listen, for once”:

As I posted previously, I don’t believe America and its leaders should be compared to Hitler and the Nazis.

Having said that, if you want to call detention centers concentration camps, then okay. It’s absurd, but “I don’t know, I like, we can have, okay whatever.”

But for the love of Pete, don’t say something and then claim Liz Cheney said it.

AOC Moves To Repeal The Hyde Amendment To Further Abortion, Claims The Provision ‘Isn’t About Abortion’

Bill Maher Rubs Their Noses In It: Following A Stunning Verdict In The Oberlin Case, SJWs Learn ‘There’s A Price To Pay’ 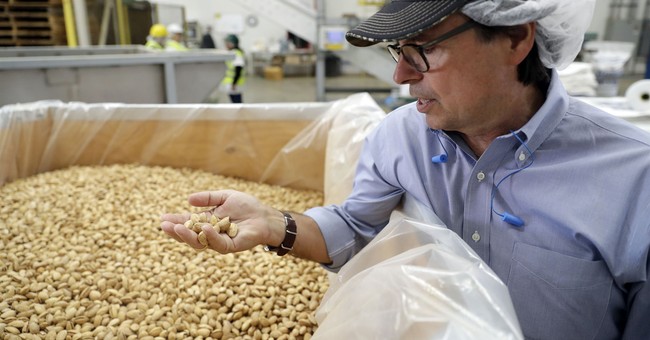