Duke University and the University of North Carolina jointly run a Middle East studies program, and the initiative is now under threat by the Trump administration.

The White House is threatening to pull taxpayer funding from the endeavor, amid allegations of federal funds misuse. What kind? The advancing an anti-Israel bias, aggressively promoting Islam, and ignoring Judaism and Christianity type.

On August 29th, the Department of Education sent a letter to the Duke-UNC Consortium for Middle East Studies designating a due date by which the curriculum must be revised. Otherwise, funding will be pulled.

The program — which received a $235,000 grant last year — states its goal as “[supporting] the development of foreign language and international expertise for the benefit of U.S. national security and economic stability.”

Yet, earlier this year, the Duke-UNC CMES held a conference on the taxpayer’s dime with, according to Republican North Carolina Rep. George Holding, “severe anti-Israeli bias and anti-Semitic rhetoric.” 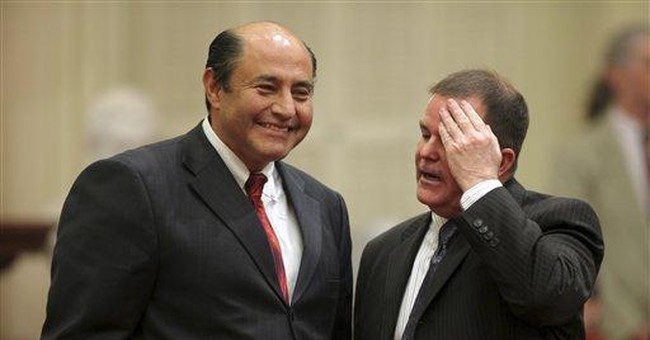 As noted the investigation:

Some academic papers linked to the program have included “Radical Love: Teaching from Islamic Mystical Tradition” and “Performance, Gender-Bending and Subversion in the Early Modern Ottoman Intellectual History.” Neither, in the view of the Education Department, serve the program’s official purpose.

In fact, as for project’s foreign language aspect, only 960 of the 6,800 participants are enrolled in Middle East language classes.

Department officials instructed the Duke-UNC consortium, which was founded in 2005 and received the grant nearly a decade ago, to provide a “revised schedule of activities” for the next academic year and explain how each offering promotes foreign language learning and advances national security interest.

One UNC history professor thinks the D of E should mind its own business. VP of the school’s American Association of University Professors chapter, Jay Smith, told the Associated Press the official who signed the letter “should stay in his lane and allow the experts to determine what constitutes a ‘full understanding’ of the Middle East.”

Henry Reichman, chair of a committee on academic freedom under the American Association of University Professors, derided the probe as — here’s some novel joint terminology for ya — “right-wing political correctness.”

Education Dept. head Betsy doesn’t seem to be much of a favorite among Democrats, but some do want her to police things at times: In December, actress-turned-person-sayin’-political-stuff appeared to forget cops exist and asked her to be the new Commissioner Gordon (here).

As per DeVos’s commissioned letter, the schools have ’til September 22nd to turn the program around.

Rashida Tlaib Reaches For The Heights Of UberDumb: Trump Is Afraid Of Her Because She’s A Woman…& Not White

Bill Maher Responds To David Koch’s Death: ‘F*** Him,’ ‘I Hope The End Was Painful.’ What Have We Become?