Your favorite gal — Jane Fonda — has a message.

Joaquin Phoenix showed up to help her at D.C.’s Fire Drill Friday the 10th.

As noted by RedState’s Brad Slager, Joaquin flew in to speak at the environmental extravaganza.

The star was keen on talking up veganism to save the planet.

Joaquin Phoenix: "I struggle so much with what I can do [to combat climate change] at times. There are things that I can't avoid — I flew a plane out here today, or last night rather. But one thing that I can do is change my eating habits." pic.twitter.com/RaZILYq0La 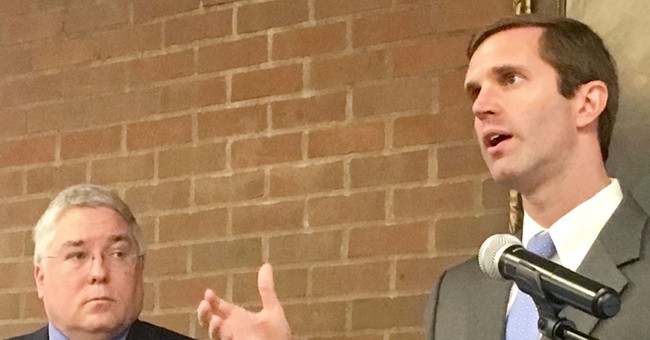 We all struggle.
1. We need to buy electric cars.
2. Switch to solar for our electricity
3. Refuse to use plastic bags.Bring your own bags to grocery store.
4. Drive thru drinks taste better with no plastic straw
5. Join CC group
6. Shut down Coal plants
7. Restrict & Reg. O&G

Angela’s wrong: A straw is a very important part of a “drive-thru drink.”

I explained much more here and here.

Putting Joaquin — who, in my estimation, is an astoundingly brilliant actor — and his involvement aside, Jane’s exit from that shindig was of particular note.

I’ve covered Jane and her weekly rallies before.

In November, she had some big things to say.

In an interview with Michael Moynihan for Viceland’s The Impeachment Show, the activist…well, here’s how I put it back then:

The woman who made a splash posing on artillery with the North Vietnamese during the Vietnam War announced that politicians who don’t share her views on climate change should be treated like Nazi war criminals.

Michael asked, “So, you want to see sort of a Nuremberg trial for climate criminals?”

Anyway, I thought you’d enjoy this interesting piece of video.

As she was leaving, she had a final directive:

Might’ve meant more if she’d been on a unicycle. Jane Fonda Schools You All on How to Wear Your Privilege By…Well, You Just Have to See It