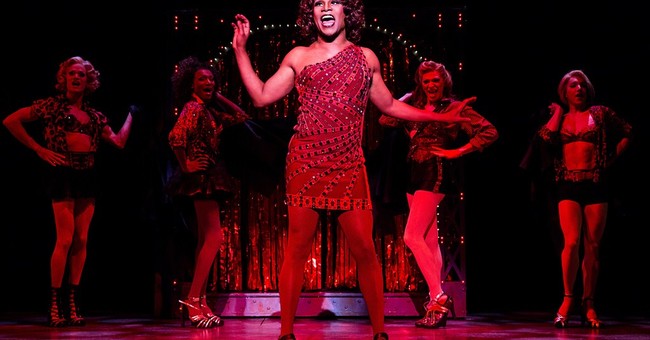 This theater image released by The O M Company shows Billy Porter during a performance of “Kinky Boots.” Concord Records will release “Billy’s Back on Broadway” on April 15, 2014, a 10-song album that includes “Don’t Rain On My Parade,” “Luck Be A Lady,” “I’ve Gotta Be Me” and “Everything’s Coming Up Roses.” (AP Photo/The O M Company, Matthew Murphy)

If you’ve ever been bothered by the fact that Cinderella’s fairy godmother was female, have I got news for you.

According to Elle magazine, there’s a remake of the classic tale coming next year.

That may involve some toxic masculinity, as Pierce was the world’s last hairy James Bond:

But have no fear: The film’s got a woke take on Cindy’s sorcery-savvy savior.

Actor Billy Porter will be playing the aforementioned mother.

He explained to CBS:

“We are presenting this character as genderless – at least that’s how I’m playing it. And it’s really powerful. I think the new generation is really ready. The kids are ready. It’s the grownups that are slowing stuff down.”

He’s been emotionally moved during production:

“It hit me when I was on the set last week, how profound it is that I am playing the Fairy Godmother – they call it the Fab G. Magic has no gender.”

As per The Daily Caller, Billy’s no stranger to success. Or to gender non-conformity:

Porter, who has won an Emmy, Grammy, and Tony award, is also known for his spectacular and gender non-conforming dress at award events, where he’s appeared in heels and dresses.

Last year, he described to Good Morning America the empowerment of dressing in women’s clothing. He’s standing up for men, and against double standards:

“I got my shot being a drag queen and it made me feel the most grounded and powerful that I have ever felt in my life and I’m not going back. When women wear pants that’s not a problem, that’s strong, that’s powerful being associated with masculinity. Because if a man wears a dress, then that’s disgusting. So what are we saying? Women are powerful and men are disgusting. I’m not doing that anymore. So I’m going to wear a dress when I want to.”

I assume Fab G will be similarly draped in grandeur:

I wonder if Billy Porter is the first man to wear a dress on Sesame Street? They tend to send our people out there first. pic.twitter.com/tIvQj5BcK2

Billy Porter doesn't have time for ANY hate over the dress he wore during his Sesame Street appearance. pic.twitter.com/hHtLMIvhSL

Billy Porter: King of the red carpet and the fashion activist we never knew we needed https://t.co/omPVtFikm1 pic.twitter.com/ekbhvekwJo

GMA noted that Billy “has slayed every major red carpet with his fierce and unique fashion choices.”

On top of that, as per CBS, Billy just may make film history:

Porter is perhaps the first man to hold the role in a mainstream adaptation of the tale, and he calls it “a classic fairytale for a new generation.” 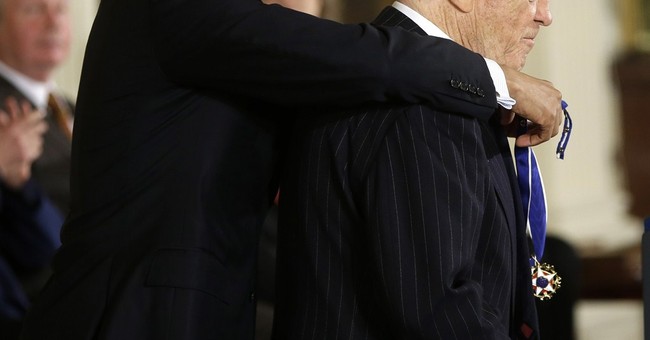