Recently, the sex trafficking trade was dealt a huge blow when sex market website Backpage shut down. The FBI seized the site which was being used to traffic women and girls who were being forced into prostitution.

“Shutting down the largest online U.S. marketplace for sex trafficking will dramatically reduce the profitability of forcing people into the commercial sex trade, at least in the short term,” said Bradley Myles, chief executive of Polaris, an international anti-slavery group that runs the National Human Trafficking Hotline, Reuters reported.

Not everyone was excited, though. The Women’s March was pretty upset, saying it was an “absolute crisis.”

. The shutting down of #Backpage is an absolute crisis for sex workers who rely on the site to safely get in touch with clients. Sex workers rights are women’s rights. Follow @SafeSpacesDC @melissagira @swopusa @KateDAdamo @supporthosechi @anaorsomething for more info. https://t.co/S3Orx3aM8Z

They also retweeted this tweet from Collective Action for Safe Spaces saying that women choose to be prostitutes for various reasons, including the great schedules!

Sex work is consensual. Sex trafficking is coerced. The crackdown on Backpage is not about ending trafficking; it’s motivated by the patriarchal notion that women should not be free to do what we want with our bodies. #DecrimNow #LetUsSurvive pic.twitter.com/o1RfM7Piey

Do some women choose prostitution? Sure. This site, however, was being used to traffic women and underaged girls who were being forced into sexual slavery. Some have shared concerns that the shutting down of Backpage brings up First Amendment issues or that taking down the popular site will make it harder to track and save the women being forced. The idea that the site was good for women, though, is pretty much bonkers.

So is far too much of what the Women’s March does, though. To Protect and to Serve 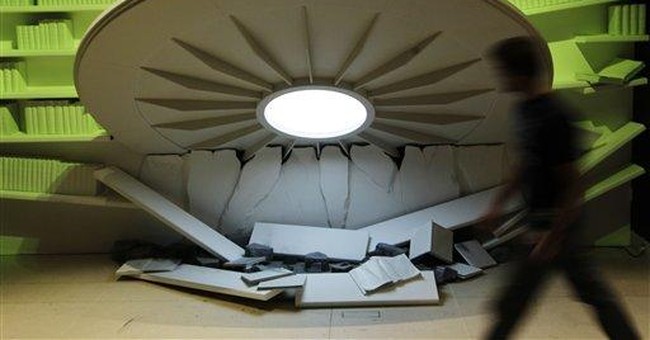