A school superintendent in California thought that active shooter drills were getting a little too routine, so he decided to mix things up. To, as he told CBS47 “make sure this was realistic.” The problem? He didn’t alert teachers that there would be a drill, leaving them and students to believe their lives were in danger. Now, teachers are seeking his removal.

Juan Sandoval, the superintendent, had a janitor wear a mask, hold a fake gun, and run around the campus of Raisin City Elementary School on June 3 as though he were an active shooter. Teachers and students were understandably terrified.

Kim Copper, who has been a teacher for 22 years told CBS47 “I though this might not really be a drill, and what am I going to do.” She continued “I love these students and I don’t know what I can do. I thought wow, am I going to go down like this?” She gathered her students together, and the supposed gunman pounded on the door and tried to open it. “I had one boy, he was trying to be very quiet about it but he was sobbing. You can imagine I was upset and I’m a 48 year old adult. But in the back of my mind I didn’t know that it’s a drill. I think my goodness this can really be happening.”

Teacher Danny Nason had a similar experience with his third grade class. He got his students hidden behind a cupboard and, when the “shooter” tried to enter the classroom, stood near the door with a fire extinguisher. He believed he might have to use it to save his students’ lives. He told The Fresno Bee, “When the door began to open I swung the fire extinguisher at whoever was coming in,” but was able to stop himself from hitting the janitor when he recognized him. Then, he asked “What is wrong with you people?” Sandoval later told Nason that he was to blame for the gunman entering his classroom, as one of his special needs students was crying too loudly.

After the drill, the school held an assembly. Nason saw those who were involved in carrying out the drill. He told The Fresno Bee “They were all laughing,” he said. “They thought the entire situation was hilarious. While they were celebrating, my students were extremely upset. Some were crying, others were asking me to call their mothers because they had either a stomachache, headache, or wanted to go home.”

Parents, of course, were livid upon finding out. Jessica Garza, whose daughter attends Raisin City Elementary told The Fresno Bee  “She said all her classmates were either crying or praying they wouldn’t die,” Garza said. “That disturbed me.” Nason is disturbed as well. “They terrorized the kids,” he said. “What it did to me. I had to fight for 30 kids. I hope that they can understand that what they did to the students was wrong and that they never do this again.”

CBS47 asked Sandoval if he thinks it was wrong to create such a realistic situation and not alert staff, parents, or students. “No, I don’t think it was wrong,” he told them. The journalist then asked him “The drill was just so realistic, that many are afraid anything could have happened. Someone could have had a heart attack? Someone could have driven by and pulled out a gun to help the students? They were so scared.” Sandoval responded “that’s a good thing.”

The Raisin City School board sent out a statement saying that “The district will be updating it’s active shooter training procedures and coordinating with law enforcement to improve our training effort.” For the teachers, that’s not enough.

At a board meeting on Tuesday, teachers will ask for Sandoval to be removed from his position, The Fresno Bee reports. Copper, who is also the Union President, said “This is just the latest and most horrendous example of his poor decision-making and judgment and we are calling on him to step down or for the board to remove him.”

Schools need to rethink their approach to active shooter drills in general. This was extreme, but most of them needlessly terrify children for something that will almost certainly never happen. Let’s keep in mind that you’re far more likely to be struck by lightning than to be involved in a mass shooting (and those odds are reduced when you narrow it down to a shooting in a specific location, like in a school), but I have never heard of a school terrifying children with lightning drills like they do when it comes to active shooters.

Sandoval has go to, but it’s time to rethink the entire idea while we’re at it. 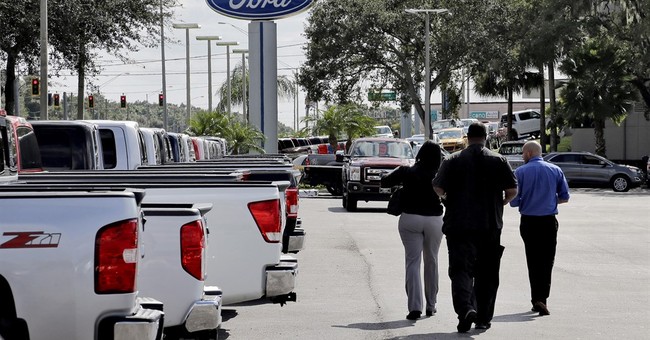 Dave Says: When to Buy a Better Car?