The smartest Democrat has a vision to model America on a nation that does not exist.

It seems to be a hallmark of the Democratic party: insist on the intellectual heft of their party figures, and when proof of the opposite arises demean anyone who dares point out the evidence. Warren, Acasio-Cortez, Booker, Beto, etc. have all been pushed out on stage and sold as geniuses to be followed. Just do not resort to the hateful thing, and analyze their own words.

The latest is perhaps their brightest, California Senator Kamala Harris. Tabbed as a hopeful for the 2020 election Harris has been enthusiastically reported on in recent months, including her highly praised performance during the Brett Kavanaugh confirmation. That enthusiasm however usually means an avoidance of analytical work. She is just so brilliant there is no need for critical thought!

Well, how about when she defies that label of “brilliant” — maybe then? The most recent case is her sending out a Tweet that…well makes you question plenty about her insights. On the surface it seems valid to some, I’m sure, but once you apply cerebral work you see the foibles are layered here.

“We know that if we want to live in a world that looks more like Wakanda, the first step is you invest in some women and girls.” #WakandaForeverhttps://t.co/aSyj6GPrFT

Now in a manner of defense, what she is doing here is providing a quote made by someone else at an awards benefit. But let us first mention this detail: she is linking to a Teen Vogue article. This alone is enough to disqualify Kamala as any kind of intellectual. But why she did is the key to unraveling her image.

The article covered a segment from the Hollywood Reporter’s Women in Entertainment gala (something I have previously displayed with confounding issues) involving the cast from the film “Black Panther”. Disney was establishing a new scholarship named after the popular film. In presenting the first Black Panther Scholarship actress Danai Gurira said the quote forwarded by Harris: “We know that if we want to live in a world that looks more like Wakanda, the first step is you invest in some women and girls.”

So Kamala Harris wants to live in a world that looks more like Wakanda? Well, there is the rather obvious challenge — it is not a real country, nor culture. If she wants to replicate Wakanda then investing in computers will be the necessary, as that land was entirely created on sound stages and largely with computer animation. Political policy is less needed than CGI to create her desired society.

Another ignored detail here is that Wakanda thrives not on investments in select demographics in its society but on the basis of a long ago landed meteorite that supplies the country with Vibranium. This is an extremely rare element that has supplied the country with fortune. So barring a supernal rock to fuel the economy Harris will be stuck with our current GDP.

But sure, that’s just nitpicking on my part, most would say. She was promoting a new version of our society, and she should be praised for this woke Utopia, correct? Uh, no – that is vastly incorrect, in truth. Ignoring that Wakanda is not a real locale we should analyze what is contain therein, and there are a number of elements to this nation that people from Kamala’s political camp would find problematic.

Wakanda is a notably monochromatic society. Granted, being nestled in an East African region will contribute to this, but the reality is the country is the polar opposite of diversity. This is deemed as a hateful ethno-state position, is it not?

Also the nation is ruled not by a democracy, nor a representative republic. There are 5 tribes contained in Wakanda which are ruled over by a monarch. And that ruler is male, which I feel is in and of itself a negative. Legal conflicts are settle in battlefield fashion between males, a rather toxic political system by my measure. The call to “invest in some women and girls” is a curious call in order to lead us to a male-dominated society.

Did I say “contained” above? Yes, yes I did – and for good reason. Do the Democrats realize that in promoting that we should live in a world resembling Wakanda it would require the construction of a border wall? This is true. The country not only keeps out any immigration but it shields its existence with a holographic cover, so no one is aware of the technology and wealth they maintain. Does Harris oppose the usual guilt trip from Democrats that we are such a wealthy nation and do little to aid those oppressed societies?

Wakanda has a Western economy and level of technology that is hides from the other third world nations around them. There is no regional benevolence, and they intentionally sit on their natural resources. Mining – a bane of environmentalism – is the primary method of acquiring vibranium.

The title character is a member of the Black Panther cult (the less said about religion here, the better, Kamala) and members of this sect derive their powers from the heart-shaped herb grown within their border. This is a result of the vibranium, and that element has had mutation effects on the plant life. This means that Wakanda subsists on growing genetically modified agriculture, something a segment of Kamala’s party would surely disapprove.

So let us take a look at what Kamala Harris has envisioned for her revised nation that resembles Wakanda: She proposes a monochromatic society ruled by males, with a strict immigration policy that is enforced with a border wall. The economy is based on a drill-baby-drill philosophy that is buttressed by GMO crops, in order to sustain the patriarchal ruling class.

for more political, entertainmentl, and bad film commentary go and follow me at @MartiniShark 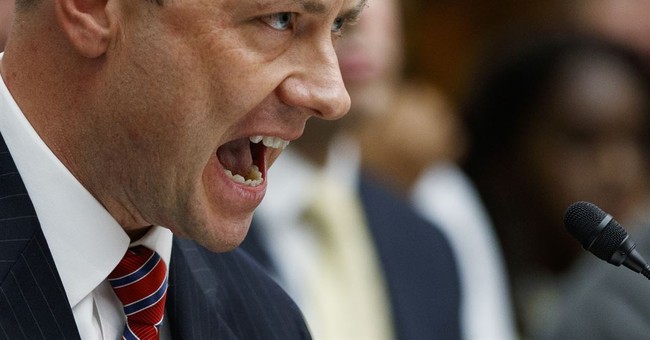