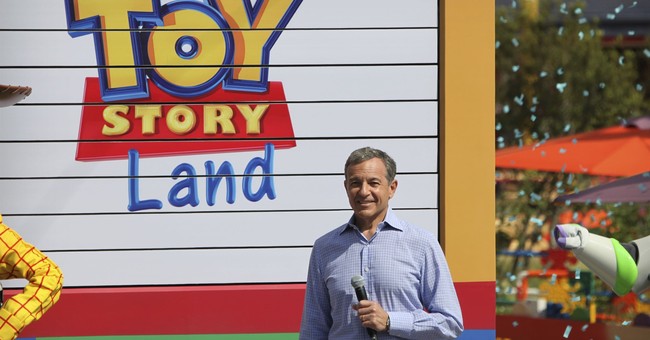 The news came out late yesterday that the CEO of The Walt Disney Corporation, Robert Iger, was going to step away from his position as the head of Hollywood’s most powerful studio. The announcement was less of a shock than it was a case of surprising timing. Iger’s contract is due to run out at the end of 2021, and it was believed he would have been stepping away at that time.

Tuesday’s news carried surprise, leading to some questions, but few would fault the man who managed to take the helm of a major studio and build it up into a titan. After a 15 year run he will be moving aside to allow for Bob Chapek to take over the reins, moving from his position as Chairman of Parks, Experiences, and Products. Iger will remain with the company as Executive Chairman, overseeing creative projects and working directly with Chapek through his contract completion.

There is some speculation resulting from the curious timing, but taking an overview reveals the logic behind the decision. Some have wondered if this could lead Iger to enter the Democratic presidential campaign. While not a far-fetched theory — Iger did indicate such a desire not long ago — the late timing in the campaign season, as well as the indication he will remain in a working capacity, would seem to show this is a longshot possibility.

More likely the reason would rest behind a far more basic influence — quitting while on top. Iger has been responsible for an impressive number of significant acquisitions, properties that have seen the studio expand into a monolithic force in Hollywood. He was the force behind bringing Pixar into the fold, purchasing Lucasfilm and all of its ‘’Star Wars properties, as well as the genius move of purchasing Marvel Entertainment.

Any one of those moves would be seen as career-defining, to say nothing of the results delivered. Disney in 2019 set an all-time box office record, becoming the first studio ever to earn over $10 billion in a calendar year. That total arrived without including the revenues from the recent purchase of 20th Century Fox. That deal was crucial to launching the Disney Plus streaming service. As of today that competitor to Netflix sports a subscriber base of 30 million, a number ahead of projections for this date.

So, in all honesty, there is little more Iger could possibly do to burnish his reputation. All that is left is for the CEO to do is loudly sing Dwayne Johnson’s rendition of ‘’You’re Welcome’’ from the hit film ‘’Moana’’ as his outcue Possibly more of a surprise than Iger’s relinquishing his title is Chapek’s selection as his successor. Most covering the industry had expected that to go to Kevin Mayer, who runs Disney’s streaming venture.

Mayer’s was the name everyone focused upon due to the extremely high priority the company has placed on streaming. It has heralded that medium as the future of the company, and its expensive acquisition of Fox was made entirely with the concept of maintaining a library large enough to support a streaming service. But honestly, he may have begged off of the opportunity. When looking at what Iger was able to accomplish it will be tough on anyone who follows to distinguish themself in the wake of such a resume. Should Massie Be Expelled For His Stunt over Wuhan Coronavirus Relief Bill?