It delivers a reaction on par with ‘What the hell…?!’, which is why this is probably the most ideal casting.

I am certain most everyone has their impressions of Nic Cage. The Oscar winner, career thespian, tax-afflicted social iconoclast has multiple impressions in the minds of fans — frequently multiple impressions at once. In the stage of his career following the Oscar win for Leaving ‘’Las Vegas’’ he seemed intent on departing the serious movies and looked to become a movie star. His next three films after the win were broad action pieces; ‘’The Rock’’, ‘’Con Air’’, and ‘’Face/Off’’, giddily ignorant but fun popcorn fare.

There was a stretch when it seemed he was straining to maybe gain professional accolades a second time. ‘’Captain Corelli’s Mandolin’’, ‘’Windtalkers’’, ‘’Adaptation’’ (for which he was nominated) and even ‘’Matchstick Men’’ looked to be lurches toward recognition, but then Cage appeared to toss in the towel for that desire and entered my favorite portion of his career, the ‘’F-it, I’ll just play unhinged characters’’ segment, one he occupies to this day.

For the past few years he has been grinding out numerous titles, most of which never saw the dark of theaters. Many are completely retrograde and largely unwatchable, save for the fact that you watch for those times he goes off the reservation and loses control on camera. ‘’Drive Angry’’ is a pulpish wild ride. On this week’s episode of Disasters In The Making we are covering ‘’Primal’’, where he plays a big game hunter whose animals he is transporting by ship and they are released by a serial killer on board. And if you want to see perfect unraveled lunacy you have to seek out the disturbing ‘’Mandy’’.

Now the news has just been announced that Hollywood is in the process of wanting to dramatize what was one of the bigger hits of the pandemic season. Not one, but two productions are currently in the works based on the hit series from Netflix ‘’Tiger King’’. The scripted miniseries will be produced by CBS Television and Imagine Entertainment for Amazon Prime Video. The show will feature the exploits of Joe Schriebvogel, a.k.a ‘Joe Exotic’, the weirder-than-life wild cat preserve operator.

NBC is also in the works of its own drama concerning the same subject, with Saturday Night Live’s Kate McKinnon taking on the role of the villainess of the story, Joe’s rival Carol Baskin. This version however is based on the article written for Texas Monthly Magazine, Joe Exotic: A Dark Journey Into the World of a Man Gone Wild. All of this seems both, an intentional move to capitalize on a hot property, and a too-soon retelling of a story that is still very fresh in the mind of audiences.

‘’Tiger King’’ became a surprise hit this spring when a newly captive nation was placed under quarantine and forced to find entertainment in the comfort of our sofas. The parade of dysfunction and outlandishness became something of a relief to an anxious nation; sure, we were under lockdown with uncertainty ahead of us, but at least we are not as messed up as these people! But the exploitive documentary is still like a fresh wound, and coming up with a dramatization of the disturbed lives we just recently subjected ourselves to seems like a misfire. Until you see those six words:

The tendency of Cage to just unspool into a puddle of psychosis on camera is exactly what is needed for this type of role. As much as I did not care at all for ‘’Tiger King’’ — I made it through about three episodes before abandoning that tire fire of a display — putting Cage into that tiger cage is something that cannot be missed.

This is still in the early stage of development so no release dates or filming schedules have been established. This could take some time, due to the backlog of production work across Hollywood as a result of the pandemic shutdown. The guess is this will be staged in another country where they are more opened than in California at the moment. Hopefully this means we can see Nic in all his glory in a role calling for exactly his particular set of skills. 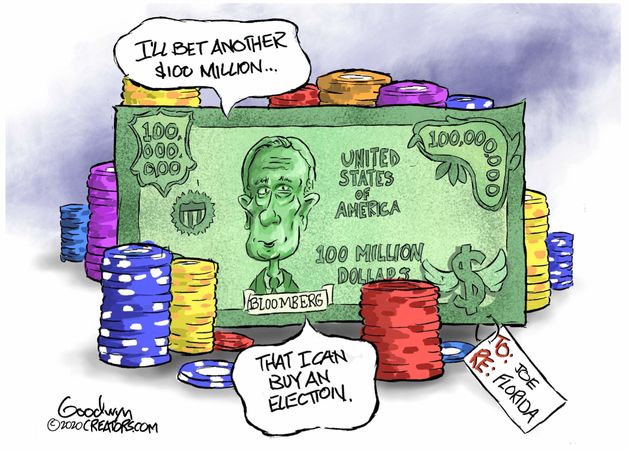