“Pro-choice” apparently only means the choice to kill a baby to the – more accurately called – pro-abortion crowd. The act is apparently so sacred to abortion advocates, that even saying you don’t want to perform an abortion is not an option.

LifeSite reports that the House of Representatives passed the Conscience Protection Act of 2016, which basically says that no person who refuses to “perform, refer for, pay for, or otherwise participate in abortion,” can be discriminated against by the government for not violating their conscience. It also allows those who are discriminated against to sue in retaliation. The bill passed in a 245-182 vote, with even some democrats throwing their weight behind it.

The icing on the cake was that Republicans in support of the bill quoted President Obama when he said of Obamacare “Let us honor the conscience of those who disagree with abortion and draft a sensible conscience clause.”

But now that the clause is a reality, Obama has pulled a 180, and vowed to veto the bill if it should find his way to his desk.

The Administration strongly opposes the House Amendment to S. 304, the Conscience Protection Act of 2016, because it would have the consequence of limiting women’s health care choices and because the Administration believes that protections in current Federal law already provide appropriate protection for the rights of conscience.

Of course, many of those opposed to the bill attempted to pass it off as a limiting of “choice,” and even tried to make it about sexism, and the mythical “war on women.” As reported by LifeSite…

Several House Democrats tried to position the bill as a misogynist measure intended to deny women “access” to their “constitutionally protected” right to abortion-on-demand by no longer requiring all employers to pay for its coverage. Rep. Jerrold Nadler, D-NY, said pro-life lawmakers secretly hope “to use the premise of religion to allow further discrimination against women. We must not let them succeed.”

“We see your bias. We see your intent. And we won’t let you enshrine discrimination into federal law,” he said.

Rep. Jim McGovern, D-MA, said that “this terrible bill” ultimately “leaves the decision whether a woman can have an abortion or not in the hands of her boss.”

“It is crazy that we’re here debating a bill like this,” McGovern said. “We have better things to do.”

“When will the Republicans’ war on women ever end?” asked New Jersey Democrat Frank Pallone.

A better question would be, “when will the war on America’s conscience end?” When will the left stop attempting to force others into their beliefs by telling private citizens who want nothing to do with the barbaric act of terminating the life of a child that they have to participate or else? When will the left stop using women – many of whom oppose abortion more fiercely than anyone – as a shield whenever people attempt to distance themselves from something they consider horrible?

The people who call themselves “pro-choice” are anything but. If they truly believe in choice, then they’ll allow people who value life to walk away from those who don’t.

The Economy Is Struggling, but Gun Sales Are Soaring 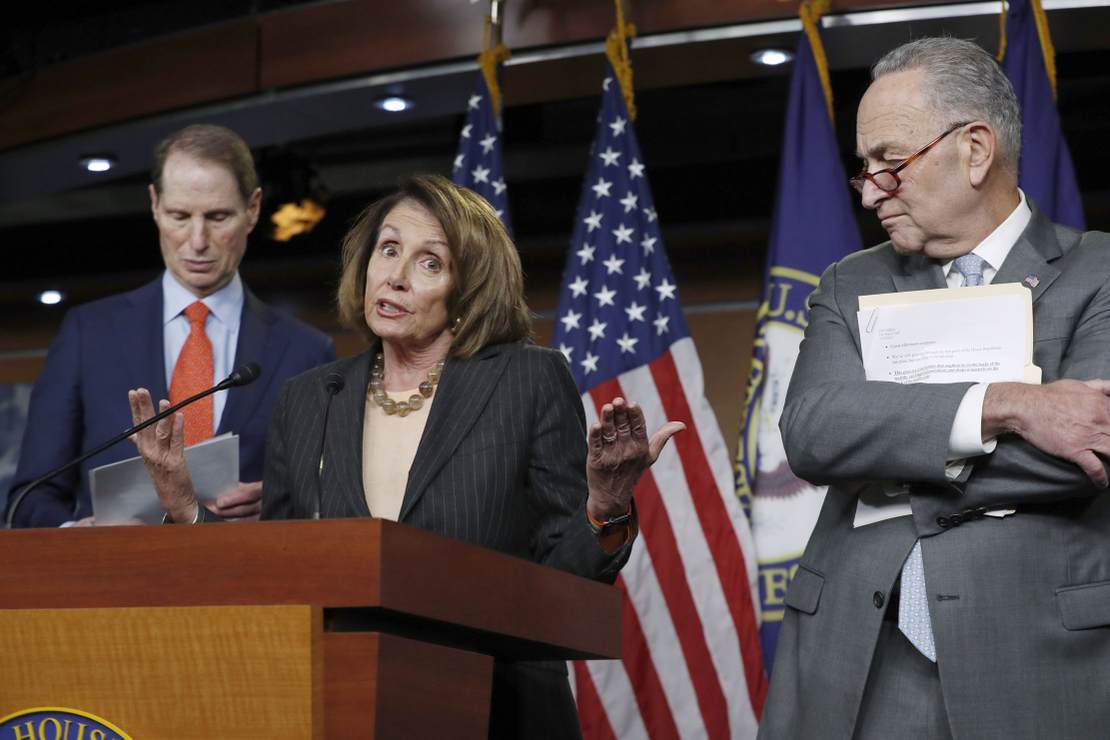