Speculation is a large part of the media’s job. Trying to fill in the blanks with whatever clues we have lying around is a common practice, for better or worse.

One instance where it’s worse is the odd interest in Governor Greg Abbott’s burn injuries.

For those in need of an update, the Governor of Texas accidentally had scalding hot water fall on him, causing serious burns. A full timeline of what happened can be seen here, and if you want to garner a whole new level of respect for Abbott, I suggest you read it. Between receiving the burns and getting skin grafts, the shooting of 5 officers in Dallas occurred, and Abbott still continued to give speeches and meet with authorities.

That’s one tough Texan, to be sure.

One thing lacking throughout the news revolving around Abbott, however, is the lack of explanation as to how he received his burns. Abbott’s office hasn’t been too concerned about letting the press know how it happened because honestly…who cares?

Accidents happen all the time, and the man is recovering just fine. It didn’t affect his job, save for the fact that he’s missing a few events, including the RNC in Cleveland. The event hasn’t compromised the moral integrity of his office, and if anything, the event is a testament to his character.

In short, it’s an event about a public man’s private life that has nothing to do with us. So apparently, this means it needs to be turned into a tabloid tale of intrigue and needless speculation. That’s exactly what the San Antonio Express-News did.

But the governor’s office repeatedly has declined to say how that accident happened, prompting speculation and dividing political observers over whether Texas’ top official should give more information about such serious injuries.

“How incredibly foolish of the governor’s staff,” said political professor Larry J. Sabato, director of the Center for Politics at the University of Virginia. “One way or the other, the truth will come out. Why not head off silly speculation and tell it like it is from the start? The governor will have the public’s sympathy, regardless.

“Serious burns requiring skin grafts are major injuries, and people will wish him well,” Sabato said. “But hesitation to be forthcoming will encourage conspiracy theories in the age of social media.”

And later in the article…

Glenn Smith, director of the Progress Texas PAC, which supports Democrats, said it is Abbott’s decision whether to release details about a personal matter. But he said that “the failure to disclose information like this raises more worries or concerns than it solves.”

“When there are obvious secrets being kept, especially when it involves a public official, the public wants to know – fairly or unfairly,” Smith said. “Secrets lead to speculation. In politics, that is the first consequence of a secret. It’s human nature.”

500,000 burns from scalding hot liquid occur every year in the US alone. It’s a common event that just so happened to occur to a Governor with a strong political leaning to the right. So naturally this has to become tabloid fodder to generate a story where there is none.

I believe this was a plot element in Anchorman 2.

This article, and the speculation by journalists and political opponents alike is nothing short of cringeworthy. We all get things wrong, make honest mistakes, and in this day and age, pull out a lot of stops for clicks. It can be a dirty job worthy of Mike Rowe’s attention.

But this was a blatant attempt to turn a man’s injuries into a prop for casting a little shade on his character. A way to make a man who appreciates his private life staying private seem like he’s hiding something possibly perverse, or sinister. It’s an invite to speculate on the darker aspects of a man who wants to keep his business his own.

At best it’s strange to insinuate a man of hiding something for keeping his private life private, and at worst juvenile.

Seeing as to the condition of his health, and how it effects his job is about as far as our knowledge need go. Anything beyond that is none of our business. The need to figure out what’s going on behind the curtain that separates us from his personal life is nothing short of weird, and frankly, it’s foul, and divisive “journalism.”

The only thing Abbott is trying to hide is a thing he has every right to keep from us. His private life is his to keep private. Stop trying to turn his misfortune into an episode of TMZ.

'NBC has crossed the Rubicon': Jonathan Turley sums up the pitiful state of 'journalism' after MSNBC announces hiring of Lisa Page 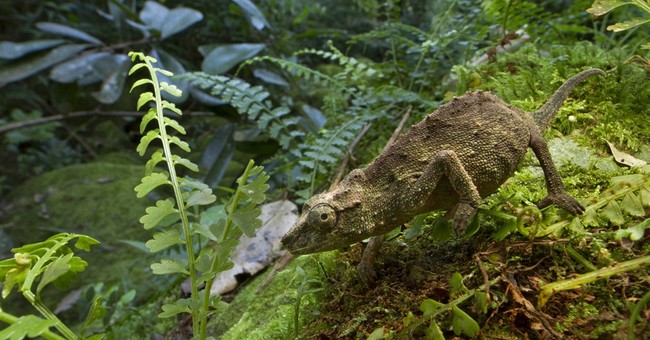