Gary Johnson Talks Hillary and Trump: “This is the demise of the Republican Party.”

Gary Johnson has been on the rise. There’s no denying that fact, and the only ones seemingly ignoring this are the two major parties. It hasn’t stopped Johnson from talking about them, however.

Even after biking around 15 miles, uphill for huevos rancheros and an interview with John Harwood, Johnson was still ready to talk about this election, the two parties, his party, and the future of all three. During the interview, the Libertarian candidate has some interesting things to say.

Harwood began by asking Johnson about Donald Trump now being the figurehead of Johnson’s former party.

“He’s tapped into that anger. But that is not, in my opinion, representative of the majority of the Republican Party,” said Johnson. “And where’s that representation? Well, I think it’s me. I think it’s me right now. It’s the Libertarian Party. It’s a big six-lane highway down the middle that Bill Weld and myself are occupying.”

What Johnson is saying here may be pretty accurate. Many of those who left the Republican party, or have pledged to never vote for someone like Trump, have found their way to the Libertarian party. While many, including myself, don’t agree with Johnson 100%, we’re still finding him a breath of fresh air in an election otherwise polluted with horrible candidates.

Later Harwood asked what would happen once Hillary is elected, and with Johnson having such a solid showing. Johnson, while obviously seeing the Republican party as ultimately good, sees it ending.

“Let’s say Hillary Clinton’s elected, and you have a solid showing. Trump loses. Where does the Republican Party go after that?” asked Harwood.

“This is the demise of the Republican Party,” answered Johnson. “This is an opportunity, I think, for the Libertarian Party to become a major party.”

While we might be years away from a Libertarian party becoming the new bastion of the right, it has been discussed that Clinton attaining the White House would mean the final nail in the coffin for the Republican party as we know it. Many, including myself publicly in one infamous article, have given up the party for lost when it was clear a man who clearly isn’t Republican was selected as its nominee.

Once Trump abandons the party and uses it has his scapegoat for losing, he’ll definitely leave the party in a very weakened state. Depending on who picks up the reigns after him will matter greatly. It might be Ted Cruz, who has definitely set himself up as a sort of “other” within the party. Perhaps it will be fresh faces such as Ben Sasse, or favorites such as Rand Paul. No matter who becomes the new leader, he or she will have a very long slog uphill to rebuild a Republican party that has been demoralized, and destroyed.

The Libertarian party, however, will likely gain strength regardless. With so many having already arrived here from the sinking Republican ship, it seems like good soil to start a brand new party that espouses the principles many on the right want. Less government in pretty much everything.

No matter how you slice it, both the Libertarian party and the Republican party are going to change. Maybe both for the better. 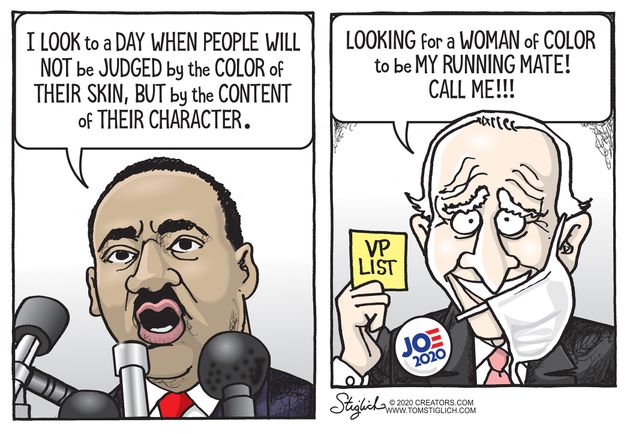