Robert Ritchie, commonly known as “Kid Rock” to his fans, is either schizophrenic or the worst practical joker in history.

After a couple months of making people believe he was a Senate candidate in Detroit by pushing hard on the idea that he’d run for office, Ritchie finally pulled the curtain back and revealed the man behind it.

It turns out he’s not, and everyone who actually thought he was is apparently dumb.

“F— no, I’m not running for Senate. Are you kidding me?” Rock said on Howard Stern’s SiriusXM show on Tuesday. “Who couldn’t figure that out? I’m releasing a new album. I’m going on tour too. Are you f—— s——- me?”

This is odd, seeing as how he said his run for Senate was an “absolute yes.”

Of course, he did waffle afterward, saying he was only considering the run and was pushing for a vote registry program at his concerts in the meantime.

He even gave something of a campaign slam poem during his concert in Grand Rapids.

Now it appears the truth has finally come out.

“It’s the worst advice I ever gave myself, but it’s been the most creative thing I’ve ever done,” he said. “And I’ve gotten to see everyone’s true colors.”

According to the Detroit Free Press, Ritchie knew he wasn’t doing it from the get-go and it was really all just a marketing stunt:

“Let’s not let this divide us,” Rock said he told Rosenberg. Eminem, on the heels of a viral rap blasting President Donald Trump, was loudly cheered at the start of the game. Rock, shown onscreen in the arena, drew boos from some in the crowd.

Ritchie was apparently uncomfortable with the amount of negativity he was drawing, even from those close to him who began to take the marketing stunt a little too seriously.

Maybe he’s telling the truth, and he never actually wanted to run. If you ask me, the fire got a little too hot, and Ritchie got cold feet. He was down in the polls by 18 points against Democratic incumbent Sen. Debbie Stabenow, and his stances were beginning to divide his audience.

Maybe we’ll never know, but at least we can all rest in the idea that that’s at least one celebrity not seeking office. 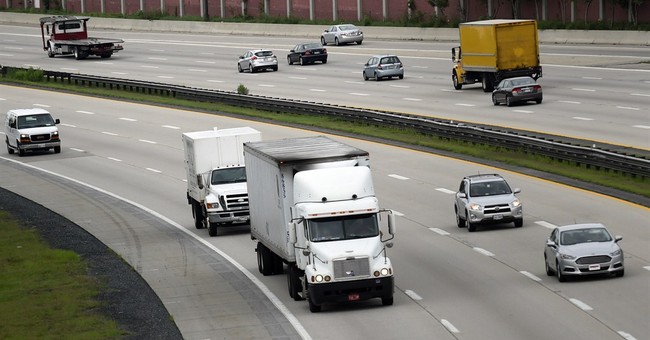 Charlie Hebdo republished the Mohammed cartoons, now their head of HR has been forced to flee her home