I’m a longtime Twitter user and have amassed a small fortune worth of followers. I did so because I loved the platform, especially when I first started on it.

It was something akin to the wild west of ideas. At any time, you could be challenged to a proverbial gunfight. Sometimes I won, sometimes I lost, but each time I was confronted I learned something new, be it about my stances, or myself.

But then the social justice movement kicked into overdrive, and soon there were users calling to be protected from other users. Since Silicone Valley is filthy with left-of-center to hard-left people, Twitter soon found itself creating new algorithms to guard users from each other, as well as “trust and safety councils” that would oversee what kind of speech and opinion is okay to display on the network.

Today, Twitter is still one of the most trafficked social media sites on the globe, but it’s a shadow of its former self, wrecked by ideological bias that punishes ideas, instead of letting them flow naturally. The result was the shadowbanning or outright banning of conservatives and libertarians. If you’re on the right, you could be suspended for stating facts about Muslim extremism, or just telling a joke that the permanently offended think goes too far.

Don’t count on that happening to anyone on the left, though. As we’ve seen repeatedly, they can be as racist, sexist, and bigoted as they like with little to no movement on them. That is, unless someone with a large platform continues to make a big deal of it, and Twitter has to act for PR reasons.

To his credit, Twitter CEO Jack Dorsey acknowledged that the shadowbanning was going on and that even Republican politicians were experiencing a certain absence from the network despite their participation in it. However, Dorsey also claimed that this was a mistake caused by algorithms that targeted these politicians and right-leaning users accidentally:

While Twitter says that the accuracy of its algorithms will improve over time, Dorsey acknowledges that algorithm-driven results can sometimes be flawed.

“Despite the success we are seeing with our use of algorithms to combat abuse, manipulation, and bad faith actors, we recognize that even a model created without deliberate bias may nevertheless result in biased outcomes,” he says. “Bias can happen inadvertently due to many factors, such as the quality of the data used to train our models. In addition to ensuring that we are not deliberately biasing the algorithms, it is our responsibility to understand, measure, and reduce these accidental biases. This is an extremely complex challenge in our industry, and algorithmic fairness and fair machine learning are active and substantial research topics in the machine learning community.”

In short, Dorsey is saying that the algorithm that saw so many on the right targeted for punishment by the social network was a result of an unbiased algorithm getting it wrong.

Let’s put aside the obvious fact that an algorithm doesn’t just pop up out of nowhere, and has to be written by someone first that tells said algorithm what to think. The fact that the algorithm was targeting someone wasn’t a mistake to begin with, but the algorithm isn’t the only problem.

As I pointed out in a video I recently made, Twitter’s bias goes far beyond artificial intelligence. There were flesh and blood individuals going over and banning accounts that were guilty of wrong-think. They weren’t just confessing to it, they were outright bragging about it.

Twitter doesn’t have an algorithm problem, it has a human bias problem. If Dorsey isn’t aware of this then he’s the worst CEO in history, but I’m not going to give him that benefit of the doubt.

Dorsey knows his own bias, he knows where Twitter is located and the bias that infects that area. He knows the “Trust and Safety Council” that his corporation implemented was hired on because they share the same biases as him. Dorsey knows what he’s doing, and Dorsey doesn’t care. He fixes what problems are pointed out by the general public, but no action is taken by anyone if the victim of the bias doesn’t have the platform necessary to do any damage.

Case in point, the incident with a picture of a gun pointing at Meghan McCain and the tweet that threatened Dana Loesch’s children received no movement from Twitter until it became a hot story. Meanwhile, I’ve watched as accounts both large and small were suspended almost immediately for arguing points with the wrong person.

This problem won’t go away until Dorsey begins to staff his business with ideological diversity, not just superficial diversity. He can blame his AI, and paint bias-centered actions against the right as “accidents,” but the truth is that Twitter is, by all accounts, a testament to the ideological bigotry of the left. RedState Podcast: Scott Hounsell and Brad Slager Discuss Polling and the Influences on the Election

Over the Moon: Bikini Model Celebrates #BootyForBiden, but There’s a Crack in the Campaign PODCAST: Bourbon On The Rocks, Mike Pence Kicked (You Know What) Edition The Sin of the Spin 'Fly of Color', 'Mark of the Devil': Media Obsess Over VP Debate Fly, Because Everything Is Stupid (Video)

Mike Pence Destroyed Kamala Harris, and the Media Settle on a Pathetic Excuse Could It Be Possible That Donald Trump Wins Because of the Shy Vote? 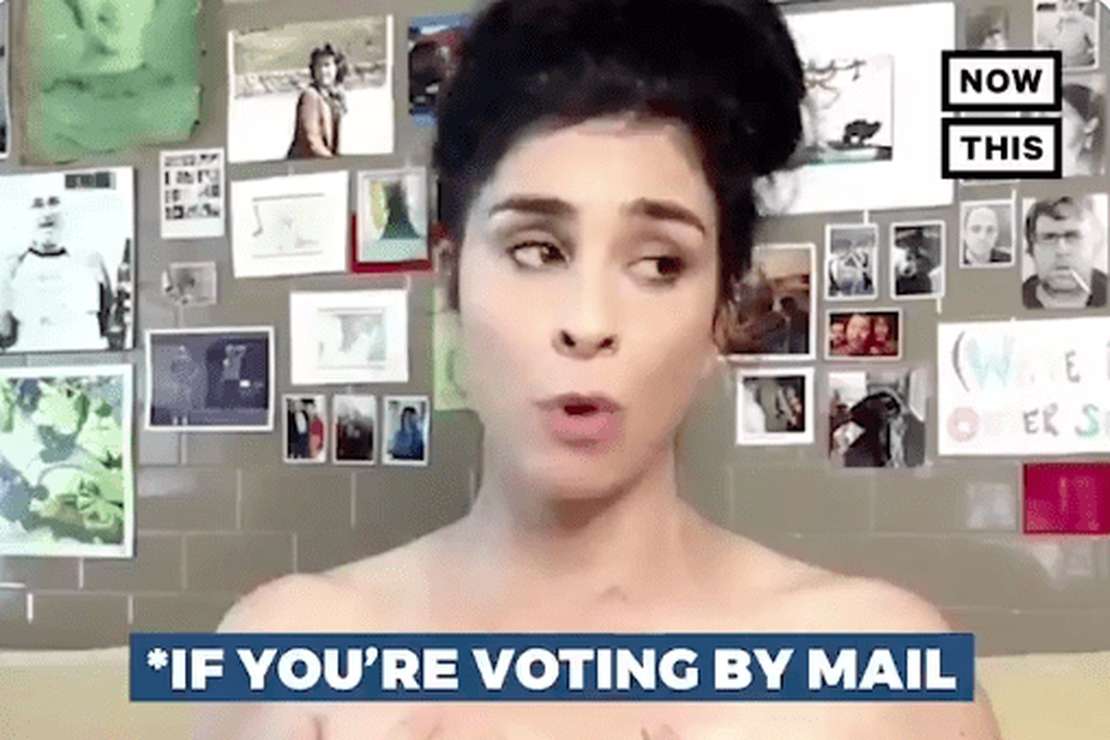 Video Shows Why Police Don’t Screw Around With Knives