Socialists are supposed to be politicians of the people. They believe the rich should have their wealth be redistributed to everyone, and that equality should reign throughout the globe.

Let’s remember, however, that socialism is for “the people,” not the socialist. Like all good socialists before her, New York House candidate Alexandria Ocasio-Cortez exhibits just how “for the people” she likes her socialism to be.

In one tweet, one Twitter user gave us a great example of just how “of the people” the left’s newest democratic socialist candidate is by analyzing what she was wearing during her now famous album cover-looking photo, and looking at the price.

The clothing line Ocasio-Cortez is wearing is from Gabriela Hearst, which according to the Neiman Marcus website, is a high-price clothing brand with much of it ranging in the $1,000 area and going much, much higher.

I realize that in order to present yourself as a politician, you must first look the part, but how often have we heard Ocasio-Cortez knock the rich and claim that the poor deserve their fair share. I sincerely doubt you’ll find many low-income families shopping for $1,990 jackets.

Furthermore, if Ocasio-Cortez is so concerned about the poor, then why didn’t she forgo this expensive outfit and give the proceeds to the needy? Her rhetoric continuously says she’s looking out for the little guy, but her outfit screams “screw them, I look good.”

Again, the democratic socialist — or any kind of socialist for that matter — doesn’t really have the concern for the populace that they say they do. They will live in the lap of luxury at Neiman Marcus while those they claim to stand for are picking up what they can at the Ross Dress for Less, all the while shouting “I’m just like you.”

They aren’t. Even the most high-profile and well-loved democratic socialist in America, Bernie Sanders, has three homes, unpaid campaign debt with millions of dollars in his campaign accounts.

In short, the word “fraud” should be synonymous with “democratic socialist.” The rise of coercive progressivism

Detroit Police Drives Through Crowd of Protesters After Being Surrounded 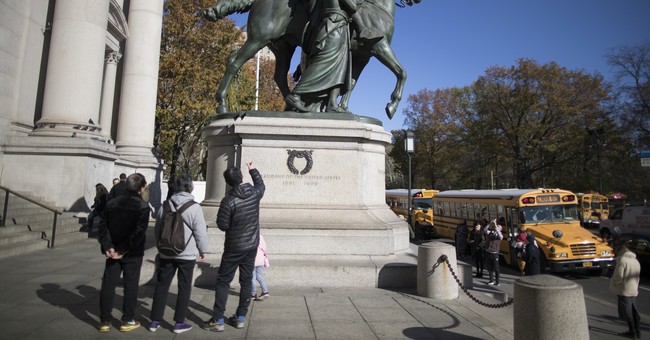