The Left Is Useless During the Wuhan Virus Pandemic

Like many, I watched President Donald Trump’s speech last night. It wasn’t eloquent or even well delivered, but I wasn’t looking for Reagan incarnate, I was looking for what solutions were going to be delivered. As I figured, we got quite a few including a travel ban to and from Europe.

This move makes a lot of sense. The European Union prides itself on open borders, and while that’s not a good thing at the best of times, it’s definitely not a good thing during a pandemic. Case in point, Italy’s leftist government had a policy that allowed its borders to be pretty porous and now it’s drowning in the virus. Say what you will, but cutting off travel to and from an area that has no qualms about letting whoever and whatever into their borders with pretty much no oversight is a solid move.

One thing I also figured would happen is the left taking the opposite side of whatever side Trump takes. Sure enough, that’s exactly what they did.

Trump is afraid not because Americans will die, or because the economy is tanking, but because he's accountable at last, exposed as the fraud he's been his entire life.

.@RonaldKlain explained on @maddow that Trump’s #coronavirus announcements tonight are wildly inadequate to the point of irrationality. This is a national emergency that Trump has proven himself incapable of addressing. We’ll soon be overwhelmed. This cannot stand.

Dow futures down another 900 points as Trump’s speech disappoints investors.

It is hard to imagine someone less equipped to lead this nation during a mass epidemic than Donald Trump.

– Tom Hanks has coronavirus
– NBA suspends entire season
– Stock market crashing overnight
– #TrumpAddress was a disaster
– His Europe to US ban makes no sense
– We need this guy out of office now
– Send Trump's ass to prison
– It's still only 9:45pm

Trump would probably like to follow the NBA and cancel the election. But his emergency powers do not empower him to cancel the Constitution!

I’ve been saying for weeks that #COVID19 may be Trump’s Katrina moment.

After tonight’s address to the nation, I now suspect it may be far worse & his legacy.

And so on and so forth.

There’s a lot of overreaction here and it’s not about the virus, it’s about Trump. To be clear, Trump doesn’t need to postpone the election. It’s more or less in the bag.

But the left wishes he would.

In fact, if you read these tweets in the light of reality and not how they would like you to view them (a blaring claxon about how bad orange man really is) a lot of it reads like anti-Trump fan fiction. The worse the news the more juicy the story for the left. They love the idea of the economy hurting, and Trump undermining the Constitution, and the Wuhan virus devastating parts of the country. Whatever makes Trump seem like an incompetent dictator works for them.

This is pretty sick when you really think about it.

All these bad things that would happen would happen to you, not Trump. The idea is that you would suffer and blame Trump for all your misfortunes. You’d turn on him in the 2020 elections, or at the very least, they’d have something to refer back to come election time that would hurt his chances.

As I said. This is sick.

It shows you just how much the left actually cares about you, which is not at all. I may sound like a broken record here, but the left’s first and foremost concern is their own power, not you. To them, you are a statistic. A means to an end.

In the time of a pandemic, what use is any of this politicization? If the left benefits from your misfortune then why would we rely on them in any shape or form, be it in the media or in Washington? If they only strengthen when they work directly against our best interests, then who would we want to support them at all?

I don’t think I need to really spell this out. You’re best chance of making it out this pandemic unscathed is not by relying on the people who benefit directly from the pandemic itself. 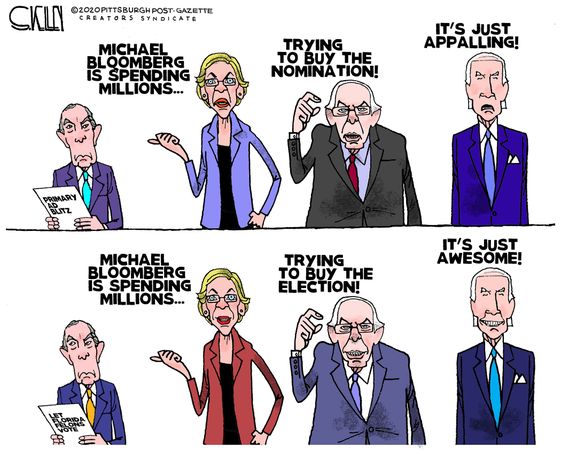 Which Party Does Better On The Economy?