This isn’t an internet tough guy post. This isn’t me flexing about my love of the 2nd Amendment and practice thereof. This isn’t about how well I can shoot, or what kind of guns I own.

This is a legitimate warning about what will happen.

Riots are popping up in cities over the murder of George Floyd, completely overshadowing the legitimate protests containing peaceful people making a valid point. Some of these rioters, namely those belonging to the group “Antifa,” have mentioned that they’re going to leave the cities and move their destruction and violence into the suburbs.

Antifa groups in Portland, Ore. have announced a 6 p.m. gathering at Laurelhurst Park. This is a middle class residential neighborhood far from downtown. #antifa #BlackLivesMatter #GeorgeFloyd

I want to be very clear here. I’m not daring anyone to try to come to my home — or anyone else’s for that matter — and begin attempting to break in and steal from me or hurt me and my family. Again, this isn’t that kind of post. I’d rather you not test this. I’d rather no one get hurt. Period.

That said, I want to lay down some logic.

Rioting in the cities may result in some good times. Windows are smashed, businesses are looted. The police don’t have the power to stop all of you and so you may get away with a new pair of Nike’s or a 52″ flatscreen. Maybe you’ll get arrested, maybe not. You and a few others may get violent with someone trying to speak out against the riots and you’ll never see justice for it.

Rioting in a city is, for all intents and purposes, safe for the rioter. Even if you do have a confrontation with police, you’re more than likely going to get a few bumps and bruises. At worst, some blood might be drawn from superficial wounds. The worst that may befall you is if your fellow rioters turn on you for any reason. Then you’ll really face serious injury, though more than likely, you’re just going to riot, loot, destroy, and go home.

The rules change in the suburbs. You’re not robbing a private store and destroying public property anymore. Now you’re in home territory. The house is full of valuable possessions and luxuries, yes, but more than that, this location has family members in it. Wives, children, and even beloved pets.

You’re in a different playing field now. Here the stakes are a lot higher for the victims of rioters, and as such, the stakes will rise for you. You’re no longer just facing an arrest charge or a few bumps and bruises. You’re now playing with your life.

I want anyone in Antifa or rioting groups to know that it was estimated that there were 350 million guns in America…back in 2017. Also, that was the conservative estimate. The number is more likely double that, and with more being added to the count every day.

Events big and small cause gun sales to skyrocket. Former President Obama could just glance at a gun and it’d cause people to purchase one. Recently, gun sales shot up thanks to the pandemic due to the idea that supplies may run out and people would have to defend their homes, families, and possessions.

The question you have to ask yourself is whether or not the person on the other side of the door that you’re about to try to break down is one of those people who purchased a firearm. Every home you try to gain access to is a roll of the dice, and the odds don’t look good for you.

You may be able to get away with throwing rocks at windows, maybe even smash up a few vehicles on the street. You might bust up a few light posts and trash someone’s yard. That you’ll leave a mess and get away safely is probably true, provided you don’t run into an armed homeowner who doesn’t know the gun laws in his state well.

You’re far more likely to die in the suburbs than in the city in this situation. You may think moving the riots into neighborhoods is going to play out the same way. It’s not. You’re at a massive tactical disadvantage. The residents know these streets, the layout of their homes, and the defense capabilities of their residence and themselves.

You don’t. Each home will be different, each resident will have different approaches, and each home may have more than one or two gun wielders inside. The goal isn’t non-violent control of the situation now. It’s not about tear gas and high-pressure hoses now. Now it’s deadly force. You can’t just wash a bullet wound out and keep going. Even if they don’t have guns, they’re not going to stop hitting you with a heavy object or stop stabbing and slashing at you with cutlery until you’ve either been chased out or you stop moving. Understand. The chances of you dying are incredibly high.

Suburbanites have a lot more to lose and are going to be a lot more apt to go to extremes to make sure no harm befalls what they’re protecting. Too much rides on it. In the city, you were the pack of lions seeking whom you may devour. In the burbs, you’re the gazelle. 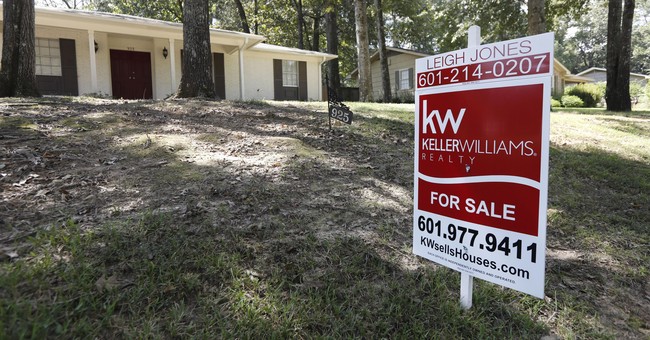 Dear Dave: Accepting Money From Family For A House Down Payment?