The Justice Department late Thursday night asked the Supreme Court to immediately reinstate President Donald J. Trump’s January 27, 2017 Executive Order Protecting Nation From Foreign Terrorist Entry Into the United States and to allow the federal government to begin enforcing the President’s March 6, 2017 revised version of the order, which narrowed the scope of his original order. The revised order omitted Iraq from the countries that faced the enhanced travel scrutiny, allowed case-by-case exceptions for travelers from the other counties, and removed the temporary ban on Syrian refugees and deleted explicit references to religion.

According to the New York Times, the Trump administration said the question for the justices was momentous:

The stakes are indisputably high: The court of appeals concluded that the president acted in bad faith with religious animus when, after consulting with three members of his cabinet, he placed a brief pause on entry from six countries that present heightened risks of terrorism. . . .

It added that the appeals court had gone badly astray.

“The court did not dispute that the president acted at the height of his powers in instituting” the executive order’s “temporary pause on entry by nationals from certain countries that sponsor or shelter terrorism,” the brief said. The brief also said the order’s “text and operation are religion-neutral.”

In its brief, the Trump administration urged the court to place law above politics.

“This order has been the subject of passionate political debate,” the brief said. “But whatever one’s views, the precedent set by this case for the judiciary’s proper role in reviewing the president’s national security and immigration authority will transcend this debate, this order, and this constitutional moment.”

“Precisely in cases that spark such intense feelings, it is all the more critical to adhere to foundational legal rules,” the brief said. It said the lower court ruling “departs from those rules, and calls into question the executive and his authority in a way that warrants this court’s review.”

As Bloomberg Politics succinctly put it, the president “placed a brief pause on entry from six countries that present heightened risks of terrorism,” and the lower court ruling “creates uncertainty about the president’s authority to meet those threats as the Constitution and acts of Congress empower and obligate him to do.”

The government’s court papers also seek to stay lower court rulings that blocked the President’s Executive Order while the case is being appealed.

The Justice Department asked the high court to temporarily lift injunctions that bar officials from carrying out Trump’s directive to suspend visa issuance to citizens of six countries that present heightened risks of terrorism and “to add the legality of the travel ban to the high court’s docket so the case would be ready for argument this fall.” Lyle Denniston reports that under “the schedule suggested by the Trump legal team, the Justices would act quickly on the issue of prompt enforcement, then decide before recessing for the summer the question of whether it will review the legality of the Trump order and, then, if review is granted, take up the cases for hearing early in the next term, which starts in October.”

'REEEE! He's the f**king enemy!' George Conway praises ACB calling her qualified for SCOTUS and the Left lose their MINDS 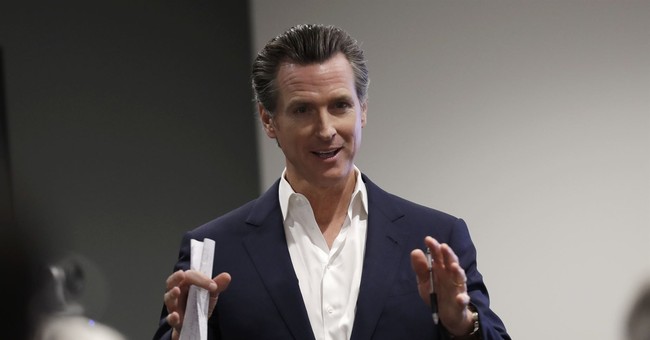