FILE – In this Jan. 30, 2008 file photo, California mayors, from left, Sharon Quirk of Fullerton, Antonio Villaraigosa of Los Angeles and Gavin Newsom of San Francisco recite the Pledge of Allegiance before speaking at Democratic presidential hopeful Hillary Rodham Clinton’s East Los Angeles campaign office. The presidential race is dominating headlines, but on the periphery the race to replace California Gov. Jerry Brown in 2018 is gradually taking shape. Villaraigosa has made no secret of his interest in the job and in coming weeks he’s expected to join a growing list of candidates and likely candidates that includes Newsom, now lieutenant governor. (AP Photo/Reed Saxon)

Villaraigosa has narrowed the five point lead Newsom held back in June when we last reported on California’s June Primary.

This is California so the top two finishers in the “jungle primary,” regardless of party affiliation, will go on to the November general election.

According to the Sacramento Bee, other polls have shown more distance between the two leading candidates:

UC Berkeley’s Institute of Governmental Studies, in late December, had Newsom up by nine points, 26 percent to 17 percent. In November, the USC Dornsife/Los Angeles Times Poll had the race at 31 percent to 21 percent.

The San Jose Mercury News reports that a University of Southern California poll, taken Jan. 21-28, showed Newsom leading with 25%, followed by Villaraigosa at 10%, Cox at 9%, Chiang at 8%, Allen at 7%, Eastin at 5%, and Ose at 3%. The News adds that an internal poll conducted by David Binder Research for Newsom’s campaign, taken Jan. 31-Feb. 4, shows Newsom leading with 30%, followed by Chiang and Villaraigosa each at 11%, Cox at 7%, and Allen, Eastin, and Ose each at 4%.

The USC and Newsom campaign polls were both conducted online and neither listed Villaraigosa as the former mayor of L.A. Instead, he was introduced to respondents as a “businessman” and “entrepreneur/small businessperson.” Villaraigosa won’t be described as a former mayo on the ballot. State election rules say ballot titles must list a candidate’s current “profession, vocation, or occupation,” and specifically ban the use of words like former and past. It appears that is going to be an advantage for Newsom. 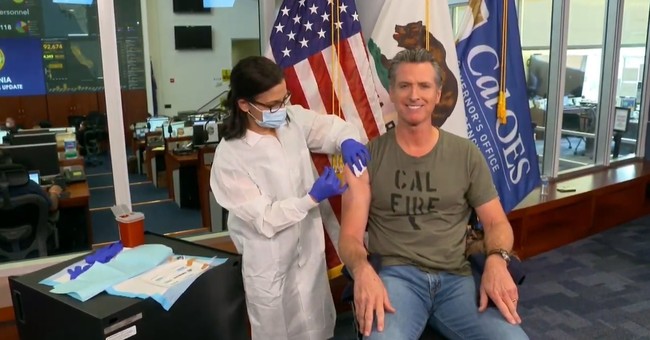 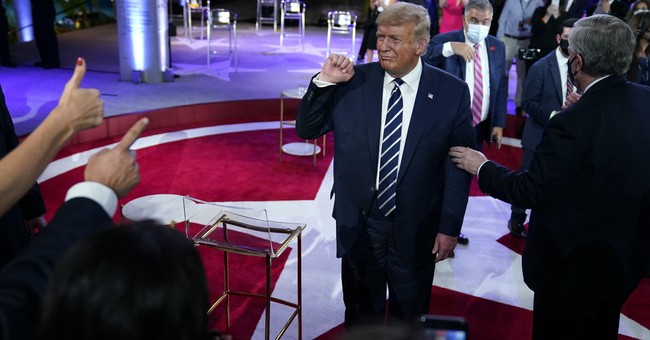 The Area Where Pollsters are Missing Trump's Invisible Edge over Biden

Biden and Harris have awful records. I’m voting for them anyway. 'Scary to think about': Sean Ono Lennon says 'collusion between social media and media to manipulate our reality' puts Stalin's machine to shame