That’s the question at hand as it relates to the Kigali Amendment. I have written about the Kigali Amendment to the Montreal Protocol before. While it doesn’t sound very “Trumpy,” this international agreement is firmly in line with the President’s goal of renegotiating deals that hurt America, American companies, and especially American workers.

What would the Kigali Amendment do? It’s complicated, but it would reduce the use of HFCs in air conditioners, — a phased reduction over time.  It would require every participating country to use new, cleaner refrigerants. Turns out, those cleaner refrigerants are made right here in America by American companies. By signing on to Kigali, the U.S. could stop Chinese dumping of cheap refrigerants and essentially force the whole world to use American products. America wins.

But the Competitive Enterprise Institute, predictably, sees it differently. They oppose Kigali and recently issued a WEBmemo criticizing the agreement and supposedly debunking alleged myths about the amdendment. Bear in mind, CEI is a libertarian-leaning think tank. Their concern is not with American workers but with philosophical principles. It’s pretty clear that on matters such as these, President Trump sides with working people over DC think tanks.

The Let America Lead coalition – which is supported by a number of Trump-backers throughout the country – playfully graded CEI’s paper. They judged it harshly, giving it a D- for being “sloppy and misleading.”

In addition to being misleading, CEI is straight up wrong on a number of points. First, they claim the effort behind it is not bipartisan. Not true. Thirteen Republican U.S. Senators signed a letter backing Kigali.

CEI also dismisses the positive economic impact Kigali would have in the U.S. A study [PDF] released earlier this year shows it would add 33,000 jobs to our economy.

Take a look at Let America Leads uncharitable treatment of CEI’s WEBmemo and decide for yourself:

LAL Review of CEI Webmemo by on Scribd Jake Tapper Tries to Gotcha Trump Over Afghanistan and Russia, Here's What He Doesn't Understand

Governors Are Making up Rules as They Go Along – When Does the Public Just Say No? Pelosi on Phase 4 talks: Imagine a giraffe and a flamingo having sex …

It's Kamala Harris? It Really Does Look Like the Biden Camp Might Have Botched Their VP Rollout 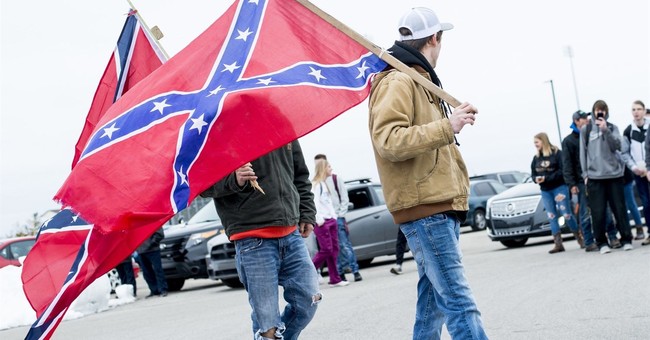 You May Have Thought Things Couldn’t Get Dumber, but a Bed and Breakfast and a Banner in Michigan Begs to Differ