Grim news reports have begun to emerge from the Middle East. Yes, they refer to the same topic that dominates the headlines in the US: the spread of COVID-19.

But these headlines have an added, dangerous element: military leaders are growing concerned about COVID-19 leading to a resurgence in the strength of ISIS and other terrorist groups.

In war-torn Syria, the government is concerned about the makeshift prisons that house tens of thousands of ISIS fighters.

The guards—already overwhelmed, under-staffed, and under-resourced—do not know how they will manage a virus outbreak in the prison. They themselves may become infected, and if they are forced to abandon their posts, what then? 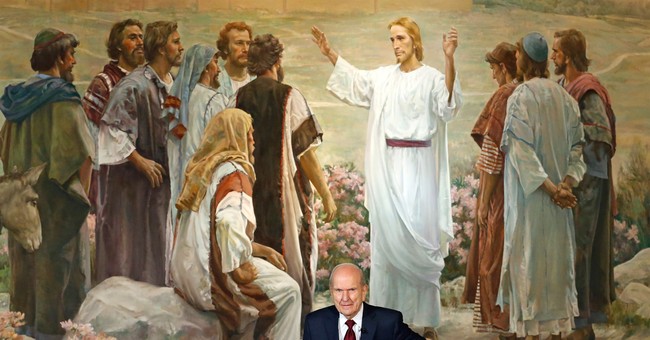 But the problem might be more consequential in a corner of the world we often overlook: in the Sahel region of Africa, where the fight against Boko Haram in Chad, Cameroon, and Nigeria has been going on for over a decade.

Boko Haram attacks on innocent civilians have increased in recent weeks, even as the spread of COVID-19 has challenged government leaders in Cameroon and nearby countries in the same way it has in the west.

One person described a heart-breaking mid-February attack with the following: “Boko Haram arrived that day at around 10 p.m. They stayed for four hours. They burned everything in their path, and when the defence forces arrived, there was nothing left to save.”

Nothing left to save. This is what we risk in Africa and elsewhere if we let our enemies take advantage of the COVID crisis and run unchecked over towns and villages.

The gains they consolidate now could come back to hurt us later—and so it behooves the US military and government to signal to our partners in Cameroon, Nigeria, and elsewhere that we will support them—materially, diplomatically, and militarily if need be.

It’s easy to shrink from this fight right now. We have an urgent fight in our own country, and countless other countries are waging their own battles.

But the challenge of these moments is that they can take a lurking problem like Boko Haram and turn it into a much worse issue once the crisis-du-jour is done.

That’s what we need to avoid, and it’s why a closer relationship with Cameroon matters more than ever. They are on the front lines of the Boko fight.

Their soldiers continue campaigns against the terrorist threat, even as they risk their own health and well-being, both against armed militants and COVID.

It’s also why the Administration’s plan to take a surplus of US ventilators and send it to Africa is the right move.

At a time when countries are rightly going to question China’s role in and response to COVID-19, it helps the US presence in this region if we can credibly be seen helping people on the ground, providing supplies, and continuing to safeguard the oceans and borders that make it possible for those materials to reach people safely.

Pandemics require our focus, but they cannot be a distraction from a fight we have waged for a decade. If terrorists see this as an opportunity, they will take it—and months from now, we will regret having shifted our attention away.

The time for closer partnerships and a renewed commitment is now—before the situation gets out of our control. How Well Did Households Survive In June?