Women In Ranger School, The Politicization Of Our Military

There is more fallout from President Obama’s politicization of our Military. In a two part series, The Daily Caller adapted excerpts from decorated veteran, James Hasson’s new book, “Stand Down: How Social Justice Warriors Are Sabotaging America’s Military.”

These excerpts show quite clearly how the standards in the U.S. Army’s premiere combat leadership course, Ranger School, were subverted. This was the result of a desire by senior leaders to force females through the course in order to achieve the goal of “proving” women were “just as good as men” at close combat.

If you recall, 3 years ago this month, the Army graduated its first two females from Ranger School, followed shortly by a third. At the time there were myriad rumors floating around about standards being lowered and the women being given preferential treatment. I had heard some of this third hand and, based on these excerpts, it looks like the rumors were true. However, the only direct evidence I could come up with was a text message “interview” with one of the first graduates as part of my own investigation. In that exchange, she admitted to having been recycled (made to start over) 3 times. This is usually only done because of injury. This officer had been recycled multiple times for failing patrols. The officer was quite candid and I admit a certain respect for anyone who would make 4 back-to-back attempts to get through the course. I squeaked through on my first try…Thank God.

What I was lacking was evidence of command pressure which Hansen provides in his book as the excerpts in the article demonstrate. Hasson also provides an actual copy of Instructor Comments and extracts of text messages going back and forth after one candidate, who clearly should have failed a patrol, got a passing grade for “motivation.” The second article and its extracts show clearly how the chain of command refused to admit command influence through out this investigation and in some cases, may have destroyed evidence requested by Congressional Representatives.

There are so many things wrong with this.

First of all, is the degradation of the institution. At the lowest level, it diminishes the value of a Ranger Tab. When Soldiers see the “highly coveted Black and Gold,” on their leaders’ left shoulder, they know he has been through the fire and earned it. That no longer obtains. They know the Army has allowed unqualified officers and now enlisted folks to make it through…all on the altar of political correctness.

Second, is the money. It costs a small fortune to produce a Ranger School graduate who graduates on his first try. Think about the opportunity cost that recycling women multiple times produces. Each of these three initial graduates were recycled 3 times. That’s 9 slots that could have been filled by qualified men—and that’s not even counting the expense of running them through a special preparatory course to identify the less than 20 out of a more than 150 who qualify to even give it a try.

Third, is the fundamentally dishonest reasoning for this charade. This whole debacle has been promoted from the viewpoint and desires of the women—and the women make no bones about it. The whole issue is about promotion opportunities, which of course are more numerous in the combat fields. After all, that’s what the military is for, to kill people and break things…not to morally preen about promotion opportunities for women.

Fourth, not only do Senior Leaders refuse to admit to #3 above, but not one, NOT ONE! Flag Officer or Senior Civilian has even attempted to make the case as to how including women in Special Operations Forces and Close Combat units, enhances the military’s, Lethality, Cost Effectiveness, Sustainability (which means something different than the tree huggers say) Combat Effectiveness, Survivability and a host of other metrics by which we measure the effectiveness of our Armed Forces. The closest to any sort of explanation was by a 4-Star General who told me that we needed to put women through Ranger School and the Special Forces Qualification “Q” Course for two reasons: One, to train the females who interact with Muslim women and, two, to generate the same capability we had during World War II with female OSS operatives.

My answer to that? We did just fine in World Wars I and II, fighting in North Africa, without spending millions to train American females to grope Arab women. As far as women in the OSS, we already have a system to get that capability. It’s called, “The Farm.” There is absolutely no need to totally upend a well functioning system merely to make a political statement.

Finally, there’s the elephant in the room that no one dares point out. Close combat is men’s work. Women in general, are not suited to this type of thing. It requires upper body strength, endurance and aggressiveness…all male attributes. Can certain females, through brute force efforts, be trained to a point where they can compete marginally with the bottom quartile of qualified men? Of course. But that isn’t the point.

It makes no sense to do as the Army did, selecting 150 or so of the “best” women, then putting them through an extensive and expensive preparatory course just, to get them where they could meet the bare minimum standards merely to enter Ranger School. Only 19 of those selectees were able to satisfactorily complete prep course and actually enter a Ranger Class. Of those 19, not one graduated the first time through, nor the second, Eventually, after multiple “recycles” and at the behest of the Commanding General at Fort Benning, the Ranger Training Regiment was able to brute force three women through the course and on to graduation. What are we getting for all of that? Nothing more than some sort of bragging rights, another “glass ceiling” broken and increased promotion opportunities for a handful of women.

Then there is the bio-socio part of this. Infantry squads and platoons are male-centric—they are locker rooms if you will, fueled by testosterone and aggression. They need to be. Close quarters combat isn’t a cerebral exercise where you get points for “trying hard.” Ultimately it means jumping down into an enemy position and sticking a bayonet in his throat. It means as so aptly portrayed in the stairway scene in “Saving Private Ryan,” a brutal, physical fight to the death over a bayonet…the loser dying alone.

For any of you readers out there who wish to believe former President Obama’s absurd statement about bayonets and horses no longer being used, should consult the U.S. Marines who had to retake Fallujah at bayonet point, or the Special Forces Soldiers who took Afghanistan, calling in airstrikes from horseback. No matter how much technology we have, we only end up the victor when U.S Infantrymen stand on our enemy’s territory and force him to surrender…at bayonet point.

Close Combat also involves conquering fear. A big part of conquering that fear, is being part of a male bonded team, a locker room as it were…a place where warriors get pumped up before a big fight…A place where (gasp!) profanity abounds. Combat Arms Squads, Platoons and Companies are close knit organizations. Introducing females into all male these units always degrades morale and teamwork. The Marines did a study on this. All male units consistently out did their all female and mixed sex (yes, it’s “sex” not “gender”) counterparts.

I’m glad Mr Hassen published his book and the Daily Caller, those two sets of excerpts. Take the time to read them.

Mike Ford, is a retired Infantry Officer, and Ranger School Graduate who writes on Military, Foreign Affairs and occasionally dabbles in Political and Economic matters. 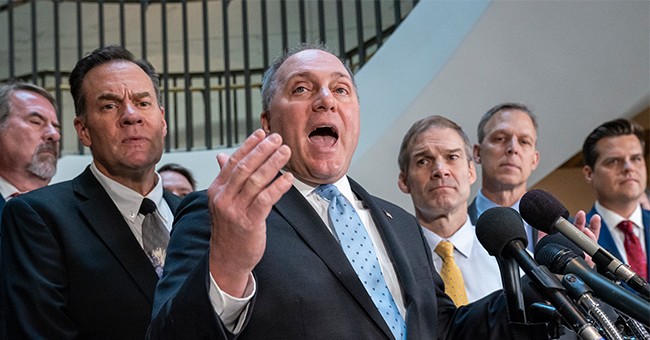