It’s Army-Navy weekend! Kick off is today at 1500R…For you civilians out there, that’s 3:00 PM Eastern Standard Time. Game will be broadcast on CBS. This is the quintessential American Football rivalry. Consider this; Everyone you see playing, is willing to die for everyone watching. Belying the seriousness of the profession, there is always good natured humor that goes with the game…and even percolates out into the community.

In the spirit of levity that always accompanies Army-Navy Football, here’s a reprint of my first encounter with the Alabama Department of Motor Vehicles. What does that have to do with Army-Navy Football? Read on.

About 7 or so years ago, the Army decided that I should be medically retired due to some nefarious crud that had infiltrated my pulmonary system, likely from one of the many Iraqi oilfield fires. The Army was very gracious. After 37 years of service, they worked out a pretty fair trade. The Army would get to keep a chunk of my right lung and I in turn, would escape its clutches to a life of ease—or at least a life where nobody was shooting at me, which is always a plus.

Deciding where to plant my guidon for the winter of my life proved to be easier than I would have imagined. During my final assignment & before being hospitalized, I was the Chief of Staff to the Commanding General of the World’s Mightiest Military Logistics Headquarters. In that position, I did a lot of official travel along the I-20 corridor.

Whenever I happened to be traveling in uniform and stopped for gas in the great state of Alabama, it proved well nigh impossible for me to purchase my own coffee. I mean, folks would actually have words, over who would have the “privilege” of buying me a cup.

I decided, I really liked this place and these people. So, I consulted with Her Royal Majesty, Queen Teresa and with Her Majesty’s approval, we purchased a little cottage on the lake near Talladega (Ricky Bobby!). We were in hog heaven.

For the first 60 days or so, we were filled with the excitement of making Alabama our new home. One thing that continually amazed us was the enthusiastic patriotism of the citizens of our chosen abode. Quite often, ARMY friends of ours would query us as to how we liked being “Alabamans by choice.” We’d regale them with stories of just how patriotic these Alabama folk were—and they really are…Americana at its finest.

Alabamans are so patriotic that almost everyone here supports the ARMY-West Point Football team. Of course, as a Class of 1980 Graduate of that World Class institution, I am naturally drawn to such folk. Point of fact (or so I thought) there were so many Black Knights supporters, that they had divided themselves into two factions. One camp had as their symbol a “Roman A” overlaid (for some strange reason) on a “U.” The other faction had as their symbol, a “Cursive A.” For no apparent reason, these two groups of patriotic Americans actually hated each other.

I mean it was almost as bad as the Sunnis and the Shia in Southwest Asia. One late Saturday morning, Her Majesty and I were sitting in a little Rib Joint called, “The Shack.” It was filled with a bunch of folks wearing red shirts with white “Cursive A’s” on them, all quite obviously ARMY Team supporters. It was normally a quiet place. But this Saturday, it was packed to the gills. Somebody had mentioned something about and “iron bowl.” Anyhow, in walks this guy wearing a “Roman A” shirt. I swear it was just like one of them old Westerns, you know, where the guy walks into the bar full of bad guys…and the music stops. I’m telling you, that dude was lucky to make it out alive, much less with an order of ribs.

This kind of thing bothered me for quite a while—until it came time to register vehicles and get my first Alabama Driver’s License. Very easy process, especially for a Veteran. I believe I’ve mentioned how patriotic these folks are, right?

So, I fill out all the forms while chatting up the very nice young lady behind the counter. However, just as we are about to go over to get the de-rigueur mug shot, the mystery of the feuding A’s was suddenly resolved, as that nice lady said, “Colonel, before we go any further, you’ve got to declare.” With some trepidation, likely due to some of the “nonstandard” behaviors now not only tolerated, but downright encouraged by today’s Army, I tentatively responded, “Declare what?” Pulling out yet another form she responded, “Auburn or Alabama?”

Ahhhh. At that point, it all finally made sense, especially the Showdown at The Shack. I politely asked the sweet young lady if I could choose another team besides Auburn or Alabama. Suddenly and inexplicably turning cold in her demeanor, she replied, “Yes,” spitting out, “but only with a waiver.” I pulled out my DD214 and boldly stated, “I would like to declare for the ARMY-West Point Football Team!”

Immediately, her demeanor softened. She stamped “APPROVED” on the form with a flourish—and with that, we were off for the mug shot. Upon handing me my license, the lovely young lady bid me farewell with a heartfelt, “Welcome to Alabama, Colonel. Beat Navy!” 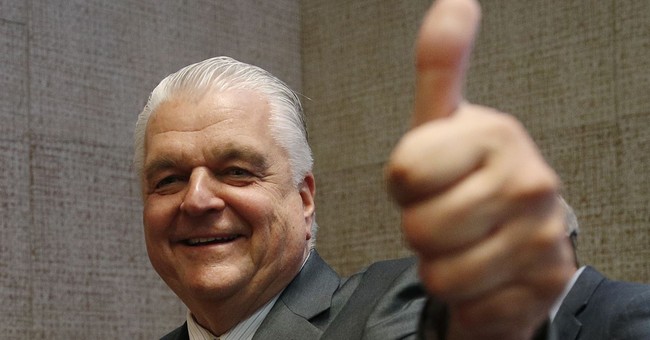