Opinion: 3D Chess — How President Trump Put Everything Together, From Fracking to Iranian Freedom

Despite frantic denials by the left and more than a few on the right, President Trump is indeed playing 3D Chess. Everyone else, on the other hand, is still trying to figure out how to open the box the checkers came in. Think about it. Right now we have the leftist naysayers (and even a few conservatives) decrying every decision President Trump has made regarding Iran. However, eight-and-a-half hours ahead of Eastern Standard Time, Iranians are demonstrating against their own government, calling for the resignation of the Mullahs now leading their nation.

Here is the best part: Government stooges evidently believed that forcibly bussing folks into downtown Tehran, would demonstrate the wild popularity of the government and its national hero (what’s left of him still remains at ambient temperature). Instead, there have been massive and widespread protests against the government. It gets better. The aforementioned stooges, as is their usual procedure, spread large American and Israeli flags on the ground for people to walk upon and spit on while screeching “Death To America!” and “Death To The Zionists!” Much to the surprise of those stooges and the vast majority of the political left in the United States, the overwhelming majority of folks present refused to walk on either flag. Instead, they booed and shouted “Shame on You!” to the (obviously) government agents striding across them. My good friend and colleague Betsy Vaughn has an outstanding piece on this with all the details.

Here is the sad part. The left, in the form of House Speaker Pelosi, Minority Leader Schumer and the rest of the usual suspects, along with their enablers from the Fourth Estate, insist on referring to Soleimani as a “national hero” while shrieking warnings that President Trump is pushing us into an all-out war with Iran.

How did we get here? There were a lot of moves…some apparent and others, not so much. I can’t get into each of them, as Red State requires its authors to be pithy in their prose. Besides, I would likely miss several of the moves that are even today, quite invisible. The theme I’d like you, gentle reader, to keep forefront in your mind, is that success begets success and while he appears to some to be a bellicose buffoon, Donald J. Trump is dumb…dumb like a fox.

Let’s review some of the outwardly unrelated items the President has ticked off of his campaign list. He has

Cut regulation. Especially in the oil industry (fracking). Result: We are now a net energy exporter and this has helped spur economic growth while totally eliminating our dependence on foreign oil.

Gotten NATO partners to not only start ponying up their treaty-required share of costs, but also has them contributing assets in the Syria battlespace. They have also agreed to take a larger role in helping the United States prevent Iranian development of nuclear weapons. That’s a recent development resulting from our effort at removing a bad actor from the terrorist force pool.

Pardoned a number of military members who had been railroaded in the Military Justice System (UCMJ). He followed that up with a public (via Twitter) direct order countering an obviously retributive action contemplated by an Admiral who obviously hadn’t gotten the message. This would bring the U.S. Military back under the control of the Commander in Chief.

Put Iran On Notice. Finally, after showing tempered restraint at previous Iranian provocations, he made the right call and ordered our valiant warriors (yes, Democrats and Obama holdovers in DOD, he can give orders) to terminate a known and declared state-sponsored terrorist, with extreme and public prejudice.

Some time ago, I knocked out a short piece about Trump having a laser pointer and is using it on his cats…the Democrats and their enablers the press.

Read: Twitter is Trump’s Laser Pointer & the Democrats/Media are the Cats

This is over half of what has been going on for the first three years of the Trump Presidency. President Trump says and does numerous “outrageous” things, that get the left stirred up over a 72-96 hour news cycle. Inevitably, things turn out such that he was exactly correct in what he said/did. Then he starts it all over again with an early morning tweet. As time has gone on, the left has gotten so frustrated that they are frothing-at-the-mouth, insanely angry. That frustration and anger, along with their rabid hatred, gets them to say and do politically stupid things.

Meanwhile, and not so publicly, President Trump has gone about undoing decades of bogus regulations that serve little purpose but to provide a reason to keep an army of bureaucrats on the public payroll. He regularly sends judicial nominees over to the Senate, which has become, in the words of the far-left online publication Slate, (emphasis mine) “a judicial confirmation machine.”

While the House of Representatives debates articles of impeachment against Donald Trump on Wednesday, the Senate will confirm 13 of the president’s judicial nominees. The continued churn of Trump’s judicial confirmation machine ensures that the impact of his soon-to-be-tainted presidency will be felt for decades.

Read: While the House Impeaches, the Senate Will Confirm 13 More Trump Judges

How does all of this tie together? Is it just dumb luck? Let’s review: At this point, President Trump is in the position of watching the Iranian people defend U.S. and Israeli flags, while celebrating the Trump-directed death of a mass murderer of Iranians, while the leftists in the United States have put themselves in the position of appearing to support the Iranian government and that same mass murderer.

Let’s put it together:

The Iranian People: They see a tough, focused leader who is decisive. He is also measured. He took no lethal action when our drone was shot down. After all, it was only equipment. But when a U.S. citizen was murdered by terrorist action and our embassy was overrun and occupied, that was a different story. They also see a possible Paladin.

Europe: They now see a tough negotiator who is dealing from a position of strength. After all, as I’ve noted previously, due to our newfound energy independence, the United States no longer has quite as much reason to risk our blood and treasure in Southwest Asia. Europe is another matter. They need Southwest Asia far more than we do. Again, more leverage for the President to insist on them putting more skin in the game.

The Military: They initially saw a political neophyte whose trust they could play upon. They tried him with the Gallagher affair and got put in their Constitutional place. During this latest Iranian episode, they gave him a range of options, one of which they obviously considered a “throw-away option” with which to respond, Trump, the man of action, took that one. Once again he demonstrated he was willing to do what it takes to take bad actors off the battlefield.

And most importantly, The American People: They are adding all of this up. Donald J. Trump came down the escalator and made a number of promises to the American People. He promised to fix the economy, fix immigration (Build The Wall!), get us out of endless wars, and Make American Great Again! Pundits recounting the initial phase of the war in Iraq, like to use the phrase “20 Days to Baghdad.” That’s incorrect. it was 2 years—and 20 days. It took the better part of two years, just to prepare the battlefield and get all the stuff and all the people where they needed to be, in order to achieve that 20-day success.

President Donald J. Trump has done the same thing. Through highly visible public statements and actions, along with many, well-below-the-radar initiatives, he has assembled a machine that has Iranians declaring, “America and Israel are not our enemies, but the Mullahs are.” Meanwhile, the leftists in the United States are seen as supporting murderers. He’s put all the pieces in place over 36 months to achieve a huge objective in what seems like one week. At home, he’s built a burgeoning economy and as he promised, built at this point 200 miles of wall. He gets stuff done. he does his best to do what most politicians don’t, keep his campaign promises. How do you believe that will play out in November? 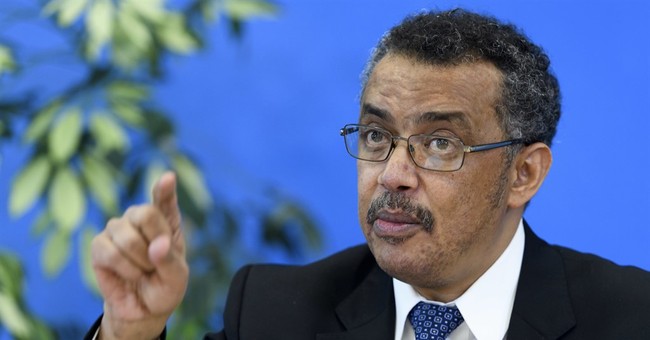