Opinion: How Best To Determine Government Payouts To Individuals For Wuhan Virus 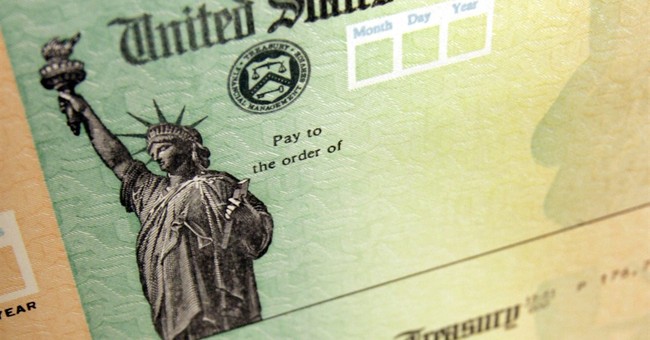 In this May 8, 2008, file photo blank checks are seen on an idle press at the Philadelphia Regional Financial Center, which disburses payments on behalf of federal agencies, in Philadelphia. The Internal Revenue Service touches everyone, not just taxpayers but anyone who receives a government check, drives on roads made possible by tax revenue or sends a child to a school helped by Washington. It’s a touch that can come with a heavy hand, in the eyes of critics who believe the agency’s far-reaching powers are abused and the agency needs to be cut down to size. (AP Photo/Matt Rourke, File)

Well, the dollar amounts are in and it looks like Americans are going to get a windfall from themselves…at least from the folks who actually pay Federal Income Taxes. From FOX News Online

Saying lawmakers “need to take bold and swift action as soon as possible,” Senate Majority Leader Mitch McConnell on Thursday introduced legislation to provide as much as $1,200 per person and $2,400 per couple in the U.S. amid the coronavirus outbreak and skyrocketing jobless claims.
The draft legislation, obtained by Fox News, would provide minimum payments of $600, and aid would be phased down at adjusted gross income thresholds of $75,000 for individuals and $150,000 per couple. Additionally, there would be $500 payments for each child.

This is a typical government response. Not only is the idea fundamentally wrong, but as usual, the execution is terrible. It sounds all well and good to base the assistance amount on income. But that’s far too simplistic. I live in Talladega (Ricky Bobby!) Alabama. $500.00 will buy a whole lot of groceries. If I use it to buy bullets and bait, it will stock my freezer for a year. 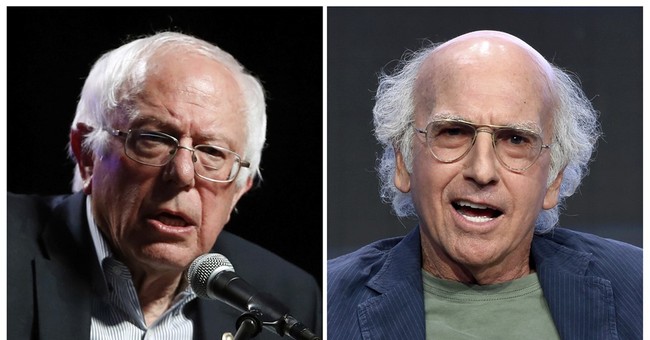 I have a lovely daughter who lives in New York City. Ask anyone up there, 500 bucks don’t get you very far. Ahhh, I hear the folks in the cheap seats kibitzing once again. “Hey Ford! Just how is the Federal Government supposed to factor cost of living into this operation without it taking months?”

The solution is quite simple, and I’m pretty sure the Federal government is already (still?) using it. I remember it well as it was the focus of many not-so-joyful encounters with DFAS…Defense Finance and Accounting System. DFAS is the system the United States Government uses to pay all of its Service Members. It is also the system through which we all filed our Travel Vouchers when we were sent on official orders to one part of the World or another.

#TBT My mission director @Buzzs_xtina's favorite piece of my memorabilia. My travel voucher to the moon. #Apollo11 pic.twitter.com/c89UyOfvgY

Side note…Aldrin and the rest of the crew also had to sign a U.S. Customs Declaration. Just for your amusement…here it is.

Now onto today’s issue. Although Aldrin and the rest of his crew filed “Government Transportation, Quarters and Meals were provided,” that is not the case with all Military TDY (Temporary Duty) trips. In many if not most cases, DFAS must determine how much is reasonable to allocate for trips to varied destinations. A hotel room and decent meal in Columbus, Georgia is far less expensive than say, Chicago, Illinois. The way DFAS calculates this, is a cost of living formula based on the Zip Code of the travel destination. The hotel and meal allowance for Boston, Massachusetts is of course, significantly higher than for say, Birmingham or Talladega (Ricky Bobby!) Alabama.

If we insist on handing cash to folks, then income level is certainly one factor to consider in determining the appropriate amount. So is cost of living in the recipient’s domicile. It wouldn’t take all that much effort to enlist the Defense Department’s assistance by using their cost-of-living, by Zip Code algorithm to make sure both an Alabaman and a New Yorker each get the appropriate amount. This isn’t hard.

Mazie Hirono Discusses the Economic Stimulus Bill; It’s Like Fingernails on a Blackboard

Wuhan Virus: How to Hold the Communist Chinese Regime Accountable

Why are some with anxiety and depression are feeling better during an outbreak? – HotAir