While most of us have been caught up in the sensation of electoral politics and the death of the union machine in Wisconsin, liberal activists have been working indefatigably to pack the courts – the unelected branch of government – with radicals who disrespect the Constitution.  We might have turned over a number of congressional seats and state houses in 2010, but Obama has successfully turned over many conservative seats in our federal court system.  Since taking office, Obama has appointed 150 people to federal judgeships, including 29 to appellate courts, and 2 to the Supreme Court.  He has had an indelible effect on the orientation of the 4th Circuit in particular.

While Republicans have successfully blocked some of Obama’s most extreme nominees, they have voted to confirm the vast majority of them.  Many Republicans have insisted for years that anyone who is “qualified” to serve as a judge deserves to be confirmed, irrespective of their judicial philosophy or ideology.  This school of thought suggests that as long as the nominee has the requisite resume and is clean of ethical violations, he/she should sail through the nomination process.  That is the grim consequence of elections, they contend.

This rationale is seriously flawed.  Any judge who conjures up new rights that are not in the Constitution or denies those that are explicitly enumerated is automatically unqualified to serve on any court.  On Monday, one such individual will receive a floor vote in the Senate.

Earlier this year, Obama nominated pro-abortion radical Andrew Hurwitz to serve on the 9th Circuit Court of Appeals.  Hurwitz had previously been appointed to the Arizona state Supreme Court by ubber-leftist Janet Napolitano.  On the Arizona Supreme Court, Hurwitz has exhibited a disregard for following the Constitution.  Congressman Ted Poe has written a letter to Senate Republicans urging them to oppose the nomination.  Here is an excerpt from the letter:

As a young law clerk, Mr. Hurwitz played a key role authoring Able and Able II; two 1972 decisions which are clearly reflected and expanded upon in the Supreme Court’s ruling on Roe v. Wade.  Roe stands almost undisputed as an unprecedented judicial usurpation of legislative authority in its fabrication of a “right” to abortion—a “right” that had never before existed in the Constitution.

This trend continued in his arguments to the Supreme Court in Ring v. Arizona.  Acting as a pro-bono attorney, Mr. Hurwitz suggested that the Supreme Court change the wording of the Constitution in order to arrive at a ruling based on his beliefs, not on the rule of law.

This in itself should disqualify him from serving on a higher court, irrespective of how much “experience” he has promulgating his legislative initiatives from the bench.  Yet, his nomination was passed out of committee last month with bipartisan support from Lindsey Graham, Tom Coburn, and Jon Kyl.  Some might dismiss the importance of this judicial battle.  Heck, it’s the 9th circus; he’ll easily fit in with the rest of the panel.  That might be true, but as long as we have 47 seats in the Senate, there’s no reason we should help confirm any radical for any court.  Moreover, there is always the hope that some day we will be able to break up the ninth circuit into two branches.  We don’t need another Saul Alinsky disciple on the court.

Call your Republican senators and ask them to filibuster the nomination of Andrew Hurwitz. 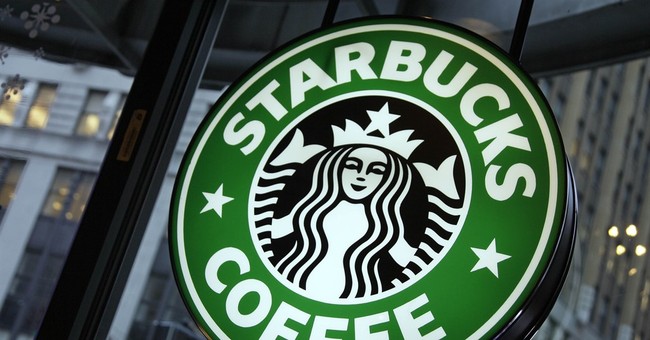 Is It Worth Dashing for Starbucks' Stars?