Mitch McConnell, the Farm Bill and the Power of Logrolling

Earlier today, the House passed the Farm/Food Stamp bill boondoggle.  Sadly, only 63 Republicans opposed it.  The bill locks in Obama’s food stamp regime, creates and expands numerous Soviet-style agriculture subsidies and conservation regulations, and authorizes more spending on the biofuels fiasco.  House Republicans got rolled in the conference committee by Senate Democrats, yet almost 75% of the conference dutifully followed leadership.

Click here for a color-coded spreadsheet of the GOP vote.

There is also one other point overlooked in this bill – earmarks.  You will notice that some good members voted for this terrible bill.  In particular, Rep. Thomas Massie (R-KY) voted for the bill!

Well, knowing Massie he wasn’t too enthralled about the underlying piece of legislation.  Presumably, he supported the bill because a provision to allow a pilot program growing industrial hemp was inserted into the legislation. And, guess who is now bragging about his involvement in this form of logrolling? That’s right, Sen. Mitch McConnell (R-KY).

Thanks to Mitch McConnell, he made it easier to grow government and increase spending.  Industrial hemp is very popular in the state, and what better way to buy off votes than by inserting this provision into the bill.  While this provision might not meet the technical definition of an earmark, it has all of the harmful characteristics of one.

We’ve always noted that the problem with earmarks or extraneous provisions is not the “small potatoes” expenditure.  The problem is that the $500,000 earmark is then used to buy off a conservative vote for a $1 trillion omnibus, farm bill or some other terrible transformational legislation.  The earmarks are used as the magic “grease” to garner majority support for big-government legislation.  Once we reinstate the practice of earmarking, we will never be able to mobilize a majority within the Conference to oppose any big-government legislation.  Most of them will be seduced into supporting bad legislation through personal earmarks for their districts.  This is the “multiplying factor” of earmarks.

This hemp provision is a superlative example of how Mitch McConnell and others quietly enable the growth of government.  If this is something that is necessary and popular then pass it in a separate bill.  Placing it in a massive welfare/subsidy bill only helps advance the liberal agenda.  Would McConnell and others have supported Obamacare if it had a hemp provision attached?  We’d hate to see what finds its way into the immigration bill!

It is precisely because of leaders like McConnell and the use of logrolling provisions that we are stuck in the situation we are in today.

And this is another reason why we must change leadership.  I’m not here to dump on Massie.  He’s a great conservative.  But that’s the point.  The way GOP leaders do business is so antithetical to our values that it creates a “meat grinder” dynamic in which even the best members are faced with tough decisions on bad votes.

Business as usual in Washington will never change with current leadership.  They are not a symptom of the problem.  They are the problem.  Not only do people like Mitch McConnell enable the growth of government, they corrupt an entire state delegation and act as a malignant force on the broader effort to downsize the federal government.  That is why we need game-changers like Matt Bevin in the Senate. Over 200 BLM People March on the Home of the Seattle Police Chief, But the Neighbors Weren't Having It 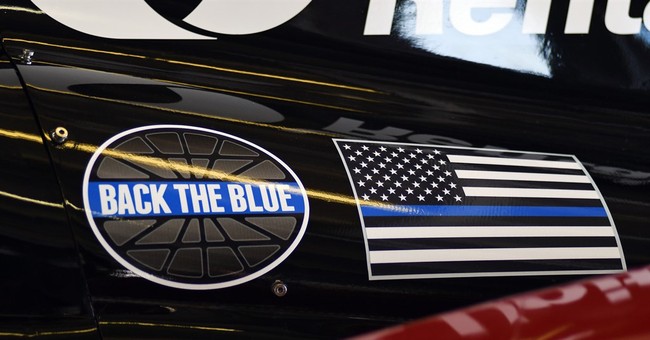