They Came to Make a Ruckus

Ben Domenech is currently at the Capitol and will be filing live reports from the Republican energy “Speak-in.” Keep checking below the fold for updates.

So here they come, those stubborn House Republicans, the persistent vagabonds of Washington D.C., haunting the footsteps of absentee Speaker Nancy Pelosi. The cameras are off – the microphones are off – and the long line of Capitol Hill tourists heading through the gallery are the only audience for a long list of speakers on the current energy crisis. And what an audience they are, applauding with regularity. The members refuse to leave the floor, staying on Capitol Hill to work as the Democrats flee back to their home districts, and they plan to keep hammering away at this issue as long as possible.

The grandmother from Ohio, waiting in the tourist line outside, snags a member’s arm to say: “Drill already. Drill everywhere. We need it, and we need it now.”

In the ranking of political stunts, this one’s got a nice soupcon of Animal House antics – was it over when the Germans bombed Pearl Harbor? It’s all in good fun – unless you’re Nancy Pelosi.

“Members are feeling immense pressure on this,” Texas Rep. Mike Conaway says, “and the Speaker is just doing her best to avoid it. And that’s not going to work when this is an issue that cuts across so many political lines – more than immigration, more even than health care.”

“She’s the Speaker of the House, not the Speaker of the Democratic Caucus,” he adds. “She could have avoided this whole thing by giving us a chance to talk about it last week – but instead she shut us down early, and got out of town. And so we’re here, and her members are back in the district getting an earful from their constituents.”

“Anything that drives this point home every single day is worth doing,” says NRCC Chair Tom Cole. “A lot of the Democrats agree with us – but Speaker Pelosi is manipulating the rules, and abusing the process, to keep us from having a straight up or down vote.

“This is an issue that the Democrats used to vilify us, and we’ve now been vindicated. We’re for exploration and production – and while they attacked us for environmental irresponsibility, many of them now understand: we needed to be doing this years ago.”

“I’m sure she didn’t anticipate this,” says Rep. Wally Herger, whose CA-2 district borders Pelosi’s, and has received letters from constituents saying they’re having to consider quitting their jobs because they can’t afford the commute. He cites a San Fran Chronicle poll pointing out that 51% of all Californians support offshore drilling, and 58% of Democrats nationally. “This is democracy at its worst and at its best.”

Updates below the fold, with more to come…

The lovely and talented Marsha Blackburn stops by – she’s here in town, advancing this argument, even though her primary election is Thursday – as Barack Obama comes onscreen to deliver his energy plan in Lansing, Michigan. Some staffer hit the mute button – but we wouldn’t have heard it anyway, as it’s drowned out by applause from the gallery and tourists sitting on the darkened House floor for the latest remarks from Republican members.

“Drill now is not a hoax, is not a mirage, it’s real life. The price at the pump is real life,” Blackburn says. “In my district, we feel this impact every single day – from school buses to military bases to infrastructure. Most fiscal budgets that looked ahead to estimate fuel costs for all of these organizations were drastically unprepared for this current crisis – our constituents can’t carry out their plans for their family budget, their small business, or any other organization. This issue hits everyone who doesn’t have access to mass transit.”

“Because we don’t have the visuals, because we can’t have cameras on the floor – even though Speaker Pelosi could, of course, permit them if she wanted – the coverage for this won’t be as good as we’d like. But we’re here because this issue is so important. And I know our constituents will appreciate that.”

Update:It’s such a contrast to watch Barack Obama’s energy remarks going on at the same time as the House energy rebellion continues. House members of all parties tend to be scrappy politicians – having to stand up for election every two years makes you that way, and every GOPer who’s stopped by has admitted that they’re really just making this whole strategy up on the fly. They recognize that Speaker Pelosi is just running interference for a candidate whose ever-shifting positions change with the winds, and they have no illusions or put-on politeness about the fact (as opposed to the courtly respect of the Senate, where such suggestions would be considered downright rude).Obama, so unused to having to answer significant issues of domestic policy, is giving a speech that looks profoundly uncomfortable for him. He purses his lips, and shifts uncomfortably, wishing he was in the round again, talking about vaguer and less politically divisive sentiments. Things would be so much easier if cars ran on magic.You can follow Rob Bluey’s updates here – he’ll have photos soon: blog.heritage.orgYou can follow Amanda Carpenter’s updates here: www.townhall.com/blogUpdate:

So here’s the story on calling back into a special session: Pelosi is essentially the only one who can do it. While it’s true the President can call the Congress back into special session, which would necessitate a response, Pelosi could respond by just gaveling the House into session, have the pledge and the prayer, and then gavel them back out of session. And that, while it would have a bit of student body president hilarity to it, won’t, you know, work.

Obama’s energy plan responds with typical silliness to the current crisis. Drawing on the strategic petroleum reserves is rather like responding to the discovery that your company is hemorrhaging a million dollars a day by tapping into your child’s college fund. And fuel efficient cars are all well and good – but even if everyone bought a Prius tomorrow, it wouldn’t solve anything. “We can’t achieve these goals without cost or sacrifice,” he says – but not all Americans can afford these costs or sacrifices as easy as some, and the public is not going to be satisfied with his “just use less” message.

Tales of the gap between constituent lifestyles and Obama’s pie in the sky message abound on the House floor today. Over and over, the question becomes: why isn’t Washington doing something about this? Why aren’t we tapping into the energy that lies beneath our feet? Yes, we can work toward longterm solutions, but Americans are hurting right now.

As Erick said the other day: “Inflating your tires and getting a regular tune-up sounds more like Obama’s plan for ego maintenance than it does for helping American families.”

Update: Here’s a rough schedule of today’s speakers. It is subject to change, and others are expected to participate as the week goes on.

Update:Someone in the comment section said they called their Congressman’s office and was told that this was “very much against the rules” (restrain the laughter of envisioning Jeb Hensarling as a leather jacket clad Rebel With a Cause), but that’s really not true. There’s nothing happening here legislatively in violation of any rule, and Speaker Pelosi could give C-SPAN permission to turn on the cameras at any time (in fact, they’ve been calling Pelosi’s office nonstop to find out about it – c’mon, doesn’t she understand this is good theatrics?). It’s really just an excuse.

At the press conference, Fox, CNN, Roll Call, The Hill and others were present – and spotted in the press gallery: Dana Milbank. Now you HAVE to talk about it, dude. You’ve SEEN it! You can’t UNSEE it!

Update:You’ve got to love the spectacle when suit and tie members loosen up a bit in front of a crowd of t-shirt wearing tourists, surprised to find themselves witnesses to a nice little legislative protest. It’s like they’ve all started taking cues from Manny Ramirez over the weekend, and they brought the signs and props to prove it. Case in point: Rep. Blackburn, brandishing a bright red gas can in one hand and a lightbulb in the other on the House floor, making a point about the Democrats’ energy plan or lack thereof.

Update: After going for three-plus hours, most of the twenty members lined up in the front of the chamber, thanking those present and heading out to a press conference, to the applause of the citizenry present. I’ll hit ya’ll back with what they said shortly. 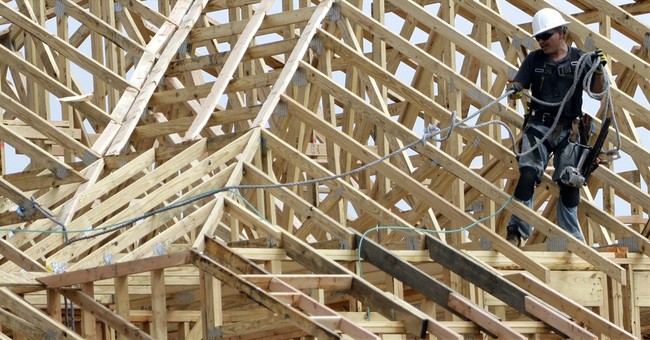