Well, now this is something. The New York Times is actually reporting the Dems still do not have 60 votes, even after Senator Reid’s much trumpeted vapor deal by the MSM (mainstream media):

“Democrats do not dispute that they still have not nailed down the 60 votes that will be needed to approve the health care measure.”

You’ve probably heard about a possible “deal” in the Senate to do away with the public option.

But the deal is far from done. If voters generate a massive outcry around this and progressive leaders in Congress fight back, we can fix it.

So now that the left has weighed in against the Reid vapor deal, it will put pressure on those liberal Senators who were tapped by Senator Reid to negotiate with the moderates to pull the bill farther to left, making an agreement more difficult, to say the least.

Even before the pressure from MoveOn.org, The Hill reports this morning that the Landrieus and Lincolns of the Senate are not on board the Reid vapor bill:

“Two centrist Democrats at the center of the Senate’s tense healthcare reform negotiations insisted that there has been no compromise deal on the legislation despite Majority Leader Harry Reid’s (D-Nev.) pronouncements.

And the following, from a Politico story titled “[Senate] Moderates uneasy with Medicare plan,” explains why:

“by Thursday, the shine had dimmed, as senators grew restless over a lack of information and declined to commit their votes until they could review the legislative language and the Congressional Budget Office cost estimate. Republicans also stepped up their criticism of the plan.

“Snowe said the Medicare expansion exacerbates an “already-serious problem,” with the low government reimbursement rates for doctors and hospitals that serve Medicare patients. It could force her to vote no, she said.

“Lieberman indicated that he was growing “increasingly concerned” about the proposal.

“And Nelson said allowing people ages 55 to 64 to purchase Medicare coverage could simply be an intermediate step on the way to an entirely government-run health care system — “which I do not like.”

“I wouldn’t be surprised if this thing does not become a viable option,” Nelson said. “I think it is going to be the lesser of the popular things, but I am keeping an open mind.”

Other Democratic Senators are backing off the Reid vapor deal, The Hill reported at noon today:

Reid announced this week that Democrats had reached a “broad agreement” on replacing the public option with a Medicare “buy-in” provision and a series of non-profit insurance plans similar to what federal employees are offered.

But apparently that “broad agreement” didn’t include Nelson.

“I think when we get the score back from CBO that it’s going to be too costly,” Nelson told Fox News Live today.”

By the way, the word on the street is that the other Senator Nelson has been bought off — something about him being an appropriator. 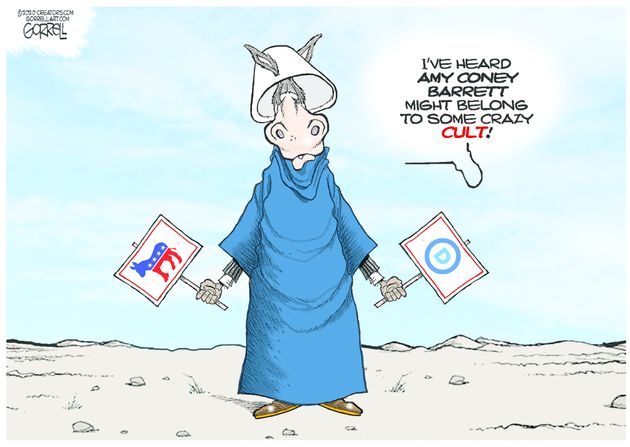