Amidst the New York Times’ concerns that John McCain picked Sarah Palin to be his running mate without fully vetting her – at least not enough to discover that her daughter was pregnant, her husband got a DUI two decades ago, and she defended her sister against an abusive lout – comes word of something McCain did know. This was from the report sent to McCain by his veep vetter, Arthur B. Culvahouse, Jr. We owe a national debt of gratitude to the Associated Press for bringing this to our attention, as it cuts to the core of what we want and expect from our Vice Presidents.

Palin had once received a citation for fishing without a license.

This is a deal breaker.

Does any of this stuff matter?

Is it possible that McCain’s vetting team could have discovered this information but completely missed the bit about the State trooper who abused her sister? Governor Palin told them about the fishing license bit but forgot to mention, by the way, that her daughter was pregnant? That is what the media would have us believe.

This comes at a time when John McCain has been calling into question Obama’s judgment. By trashing Governor Palin over these matters, the media is attacking John McCain’s judgment.

It is also an almost blatant attempt to neutralize one of the most important results of Palin’s selection: energy and action. John McCain’s potential base has been, for the largest part, lukewarm at best about his nomination. Sure, most of the votes would be there, in part because of the justified concerns about Obama’s bad intentions for our country and its future, but McCain need energy and enthusiasm. The Palin pick has so far brought him that, which will help his campaign in ways far beyond what fraction of former Hillary supporters he might pick up.

Volunteers and activists. McCain’s campaigns needs people to energetically man phone banks, go door-to-door, distribute and display yard signs, all of that. McCain/Palin should do that in numbers of which that McCain/Pawlenty-Lieberman-Romney could not. Donations. Excited people contribute money, just ask Plouffe. John McCain/Sarah Palin is building excitement like McCain/Whomever or John McCain alone never could have done. Obama’s team and his supporters, including those in the media, do not want this. This election was to be an easy one. Whether they are conscious of it or not, these folks are driven to attack Palin and her family for the types of specious things which would be for the most part ignored from Obama or Biden.

If David Axelrod is playing this harp, nice try, but this symphony requires someone more talented and precise. Steve “What Enthusiasm Gap?” Schmidt doesn’t seem bad, but I doubt the harp is his primary instrument.

But will the media by it when Axelrod tries to tell them that Governor Palin was abducted by a UFO? Oh, it will be fun, and of a lot more public interest than these personal matters and the bit about the fishing license. 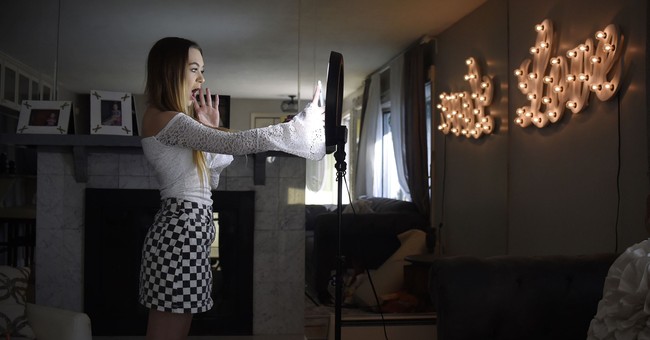