For the vast majority of people, reading a myriad of documents, projections, charts and essays on fiscal policy is an incredibly grating activity that’s about as fun as brushing your teeth with rebar. For that reason, most Americans haven’t taken the time to examine accurate, up-to-date numbers on how our government collects taxes and spends money. The ignorance that follows this breach of civic duty greatly benefits ideologically driven progressives and spend-happy nationalists alike. And from my experiences, this ignorance is far from limited to the politically apathetic.

Quite frequently, I run across activist leftists who are under a common set of misapprehensions that typically go as follows: U.S. social spending has fallen in recent decades, from what it was before, along with a drop in tax receipts from rate cuts, and a sharp rise in military spending. Spend any time discussing these issues with contemporary progressives, and you will notice that most of them have an odd nostalgia for the fiscal realities of mid-20th century America, when people supposedly paid higher percentages of their income (up to 90%) in Federal taxes, and Lyndon Johnson ushered in a brief moment of massive welfare state spending, before heartless Republicans cut all of that away.

The numbers tell a very different story, however. To start with taxation, according to data supplied by the Federal Reserve Bank of St. Louis, all Federal tax receipts (from income, to payroll, to business taxes) as a percentage of GDP were just above 13% in 1950, and hit a short-term peak of about 18% in 1952, before coming in below that percentage every year until 1969. The highest percentage for any single year from 1950-2016 was the year 2000, during the end of the 1990s economic boom, when Federal tax receipts reached 19.69% of GDP. By 2015, we were back to collecting over 18% of GDP through Federal taxes, and in 2016 it was 17.59%.

(Note: these percentages can vary slightly depending on which source you use, since estimating GDP is not an exact science, but I figured the Federal Reserve was as close to a gold standard source as you can get).

The average for tax receipts as a percentage of GDP from 1950-2016 was 16.88%, which is actually less than what our Federal government has been taking in over the past three years. The spikes and drops in this percentage over the decades is primarily the result of cyclical changes in the economy, most noticeably the drop that followed the economic collapse in 2008. It tends to fall some during economic downturns, and rise in more prosperous times, as one would expect. But the point is, starting in the 1950s, when marginal income tax rates were much higher than they are today, there was no clear overall decline in what the Federal government was taking as a percentage of our national income. Even after multiple instances of those rates being cut and consolidated.

It’s been well documented in conservative circles that one of the reasons for this was how much easier it was to avoid taxes back in the 1950s. On two separate occasions, once in 1969, and again in 1986, the tax code was reformed and tightened (both under Republican Presidents for what it’s worth), to make it harder to avoid paying a higher tax bill. This included closing major loopholes, introducing the Alternative Minimum Tax, and more. In other words, the glory days of 90%+ marginal tax rates on top earners are pretty much a fiction. Yes, those were the rates that existed on paper, but it isn’t effectively what people paid. Americans, as a whole, are paying about as much as they have since World War II ended. Higher-income Americans, for whom the left is most concerned when it comes to tax rates, continue to pick up a very large share of that. They even pay a majority (depending where on the pay scale you think “high income” begins), and more so in recent years with the expiration of the Bush-era tax cuts on their income and capital gains rates, and the introduction of new taxes from the Affordable Care Act.

While tax receipts have remained relatively steady over the decades, the same cannot be said for spending, in particular, spending on transfers and entitlements. A detailed breakdown of spending data, that includes annual account-by-account projections of current spending levels, as of January 2017, can be downloaded from the CBO’s website, and updates should be uploaded as time goes on. But a shorter summary document for the latest full fiscal year, FY 2016, is also available.

Almost half of total outlays, which amounted to $3.854 trillion in Fiscal Year 2016, came from just three programs – Social Security at $905 billion, Medicare at $592 billion, and Medicaid at $368 billion, for a total of roughly $1.865 trillion, or about  48.4% of outlays. Add in the many miscellaneous transfer programs that cost us many hundreds of billions in total each year, from SNAP benefits, to unemployment insurance, subsidies for health insurance plans, WIC, tuition assistance programs, housing subsidies, and the myriad of others, and you’ll see that the primary function of our Federal government is no longer to protect life, liberty, and property, if that ever truly was its function. Today, it primarily functions as a transfer payment clearing house, where money is moved from some groups of citizens into the hands of others.

But what about all that money we spend on guns, tanks, and missiles?. Well, the defense budget amounted to $565 billion in Fiscal Year 2016, making it the third largest budget item. That total is up slightly from 2015, but still down overall from 2014.

Although, things get really interesting when you take a more historical look at spending. In 2013, Nate Silver did just that back when he was blogging for the New York Times, in a post titled “What Is Driving Growth in Government Spending?” Nate’s article is a good read, and I encourage everyone to take a look, in particular at the graphs he includes, which look at both Federal spending, and overall government spending in the U.S. as a percentage of GDP from 1910-2010, by category. The first thing you will notice is the explosion in entitlement spending, which effectively didn’t exist in 1910, but is the largest category by 2010. The next thing you should take note of is that military spending, even after WWII, used to be a higher percentage of our GDP. The economy has grown faster than our military budget has.

To be clear, this isn’t an argument to increase military spending, and let military contractors control our nation’s purse strings. I’m simply pointing out that all the hysteria over the “military industrial complex” taking over in the past few decades, especially since the 1950s, is largely just that – hysteria. The blame for our national debt exploding to almost $20 trillion cannot easily be placed on increased military spending, because there hasn’t really been an increase relative to the size of our economy, or tax receipts. It’s only increased in absolute terms.

Now, what to do about all of this going forward is an entirely separate question. If we let transfers become a continually larger share of our Federal, and even state-level spending (which I haven’t even gotten into), we will risk killing off the individualistic spirit that is still fairly alive and well in America. That means we stop being special among developed nations.

While the point of this article is to educate people on fiscal truths, rather than inculcate you with policy proposals, I feel there is a unique opportunity before conservatives to grab the high ground on this issue. It may be time to support a negative income tax, or as it is more commonly known, a universal basic income. Such a program has been supported in various forms  by multiple thinkers on the right, from Milton Friedman to Charles Murray.

Why should conservatives want to provide people with an income, albeit a meager one, simply for existing? Because there is no feasible way to unspill this milk. There will be, for the foreseeable future, a large and generous government in the United States courtesy of taxpayers, bond purchasers, and toner. Given this political reality, it only makes sense to do what we can to improve the economics of the situation. That’s why it would be best to consolidate the welfare state, Social Security, and as much of the various health programs and credits that we possibly can into a single, simple, so-called universal basic income. It not only de-bureaucratizes much of the Federal government, makes things easier to track and understand, and reduces fiscal negotiations over these programs to one big number, but to paraphrase Charles Murray, it gives people agency when they have a source of income, and are put in charge of how to spend it responsibly.

This may be the only way to preserve a sense of individualism in an America that is turning increasingly towards collectivism, and a global economy that is less and less rewarding of traditional low-skilled labor. We can’t all be engineers, coders, and executives, if for no other reason than many simply aren’t capable of being those things. The details over how to administer a universal basic income, and how to couple it with the proper incentives to still encourage work will need to be ironed out, but it will be imperative that conservatives lead on this. It will give us a program structure that is more reasonable, efficient, and reined in, than if we leave it to the left to implement this potentially inevitable entitlement. We’ve allowed the left to lead on nearly all of these programs going back a century, and as you can tell from the data that was presented here, that has put us in quite the fiscal pickle.

Time to recharge those batteries

The Profound Rush Limbaugh: ”Have you ever noticed how under capitalism the rich become powerful, and under socialism the powerful become rich? Clarence Thomas Versus John Roberts and Good Versus Evil 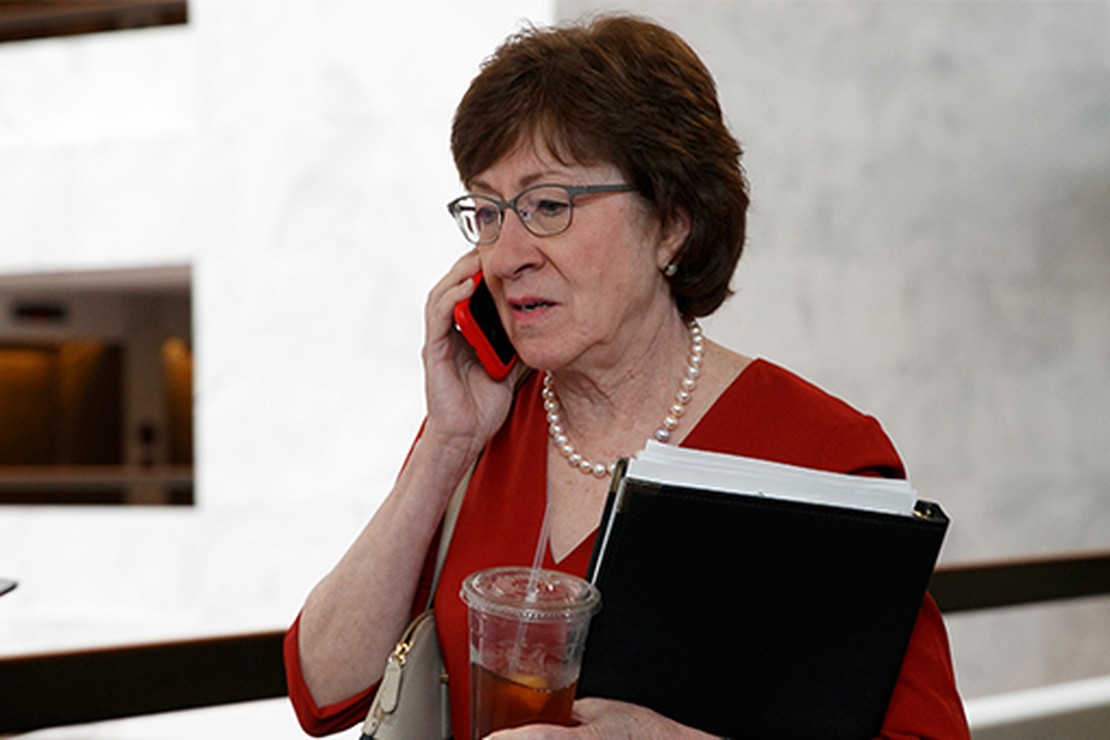