Dispatch from the Ohio Front

Just over a week ago, I along with fifty other Tennesseans boarded a charter bus and began a five hour trek to the front lines of the 2012 fight for the Presidency. We arrived in southwestern Ohio at roughly 10 PM EST that Friday night. Upon our arrival to our hotel, we received our room assignments and initial instructions. Then we bedded down for the night.

The next morning a slight drizzling rain and colder conditions greeted us. We again boarded the charter bus and left for the Butler County Victory Center located 15 minutes away. We received a quick tutorial on the art of door knocking. It was difficult to hear our instructor. The Victory Center was overflowing with local Ohio volunteers, our 50+ strong Tennessee contingent and several volunteers from Kentucky. The vast majority of our volunteers were College Republicans but there was a good mix of ages and occupations represented: a physician (urologist), a small business guy (tech industry); two retired ladies in their seventies; two farmers (man and wife) both in their seventies interspersed with 50 college Republicans. Let me just pause right there. I have campaigned in dozens of local and national elections (including Bush ’04 and Perry ’12), and I never recall witnessing older Americans in their seventies pounding the pavement to door knock. I may have seen a handful of seasoned citizens phone banking, but never door knocking. Quite an astonishing phenomenon to observe. An ominous sign for the President if there ever were one: two elderly country farmers opting to leave the farm for a weekend, travel five hours to Ohio to campaign for the President’s opponent. Imajean did most of the talking. Bill was perfectly content to let Imajean handle the conversing, while he studied the walk list and prepared to navigate. Bill spoke 2-3 sentences all Saturday, until we asked him about his farm. Then he let loose. Both he and Imajean told me one of their biggest concerns was receiving a phone call that their cattle had gotten loose. I had heard from a farmer friend of cows escaping,  running loose in the rural community they lived and wreaking havoc. I’m certain it was a little nerve wracking for Imajean and Bill to leave their home and business behind for the weekend. But these two were committed, and it was obvious they cared deeply about their country. Incidentally, they were two of the kindest and most determined American patriots I met on our Ohio excursion. So thankful our paths crossed.

I quickly found myself on the same GOTV van as the seniors and began trying to coach them on the art of door knocking as we traveled en route to our assigned neighborhoods. In Butler County, we were in John Boehner’s district, so we enjoyed campaigning in friendly territory. However, we engaged low propensity voters in accordance with the Romney campaign strategy. We targeted Ohioans who voted in perhaps 2 out of 3 presidential elections or 3 out of 4. Our RNC leaders instructed us to skip the houses with Romney yard signs. These were highly motivated Romney supporters; no need to expend resources and waste time chitchatting. I believe it to be a very shrewd strategy. Republican turnout is very high on election day in Ohio and in most states. Why not spend some resources and time trying to convince low propensity voters to utilize the convenience of early voting? The RNC appeared to attempt to cast a larger net with this strategy. Many Republican voters we engaged seemed wary of early voting, especially older Republicans. We tried to convince as many as we could to early vote or mail in an absentee ballot. Most were receptive to early voting after we talked with them. We convincingly and truthfully explained the incessant phone calls from the GOTV effort would likely come to a complete stop if they bit the bullet and early voted.

We divided up into groups of two. I had invited an old high school buddy “Pete” to make the trip with me, so we set out with steel gray clouds above dropping a light misty rain on us. Soon, the sky opened up and the sun warmed things up a bit. Many Ohioans weren’t home or opted not to answer the door. We left some Romney and Josh Mandel literature along with a quick little note: “Sorry we missed you! Hope we can count on your support for the GOP ticket! – Bethany & Justin Wax.” I opted to sign my wife’s name to it, because she was definitely with me in spirit, although physically she was back in Tennessee making sure our kiddos behaved themselves. She made the Florida trip in ’04 for Bush but that was 2004 BK (before kids). Further, I just thought it weird to sign it “Justin & Pete.” Didn’t want to give folks the wrong idea. Pete agreed with this approach and signed his wife’s name to his notes.

We had good responses most of the day. After lunch, an Ohio small business owner of a construction company joined our team. Pete and I enjoyed getting to know him. His business had been hit very hard by the Obama economy. He  was very appreciative we’d come from Tennessee to campaign in his community. Inadvertently, the RNC had assigned us to door knock in a private retirement community. After the third “you’re not supposed to be soliciting here” comment from a senior citizen, we took the hint and opted to leave the neighborhood and help another GOTV team finish up their walk list. Overall the response was very encouraging. One gentlemen told me he had patiently waited three years to vote against Obama. Another lady said she was very enthusiastic about voting for Romney and still working on her college-age son. We coached her a little on breaking through to him. Another couple said we could put a Romney sign in the yard and an empty chair if we had one (a Clint Eastwood reference to Obama’s empty chair Presidency). We laughed at that one. As we walked alongside a narrow busy two lane highway, a SUV pulled up to us. The driver rolled down the window and said, “Just want to say we appreciate what you guys are doing.” Then he took off.

After returning to Tennessee, friends and family asked for my gut feeling on the election. I agree with the estimable Michael Barone, although I’m sure I’ve examined far less data than he has. Romney is going to win. It wouldn’t surprise me to see him end up with 300+ electoral votes. My Ohio anecdotes were great, but I attempt to numbers crunch when it comes to publicly telling people where I think an election is headed. I spent several hours Friday night studying Ohio’s previous elections and trends in Ohio. Voter registration amongst Democrats is down significantly (almost 500,000), particularly in the Ohio’s most populous counties: Hamilton, Cuyahoga and Franklin. Meanwhile the number of independents has surged by nearly 500,000.  The University of Akron study on early voting in Ohio reveals that most early voters (roughly 50%) wait until the final two weeks of early voting to cast their ballots. This figure would not seem to bode well for the President, especially with how fast Obama’s job approval rating plunging 7 points in a 3 day period in light of the Benghazi scandal. Josh Jordan at National Review recently provided an excellent analysis explaining how the Ohio polling methodology shows a heavily inflated early voting component. Dan McLaughlin at RedState also eloquently explains how Romney’s double-digit dominance with independents will likely translate into a solid win for the former Massachusetts governor. I find no fault in either argument.

In closing, I found the RNC/Romney GOTV effort quite dazzling. The rapid advance of technology meant our volunteers enjoyed solid, up-to-date walk and phone lists. The phone numbers were already programmed in the phones. Quite extraordinary. All a volunteer had to do was push a couple of buttons to go to the next call or leave an automated voice mail. Our volunteers knocked on 5,000 doors and made over 10,000 phone calls over a 1.5 day period. The same 2012 GOTV ground game that delivered a decisive win for Gov. Walker in Wisconsin is for real folks.

So what should conservatives look for in Ohio on election night? According to the Wall Street Journal, Hamilton County (southwest Ohio–home of Cincinnati),  Wood and Ottawa Counties (between Toledo and Cleveland in northern Ohio) and Tuscarawas County (south of Akron in eastern Ohio) lay claim as the Buckeye bellweathers, having voted for the Presidential winner every time since 1992. Sandusky County, next to Wood and Ottawa Counties has picked the winner in 4 of the last 5 elections. If Romney wins these swing counties, he will be the 45th President. 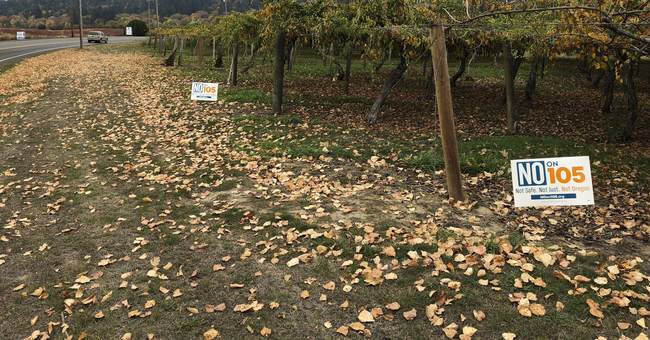 Why Trump is continuing to oppose Sessions 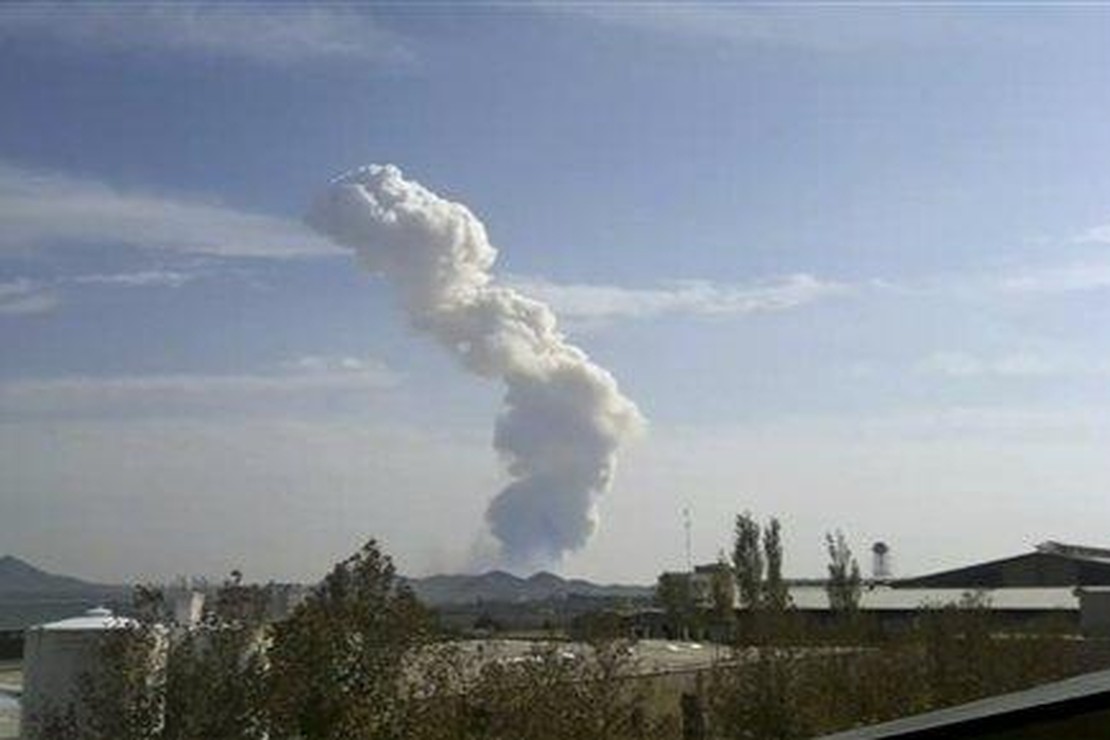