It is Time for Some Honesty.

In a turn of events that should be a surprise only if you’ve never heard of Mitch McConnell before, the Senate — with one heck of a lot of Senate Republicans, including nominal conservatives, agreeing — just decided to hike taxes on small businesses and skip any spending cuts of any kind, and over a third of the Republican caucus including the Speaker agreed. Indeed, if the CBO is to be believed, the party managed a feat of foot-shooting of which even most Republicans never dare dream, and managed to increase spending instead.

I respect — indeed, I can swear before the Almighty that I greatly admire — these men greatly and think the world of their opinions in basically every field of human endeavor, politics certainly included. I leave it to the discerning reader, historian, or alternate history buff to decode who is right and who is wrong. I think, however, that there is a critical point that needs to be emphasized here that is generally lost in the shuffle. Well, a few points, really.

No One Wants to Cut Spending

This is sort of hard to say, but I’ve been saying it for … very nearly nine years, on this site, so it’s getting easier. There used to be a Contributor here who is now off doing much more productive things with his life who was first and foremost a spending hawk, and God bless him for it. He used to hate when I’d point out that there was, in the mid-2000s, no real constituency for cutting spending. He’d argue, persuasively, that it was a matter of putting forward good policy, that the effort hadn’t been made, and that if it was, the people would jump at the idea.

He is not here to defend himself in this argument, so I will say only that 2012 may be the most robust destruction of that argument imaginable.

Broadly, everyone knows the game. Republicans will cut (this isn’t true, but it’s what everyday, low-attention voters think) and Democrats will spend (that part is true). Republicans got spanked in no small part on “he cares about people like me” thinking, which is American voter code for “he will spend on the things that make me happy.” This, in a year when deficit worries and debt concerns are at their highest since 1992. I believe it’s reasonable to say that when the largest voting population shows up, they want more, not less spending. Indeed, this is true even in many so-called red states, an unfortunate legacy of well over a century of European populism taking root and growing here.

If you think otherwise, you may direct your thoughts to President-elect Romney, Senate Majority Leader-in-waiting McConnell, and the increased House Republican caucus.

Worse than this is the very nature of our political system. Definitionally, in our system, legislators are appropriators. There is a reason that the Appropriations Committee Chair is one of the — if not the — most powerful positions in the House. The House’s power in fact derives from only two Constitutional truths: the power to begin the impeachment process, and the power of the purse.

What this in turn means is that the system tends to produce, select for, reward, and elevate legislators who wish to spend other people’s money. They have more ammunition in the chamber and more on the electoral trail. They win and become entrenched — sort of like warts and Italian politicians, but with less honesty. 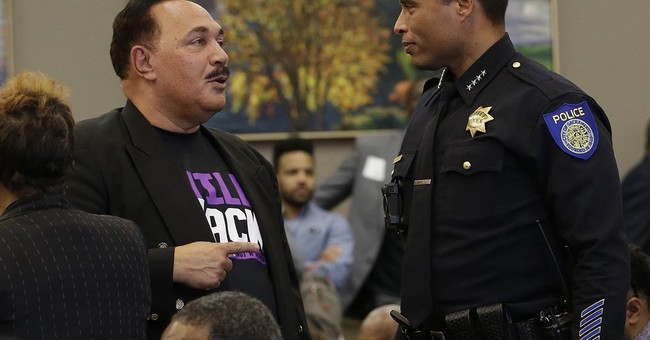 Thus, the Republican leadership in Congress — the House and the Senate — is composed of men who would step over my mother’s corpse before cutting a single dollar from the federal budget. The kabuki theater that was the fiscal cliff was necessarily entirely to sell a debt ceiling increase — which of course means more spending — to House members too stupid to grasp what was happening.

In case all of this is too oblique, let me simplify. There is neither a constituency in Congress nor in the public at large of sufficient size to cut a single dollar of federal spending.

There is a very cogent argument to be made that just two years ago we swore in a new batch of Congresscritters elected on the overriding message of cutting spending. (It is very hard to know why one hundred million, give or take, people vote for anything, but let’s assume this away.) Why, then, are things so different with the situation so much more dire?

Mid-term elections tend to draw out more-closely engaged voters. This is why 2006 was so bad for us: the news was bad in general and in particular, and Republicans were shooting their own party for the evening news. It is also why 2010 was so very good: a critical mass of people was terrified of the things the Democrats were doing while running loose around the place, and demanded a stop to it.

Demographically, this group trends much whiter, older, and better-informed than the Presidential year electorate.

Members of the House must face both electorates, part of why we got a Republican surge in 2010 that was partly eroded in 2012. (A similar turn occurred in 1994 and 1996.) Boehner knows that to protect his caucus and, one might uncharitably add, the leadership position he has held incompetently for six years, he must placate both electorates. A similar but less immediate calculation governs McConnell’s thinking. 2012 taught them that whatever gains they might make in midterms can be swept away in Presidential years — and given the current composition of those who show up to vote in Presidential years, they will be swept away.

This is of course why House Republicans boldly pretended they hadn’t promised to cut anything right after they got elected on an explicit promise to cut something.

If all of this is too oblique: Congressional Republicans only care about midterms to get elected; they care about holding their jobs thereafter, and will do nothing to endanger them.

Primary Them! and Other Exercises in Futility

The GOP is a machine designed to get Republicans — not conservatives, Republicans — elected. That it’s pretty bad at this is neither here nor there. What is important is that it is an adaptive mechanism that is very good at sensing friendly threats to its core mission and neutralizing them.

In 2014, the GOP’s political apparatus will be first turned on destroying primary challengers. One may attribute this to their belief that radical conservatism destroyed dynamic candidacies like Connie Mack’s and Tommy Thompson’s and other anondyne nobodies; coldly efficient operations like Carly Fiorina’s were somehow brought low by the Tea Party; or that primary electorates (also known as the base) simply cannot be trusted not to put up Sharron Angles until the cows come off their billboards.

That Thompson, Mack, Akin, Fiorina, and other flameouts were Establishment picks does not matter, because you cannot reason with stupid people, and the GOP is stupid.

For whatever the reason, it is important to understand that the GOP is now effectively hostile to its own base; to the desires of the American people; and to everyone but its currently-elected officials. This is not really a great position for a political party in which to operate, but we have borrowed for a century the disparaging appellation given by the Brits to their right-of-center party for a reason.

It is also worth noting that the Tea Party Caucus entered Congress and promptly fell into line like good little foot soldiers.

Again, if that’s too oblique: This group of morons and their fellow travelers ain’t going nowhere.

Honestly, nothing. The American people returned a divided government over everyone’s protest, including their own. We are now baked into a no- or low-growth future with a growing social welfare state. What cannot continue indefinitely, won’t. The problem, as my friend and colleague Francis Cianfrocca notes, is that there is no crisis baked into the cards. Without a crisis, nothing is likely to change radically. That means that this is all a slow, more or less painless slide into permanent European malaise.

Good news: our birthrates are already there.

As a small business owner with a job that thrives on human misery, I would rather face lean times personally and a resounding good time for everyone else. Instead, it looks like I will do well but because of the Obamacare mandates and tax increases, there is simply no way I’m going to hire anyone on a full-time basis, capping my income just below whatever level stops making economic sense and never materially cooperating with evil. Voters under 30 who graduated from law school are doubtless unaware of the connection between their votes and their permanently depressed employment prospects, but that’s their problem and their fault. By the time they’re 50, they’ll blame Bush and Romney. (Not McCain. No one will remember McCain.)

When I originally wrote this, I ended on a positive note. After all, if the pro-life movement could move this country into a culture of Life, however reluctantly, not all is lost. Right?

After a night on which to reflect, I have come to the conclusion that I was suffering from an uncharacteristic bout of optimism, and have sought medical attention. We have spent fifty years creating the demographic, social, cultural, and political conditions for a soft-left welfare state that will never fully satisfy our Left, but will never recover what it was. (They’ll be happy they killed part of America at any rate.) Nothing is going to change this. Increased immigration will bring more spending, but restrictions will deny us even the temporary surge in birth rates we need to support this monstrosity. Medicare will bankrupt generations, but our Baby Boomers will go their graves pleased that they milked the last drops from their children and grandchildren. I just erased two more sentences, because they were depressing even by my standards.

It is time to turn the fight to where we can win. Spending and the size of government are not among these. There is no point in losing every other war just to half-heartedly fight a war in which our own party is inexorably against us.

President Trump Just Called Out Two of the Media’s Most Dangerous Lies About COVID-19. 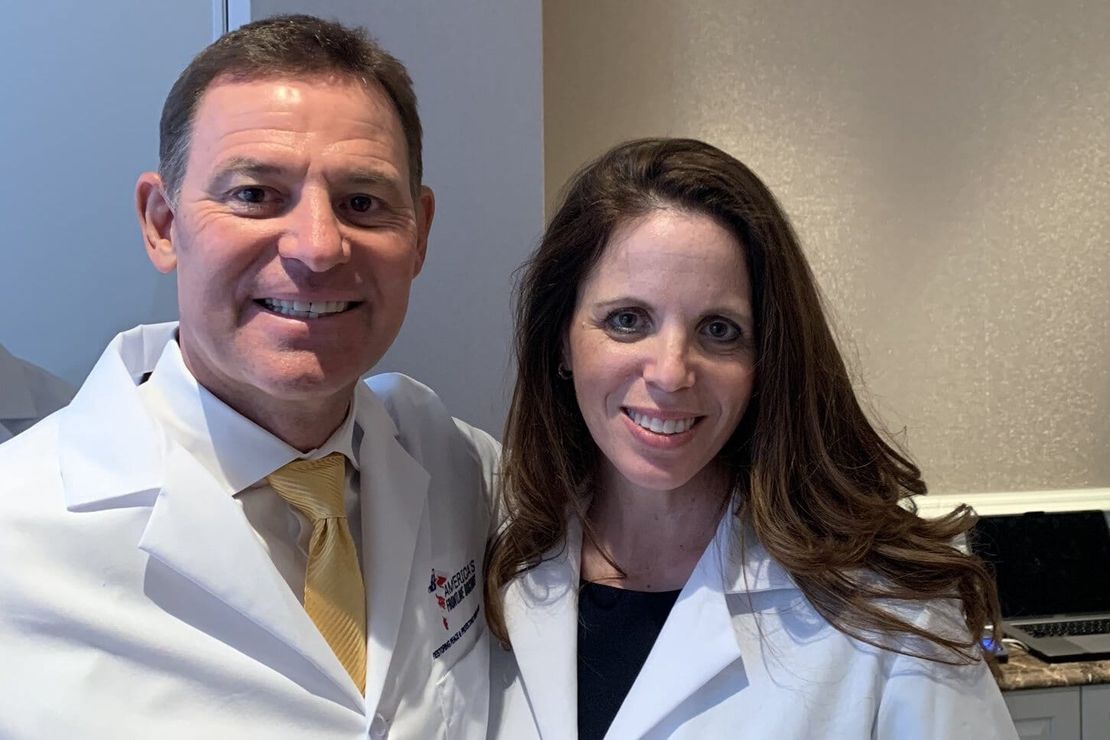