Jonathan Weisman is reporting on his “The Trail” blog that presumptuous Democratic nominee Barack Obama told House Democrats that he believes himself to be the symbol of all that is good in America. It appears that he is beginning to believe the over-the-top hype that he really is the Obamessiah for America. So, will this little Washington Post blog post make waves in the media? Will Barack’s increasingly out-of-control ego become the talk of the day?

Weisman reports that candidate Obama met in a closed door meeting with House Democrats and he let loose with a “real zinger,” as Weisman put it. He told the rapt audience of House members that his candidacy was the moment “the world is waiting for” — as if the whole world clamored for his presence? He went even further than that proving that he may be losing touch with reality and believing his own surreal campaign rhetoric.

“I have become a symbol of the possibility of America returning to our best traditions,” he said.

Wow, the arrogance in that. The hubris, the astounding hubris of it all is overwhelming to anyone that knows even a tiny bit of human history. This is the sort of thing if said by a Republican would be hung around that candidate’s neck like a mill stone. The epithet of “arrogant” would be the tail pinned forever to him and would appear in every single news story. Should a Republican bespeak of himself in such terms, he’d be branded the next Hitler leading us all to ruin.

Why Obama gets a pass for this sort of messianic rhetoric is amazing to me. It also amazes me that his string pullers are allowing him to speak like this. He is building himself up so high that he cannot possibly maintain this level of acclaimed perfection of purpose and spirit. If he wins in November, when the inevitable compromises and missteps begin to occur, and his high flung rhetoric begins to ring hollow, he will assuredly fall far faster and much farther than any common politician. Certainly his reputation as the new messiah will not be able to stand the tarnishing of real life and his mind-numbed fans will awake from their stupor and find themsleves livid at his failures?

Measured by his impossible campaign rhetoric, meteoric rise without being vetted by his fans, and his utterly empty experience, Barack Obama promises to be the biggest failure in our history. And surely his candidacy will drive cynicism to ever greater heights.

Let’s hope that small reports like Weisman’s start to get through to people and cracks begin to appear in Obama’s current teflon coating. But so far, he has been allowed to get away with massive amounts of arrogance in rhetoric and campaign posters. The media has thus far either ignored, made excuses for, or merely joked about this style of campaign he has been running — a style that is only getting more pronounced as the weeks roll on.

If this doesn’t show how they are in the tank for Obama, it’s hard to find a better reason. 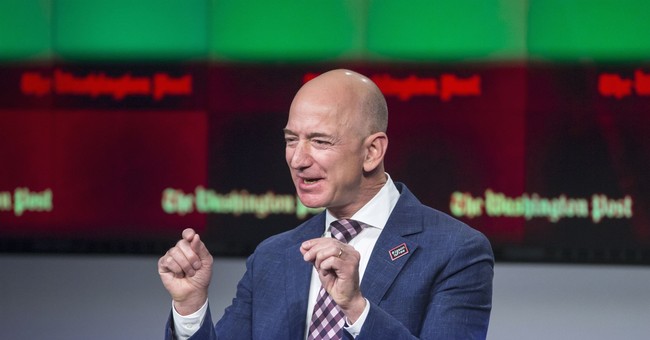