People are constantly faced with choices in their lives. At times the choice which appears to be the correct one to make may in the long run reveal itself as not that good of a decision and the same is true vice versa. This is especially so when faced with the choice of whom to support amongst several candidates during a primary. Although some folks have become discouraged over the years when the choice they’ve selected turned out to not be as originally envisioned, it’s important to continue making decisions and choosing the candidate which appears best at the time. At other times, one choice is obviously negative and although the other option may not be perfect, it is definitely the better of the two – as explained all the way below.

Since no-one is perfect and it is impossible to agree with one’s candidate/supported official 100% of the time, even when making a correct choice it is often accompanied with many gray areas which at times overshadow the white. Prior to the 2010 elections Arlen Specter, Republican Senator of purple-blue Pennsylvania was approaching a reelection and wavered on a decision before ultimately shocking and angering Republicans when he cast his vote in favor of Obama’s stimulus plan. This was the first time he sided with the Democrats on a major bill and his action resulted in conservatives and Tea Partiers to declare war on Specter at every cost. Their mission appeared noble and correct, and Pat Toomey is now the Republican Senator of Pennsylvania after barely winning the general election with a single point in the 2010 mid-term elections; a year in which Republicans swept victories across the country. He is surely a better representative of conservative values in the Senate than Specter had been.

However, the price tag it had cost for conservatives to place Toomey in the Senate had turned out be unexpectedly sky-rocketing expensive and resulted in many to question whether the goal was worth the consequences. When Specter saw he would be unable to win the Republican Primary, he made a mad dash to save his seat, switched parties, and provided the Democrats with the 60th vote which led to the passage of their infamous Obamacare. Thus, although we now have a solid conservative in the Senate who replaced a RINO (not an outright liberal) we are now weighed down with Obamacare which threatens to overtake a sixth of the private sector and is currently awaiting judgment on its constitutionality by the Supreme Court Justices.

Incidentally, two of our current conservative Supreme Court Justices, Roberts and Alito, are currently on the bench thanks to Specter, after Senator Santorum had made the choice to support Specter for reelection in ’04 when he was challenged in a primary by Pat Toomey. At the time, Senator Santorum was faced with the difficult choice whether he should support the incumbent Senator Specter and his senior colleague who although was a less conservative choice than Toomey, was far more probable to be successful in keeping the seat red during an election where the balance on Senate was up in the air and anti-Republican emotions were thick. This surmise turned out pretty accurate since Toomey barely managed to eke out a 1% victory in 2010 when the public was outraged at Obamacare and looked favorably upon the Tea Party candidates.

Maintaining the Republican control of the Senate was by far not the only factor which Santorum focused on when making his decision. He was also strongly aware that Bush would be nominating at least two and possibly three justices for the Supreme Court and that Specter who headed the judiciary committee would be extremely influential whether Bush’s proponents would ultimately be approved by the Senate. Santorum therefore opted to support Specter after receiving his word that he would support the conservative candidates for the Supreme Court which Bush would propose, something which will influence U.S. history for years to come as is visible now with the Obamacare hearings.

Santorum’s support of Specter indeed resulted in two strong conservatives on the bench, although it may have likely cost him the nomination in the current GOP presidential primary. In addition to having been hammered for supporting Specter in’04 for actions taken years later and were impossible to foretell six years earlier, his act resulted in Specter’s former opponent and the current Conservative Senator of Pennsylvania and Santorum’s home-state, Pat Toomey, to act favorably towards Santorum’s opponent – the author of Romneycare. In fact, immediately after Santorum announced he was suspending his campaign yesterday, Toomey released an official endorsement endorsing Romney, causing many to speculate whether the endorsement would occur regardless prior to Pennsylvania’s primary and whether it was one of the causes which led to the Santorum campaign suspension.

The above two examples clearly illustrate how when one makes a choice which appears to be good, it isn’t necessarily all good as is later revealed. It shouldn’t however leave us disheartened for ultimately many good also emerged from those choices. Additionally, many decisions are pretty clear-cut where one option is definitely bad. Even if the other one doesn’t necessarily turn out to be all that good, we still know it is better than the alternative.

Supporting a candidate doesn’t necessarily mean that one agrees with all they’ve done or stand for, although a candidate usually will have some supporters who do identify with them to an extreme. Many supporters of a specific candidate usually support the candidate because they identify with them on a single issue while many others don’t even have that. They simply support a certain candidate because he’s the better choice than the alternative. This was visible numerous times amongst this primary and is very typical. After Palin chose not to run, a majority of her supporter split between Cain and Newt. After Bachmann, Cain, and Perry exited the race, their supporters too turned to find a second or third ro fourth choice amongst the remaining candidates. This led to the momentum to shift from Perry to Cain to Newt to Santorum as voters were forced to reevaluate the field once it was clear the person they supported wasn’t running at all or any longer. I too have first supported Palin, and when she announced she wasn’t running though long and hard until turning to support Santorum approximately a month prior to the Iowa caucuses.

With Santorum now having suspended his campaign, the primary is sort of wrapped up despite the many voters including myself who haven’t yet received the opportunity to cast their ballots. Unlike the primary where the choices were plentiful – at least at the start, the general will boil down to two choices; four more years for Barack Obama or Mitt Romney. Obama has already been in office long enough for everyone with an open mind to recognize the damage he’s wrought upon this country. Obama is clearly not only the bad choice but an utter disaster for this country. Any alternative will be far better and less to the left than the Marxist Obama.

Romney’s Attorney General will not be someone like Eric Holder who looks the other way when the Black Panther sets a price-tag of a million dollars on Zimmerman’s head and refuses to take responsibility or even answer basic questions regarding Fast & Furious. Nor will Romney chose the dopey Kathleen Sebelius as Secretary of Health and Human Services, the unqualified leftist Janet Napolitano as his Secretary of Homeland Security, and so on and so forth.

The choice now has boiled down between two people; Obama and Romney and it is time to unite under the better of the two – Mitt Romney. There are many who have announced that they refuse to vote for Romney and are planning to sit out the 2012 election, all the while talking of setting him up with a conservative in 2016. It is okay to talk of 2016, but only after the 2012 elections have taken place and giving Romney a chance at the presidency, if he reaches it. He may or may not make a good president but he’s not a definite Obama, and if conservatives will dislike him so greatly we can challenge him in 2016 just as we would put out a conservative against Obama.

We conservatives have proven our power the last couple of years by successfully challenging lots of  incumbents in primaries and Romney is aware of it.. He won’t want to face a primary from his own party and will probably go along with whatever conservatives in Congress present him. Obama, on the other hand, is aware it’ll be his last term and will have no need to appease to any voters except for his leftist base who will replace Karl Marx with Barack Obama. If we thought he was radical in his first term, a second Obama term will be so much more disastrous it defies description. I plead with you fellow conservatives, w can look ahead to the future but at the same time we MUST REMEMBER THE HERE AND NOW AND MAKE THE RIGHT CHOICE FOR 2012. WE MUST SAY NO TO OBAMA AND THUS SAY YES TO MITT ROMNEY.

Abie Rubin blogs at The Thinking Voter and can be followed on Twitter. Stunning and brave: Gov. Gretchen Whitmer wears 'That Woman from Michigan' T-shirt on 'The Daily Show' 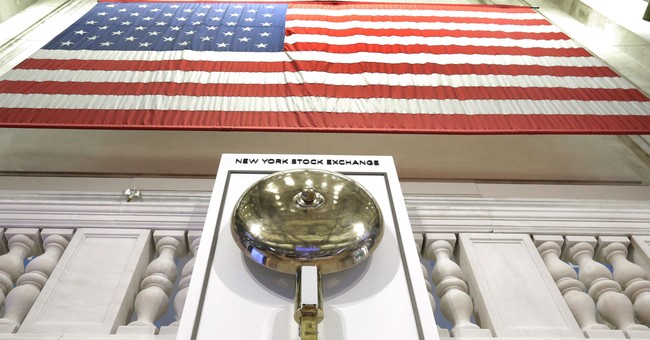 When the Virus Subsides, Get Ready to Fight the Political 'New Normal'