History Is (Re)Written By The Winners

… or at least, by the ad agencies.

The History Channel is a generally well-respected brand in the United States. The shows routinely make “water-cooler” conversation at sites like Redstate. Indeed, the sister networks like The Military Channel are staples among conservative viewers, as anyone who spends any time around conservatives and veterans is well aware. So you can imagine my surprise reading an article earlier this week titled “Anti-American History Channel Ads You Won’t See In The US Or Online” at the Business Insider website. There were three images included which are, to say the least, inflammatory.

The campaign, titled “History is Written By The Winners” was represented by three images (History Channel logo has been removed):

Highly inflammatory, as well as disputable, and clearly anti-American. I immediately started looking into the story to find out why, or even if, the History Channel would actually run such vile ads, and why Ogilvy & Mather would create them. While I was researching, the story changed.

Less than a day after I read it, the article was updated with the following information:

Update: A rep for A&E Television, which owns HIstory Channel, says these are not authorized History Channel ads. This rep did not know if they were created by Ogilvy and Fran Luckin, as they were attributed on Adsoftheworld.com. We’ve updated the images with watermarks reflecting their inauthenticity.

Interesting. But a number of questions still remained. If A&E didn’t order the ads, who did? And why? Are they actually fakes?

//www.redstate.com/wp-content/themes/redstate-desktop-2017/images/redstate-placeholder.png ">you can see here.)

Clearly there remained some question as to the validity of the images. It is not as easy as just stamping FAKE on them. I contacted Ogilvy, CLIO and A&E for statements. 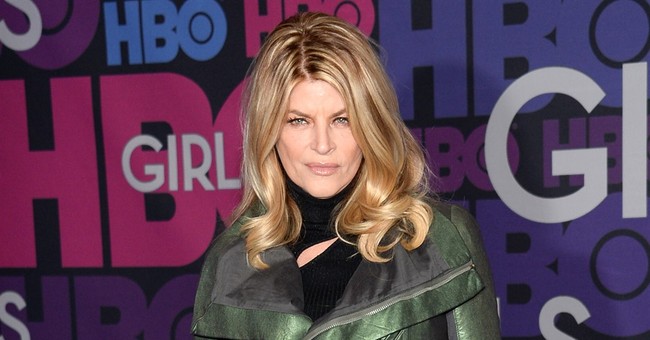 “The History channel has nothing to do with any of these ads and we’ve contacted representatives around the world to take them down and to immediately cease and desist.”

I asked Mr. Feeney if he was aware of any circumstance or location where the ads had actually been run. He was not aware, and no one had contacted him regarding any print versions, only the online versions. Until I told him about the CLIOs he was apparently not aware, and did not know the images were still running on the CLIO website. As the original story stated, he indicated that the ads were purported to have been run in South Africa. I asked him if A&E had contacted the Johannesburg office. He indicated they had, and that the office specifically denied any involvement with the ads. He also pointed out to me that the ads used their old logo, not their new one. He pointed out that the History Channel is not known for any anti-American sentiments, and said he was just as distraught as anyone else when he saw the ads. He declined to point a finger at Ogilvy, but repeatedly and emphatically stated that A&E and the History Channel had no part in the ads, and were not aware of them until the article ran at Business Insider.

I also spoke with a representative for the CLIO awards. I wanted to know if it was possible to win a CLIO with a campaign that was speculative or hypothetical. Here is the official statement from Karl Vontz, Director of Events for AdweekMedia and the CLIO Awards:

“Part of the CLIO Awards entry submission process for judging does include criteria that the work submitted must run/be published in order to be considered. We appreciate you bringing this to our attention and we will contact the agency and look into this matter.”

With that information, I spoke again with A&E. Though Mr. Feeney again declined to lay any blame on Ogilvy, he again emphatically denied that the campaign was real, and denied that it was ever commercially run.

Obviously, there is a problem here. Either CLIO is right and the ads ran, meaning that A&E is flat wrong, or CLIO is not right, and the ads did not run. If they did not run, then one must wonder how they came to be recipients of such high honors. Did Ogilvy submit a fraudulent entry to the CLIO awards, using the History Channel’s logo without permission?

I contacted Ogilvy prior to receiving the above quoted statements, so when I received the following comment, it was in response to an inquiry that did not mention the CLIO awards, only the earlier denial by the History Channel. Here was the official response from Toni Lee, Public Relations, Ogilvy & Mather:

The ads were part of a creative exploration made pro-actively by Ogilvy Johannesburg but were never produced commercially.

Not very definitive. Although my reading of their statement, in comparison to the rules of the competition as they were outlined to me, is that they did indeed improperly enter the ads for the CLIO awards. I have responded for further clarification but do not have any additional comment from the company at this time.

I would not, of course, have been shocked to see a corporate entity pandering to anti-Americanism abroad and patriotism at home. I mean, it’s been done. But I have to admit it would have been highly distressing coming from the History Channel. It seems, though, that the anti-Americanism came directly from Ogilvy & Mather. We can’t really let CLIO off the hook, either. Whether they were defrauded or not as to the origin of the ads, they selected them as winners, didn’t they?

The irony in the slogan of the campaign is rich. For this is how history is actually written of late; Memes are echoed between mass media, blogs, left-wing activists, and back again, both here and abroad. The death tolls in the Iraq ad, for example, are nothing you don’t see every day on sites like DailyKos and FireDogLake. And they are monstrously false, both in the implied premise and the actual numbers. The idea that you can even compare the number of deaths at the hands of a monster and the number of deaths cost in freeing people from those hands is absurd. If Hitler’s death camps cost fewer lives than the war to destroy them, then let them stand? Nonsense.

But in this case, the numbers aren’t remotely accurate. How about the million plus who died in the Iran-Iraq war? How do they even calculate which deaths count and which do not? Does blowing yourself up get you on the list? How about fighting as an insurgent? Or how about the comparison of Pearl Harbor to Hiroshima? They drop an entire war from history just to make a point.

The campaign in whole is designed as an indictment of America as an evil-doer and an imperialistic death machine covering its tracks. The point is delivered without logic or actual facts; propaganda in true form. There can be no clearer case of anti-Americanism.

In this sordid tale, the most clearly guilty party is Ogilvy Johannesburg. They do not deny creation of the campaign, only whether or not it actually ran. And although CLIO certainly can’t be expected to judge the quality of an ad campaign based on the political message, their judgment is at least questionable in selecting such a divisive and hateful political message as a winner in their competition. They would not be let off the hook for choosing an overtly racist ad as a winner, for example.

The A&E representatives seem genuinely offended by the ads, and certainly consider them a brand liability. They are actively pressuring websites hosting the images to remove them. It seems clear that A&E, at least at the corporate level here in the United States, did not want these ads, and are anxious to be rid of them, which speaks well in their favor.

But the greatest blame lies with a media and popular culture in which such blatantly anti-American vitriol has become so commonplace. Who can doubt that Kos and his breed of left-winger would cheer these ads? No doubt there’d be an increased market share for the History Channel in those corners … just look at MSNBC. It is a culture which actively and openly says “yes we can” to propaganda and manipulation. The uncritical eye of the left is swift to embrace any imagery or information which says America is bad, a point touched on by former Vice-President Cheney in his speech this morning.

The “this is why they hate us” crowd are a dangerous bunch. Because, unsatisfied with suggesting to you here at home that our enemies abroad have reason to hate us, they go out into the world, out among our enemies, and they say it to them as well.” You are right to hate us, look at what we have done!”

It’s not mere indictment but incitement of the worst kind. And this time, someone should be made to answer for it.

UPDATE: The CLIO Awards Site has removed the ads, and I obtained a further comment:

“The CLIO Awards have removed the advertisements from the 2009 winners list and shortlist on the website until further investigation.” 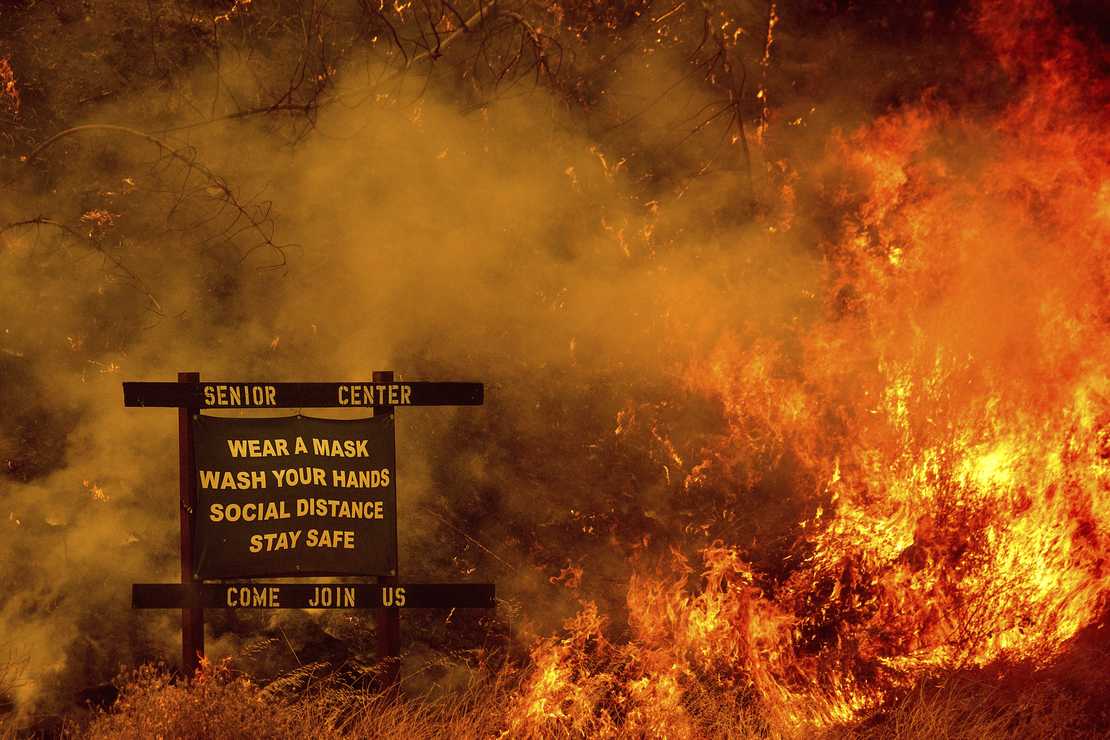