Chuck Muth spreads this bit of gossip around:

Indeed, word coming out of Washington this week indicates Republicans are about to commit yet another act of political insanity by electing Boehner once again as House Minority Leader.

But don’t blame all conservatives in the House for this insanity. It appears it may be only ONE conservative responsible for this pending disaster – just like it wasn’t all of George Washington’s officers who sold out to the British.

Recognizing that Boehner, clearly enamored with power, was unwilling to do the right thing and step aside graciously, House conservatives, especially those who belong to the Republican Study Committee (RSC), were planning to run one of their own – highly regarded conservative Rep. Paul Ryan (R-Wisconsin) – for Minority Leader. Among those planning the conservative challenge and participating in the strategy sessions was former RSC Chairman Mike Pence (R-Indiana).

And then Pence sold them out.

According to a source close to the situation in Washington, on Thursday – unbeknownst to House conservatives – it was discovered that Pence had cut a deal to support Boehner for yet another term as Minority Leader in exchange for Boehner backing Pence for the #3 leadership position as Republican Conference Chairman. If true, Pence put his own personal ambition ahead of the best interests of the conservative movement and the Republican Party.

If this “deal” was indeed struck and is affirmed in the leadership elections scheduled to take place in a week, House Republicans will not only continue traveling down the now well-worn path of electoral failure, but Pence’s betrayal will divide the GOP ranks even worse than before.

The emphasises added above are all mine. It seems if one is going to compare a Conservative stalwart to Benedict Arnold, there shouldn’t be any “ifs” about it. If true, it would be totally inconsistent with the character of Mike Pence as portrayed, and therefore as with the anonymous allegations against Sarah Palin, I call this allegation rubbish until I get proof. So far all I’ve got is “The gossip around Washington is…” 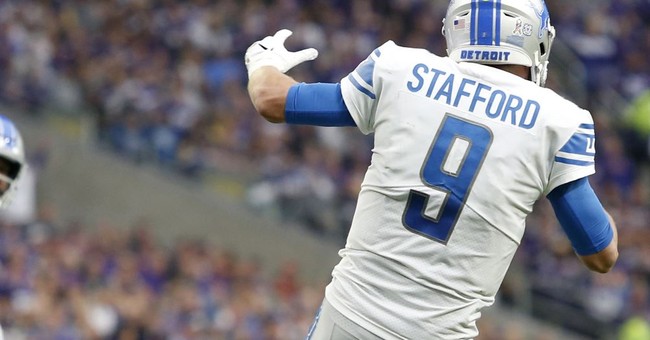 As for Congressman Ryan himself, according to the Chicago Tribune:

MILWAUKEE – U.S. Rep. Paul Ryan announced Thursday he won’t be a candidate for House minority leader after being asked by colleagues to lead Republicans in the next Congress.

The Janesville congressman said his wife and three young children are his first priority, and after reflecting on the strain the job would put on his young family, he decided he won’t enter his name as a candidate for the post.

And this is backed up by a quote in Roll Call:

“Paul definitely doesn’t really want the job,” one GOP Congressman involved in the drafting effort told the paper. But “I think there is no one better in the (Republican) Conference than him.”

Paul Ryan’s ambitions were not dashed. He didn’t want to run and was being drafted.

While I too would like Boehner gone,  I’m not disgruntled about the way leadership elections are shaping up. Change is coming to the House Republican leadership. With Eric Cantor (R-VA) as Minority Whip and Pence as Caucus Chair, conservatives will have a much larger say than in the previous Congress.

I think we’ve overstated how much the top man matters in Congress. Because Boehner is the leader of the Caucus, it doesn’t mean he’s the most powerful member. Arguably, with the exception of the Gingrich as Speaker years, you can argue that it’s been a longtime since the #1 Republican has been the true leader in the house since at least the mid-1990s.

From 1991 on, Newt Gingrich was the leader of House Republicans even though he was technically only the Minority Whip, the #2 position in the House.

From late 1998 until 2006, even though Tom DeLay was officially Majority Whip and Majority Leader, the #2 and #3 positions in the caucus, he was far more influential than Dennis Hastert or Dick Armey.

And since DeLay left, it’s arguable that Roy Blunt has had more sway than Boehner. The ranking of leaders: 1, 2, and 3 really shouldn’t matter if we’re getting strong conservatives (Cantor and Pence) to replace high ranking leaders who weren’t (Blunt and Putman)

Boehner’s hump is on the Right only in public