Right before the government shutdown, Detroit received a pledge for a $320 million federal “aid package”. The Obama Administration wants to make it perfectly clear: this is not a bailout. That word is too toxic during this time of fiscal instability in Washington. This is relief. A stimulus. It is a hand-up, not a hand-out, and, as the NY Times reports, this will not be the only federal infusion that Detroit receives to get back on its feet.

Some questions immediately come to mind:

1) Various news agencies reported that the funds are being scraped together mainly from agencies such as TARP, FEMA, Homeland Security, and HUD. Who authorized this aid package?

2) Much of the funds are for projects that are similar to projects already funded by alternative sources, such as the Ford, Kresge, and Knight Foundations. The funds will not be used in anyway with regard to debt structuring. Why are federal funds duplicating projects already in motion?

3) Detroit already receives 71 federal grants for operation and it still couldn’t manage to avoid bankruptcy. Clearly, Detroit has been malfunctioning for years even with government intervention, so why are we propping up this city even more?

4) What is to prevent other cities who are struggling financially for reasons to call for aid? After the aid to Detroit was announced, at least one Congressman, Jerry McNerney, went on the offensive. He wrote to the White House asking why aid was not extended to Stockton, California, a city which declared bankruptcy last year, “and suffers from many of the same problems as Detroit”. Will this type of federal aid package for cities become a slippery slope? Will it be a pick-and-chose/reward scenario? How about a carrot dangled to cities?

A recent WSJ article on the aid noted that with federal money comes strings. “Grants from the Transportation and Housing and Urban Development Departments will require the city to pay prevailing union wages, which will jack up costs. Prevailing wage is an economic compensation theory that requires municipalities to pay more-than-market wages. The end result of paying prevailing wages means that Detroit will get less with their our money. Even now, prevailing wage theory is hotly contested in NYC, a form of unionism for those workers who are non-unionized. Isn’t this type of overpayment what helped get Detroit into the mess it is in in the first place?

Furthermore, this cash fund may impact pension reforms that city manager Kevyn Orr is trying to accomplish. The pension managers insist that pensions are only underfunded by $634 million, while Orr is arguing closer to $3 billion. Part of pension restructuring and cost savings proposed by Orr were expected to be re-diverted toward blight abatement. With the arrival of this federal aid package — much of which is supposedly for the blight problem — you can expect that pensioners will argue that their pensions do not need, or need less of, the chopping block. That is a pity, as it undermines real pension reform so badly needed in Detroit.

What Kevyn Orr really needs to do to forge a path of prosperity in Detroit is to completely fund the pension system in one swoop according to what the pension managers say they need (a mere $634 million vs $3 billion), in exchange for complete government removal from the pension system. Impose an switch from a defined benefit model to a defined contribution model and be done with it. Let the pension heads grapple and manage their own funds now. Such a bold fiscal move would give Detriot a much more solid path to economic revitalization than any aid package can do.

There was no emergency that necessitated the use of federal funds being injected into the city of Detroit. No Katrina. No Sandy — only decades of fiscal irresponsibility, corruption, mismanagement. This “non-bailout” only undermines the task of this city, and potentially others, to make hard decisions about money, taxes, pensions, and budgets. It is a band-aid where a tourniquet (or maybe an amputation?) is needed. In a city rife with every kind of unimaginable fiduciary irresponsibility, the idea that the city of Detroit should be entitled to receive any more federal tax dollars is wholeheartedly repugnant.

Biden: We cannot delay the November election under any circumstances, you know; Hillary: Trump can't postpone it 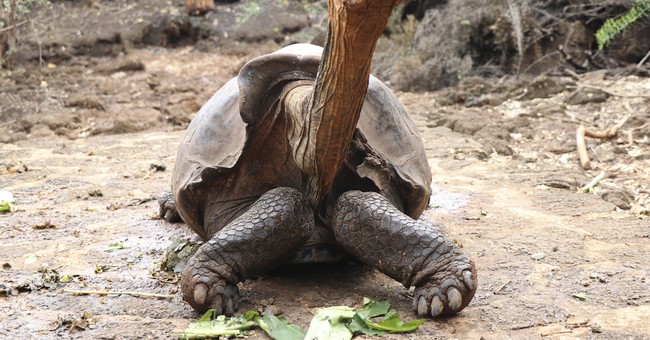 The Media’s Dark Prophets Have No Shame