I have studied economics and political science at Moscow University of Marxism-Leninism. The fascinating aspect of that experience is the acquisition of a unique view of capitalism and contemporary American society. No other society conceived itself as a product of exceptional entrepreneurship in pursuit of excellence – rewarded when it succeeds and punished when it fails.

Indeed, as we discussed earlier in “Annals of Capitalism: The Spiral of Evolution,” capitalism is a constantly evolving organism. It is spawned by the Industrial Revolution and economy of mass production that flourished into mass productivity and society of mass consumption.

It is important to understand that the current crisis is not a deviation from the established order or quintessential principles of capitalism but rather a temporary disturbance of the economic equilibrium and a product of that evolution emanating from successes and failures.

During the last two and a half years, the administration has taken a number of actions aimed at the restoration of economic equilibrium. None of them have worked as intended and have arguably worsened the situation.

Unfortunately, the administration’s latest attempt, outlined in Obama’s recent speech before the Congress, was an exercise in ideological passion rather than a coherent strategy. It failed to define the national purpose and contained no effective long-range economic policy. But most importantly, the president is looking in a rear-view mirror at the economy of mass consumption, ignoring the fact that the consumer is broke, the government is broke, the country is broke, hence we cannot spend any more. It is obvious, that the administration is clueless on how to fix the economy.

The challenge of our time is to lift the economy from stagnation and to put this country onto the path of accelerating growth. This task has three principal dimensions.

First, it is getting exceedingly clear that the era of mass consumption is coming to an end and that America is witnessing the dawn of new era in capitalism.

What distinguishes this era from the others is the enormous amount of money that has been accumulated by private investment funds and corporations. If in 1930 only the government could handle the projects on the scale of Hoover Dam and Interstate Highway System, at present, large corporations and investment funds have sufficient resources to build bridges, roads, and infrastructure on any scale if it can be made profitable.

Privatization of the assets would open a new frontier for investment and relieve the federal-and local-level governments from the investment, administration, construction, and operation of the infrastructure. That would undoubtedly result in greater efficiency, smaller government and lower taxes. But most importantly it will ignite huge economic boom and offer long-term productive employment to millions of people.

Privately owned roads, bridges, treatment plants and other infrastructure can be regulated like public utilities to ensure compliance with the relevant laws and regulations. This new government-private enterprise relationship will also result in reduction of the deficit.

In order to attract investments for infrastructure, we have to get rid of regulations that impede investment and economic development in this country. As the Republican candidates advocate tax code simplification, the abolishment or redesign of health legislation, and the restraining of the EPA, a simplification of the process of obtaining permits and enacting new laws will be required to provide long-term certainty regarding environmental restrictions and taxation of the assets.

Second, the prosperity of this nation will not be possible unless we regain energy independence. Those who have been educated in engineering (not in law or performance art) recognize the undeniable fact that we still live in nuclear/hydrocarbon age, and that there is no commercially viable energy alternative to power the fourteen-trillion-dollar economy.

As legendary Sheikh Yamani, former OPEC oil minister said, “The Stone Age didn’t end because we ran out of stones and Hydrocarbon Age will not end because we ran out of oil”—there will no doubt be a time when these energies will be obsolete. But until then we shall recover control over our destiny; a sustained, long-term program is needed to drill for oil and for use of all energy resources available including nuclear energy.

Without this, the country will be facing profound and congenital vulnerabilities and a sense of impotence will be a prevailing factor in American industrial and foreign policies for years to come.

And third, we should address the popular fallacy promulgated by the Republican and Democratic administrations: so-called free trade. We should realize that there is no such thing as free trade. In this world economy where technology is available for anyone willing to pay for it, America cannot compete in a world full of developing nations. Saying that an American worker is the most productive in the world makes for a good rhetoric but has little to do with the reality. If Chinese enterprises do not have to comply with US-type environmental and health regulations while enjoying lower taxes, employing the most advanced world technologies, and paying their workers in a day what American counterparts are making in an hour, this country cannot possibly be as competitive. American companies looking for higher returns are forced to move jobs overseas. American trade partners should not expect to reap the benefits of the trade that takes advantage of American regulations and high American wages.

Neither objective can be achieved in isolation. We must succeed in all three or we will not succeed at all.

American pragmatism shall prevail, and the Democrats and Republicans must overcome their respective ideological zeal and work together to facilitate the opening of a new frontier for capitalism.

For those who believe that America’s best days are over it is worth pointing out that during two hundred years of history, capitalism has created more wealth than the preceding seven thousand years of human civilization. It demonstrated an extraordinary fortitude and resilience in overcoming a host of crises, economic downturns, the Great Depression, world wars, natural disasters, and many other calamities while improving and transforming itself into a more vibrant and more productive system that resulted in the most progressive upward surge of wealth in history.

The solution to our problems is simple – just let capitalism work. 'I laughed out loud' (and you will too): Brit Hume shares screenshots of HILARIOUS back-and-forth of emoji goodness 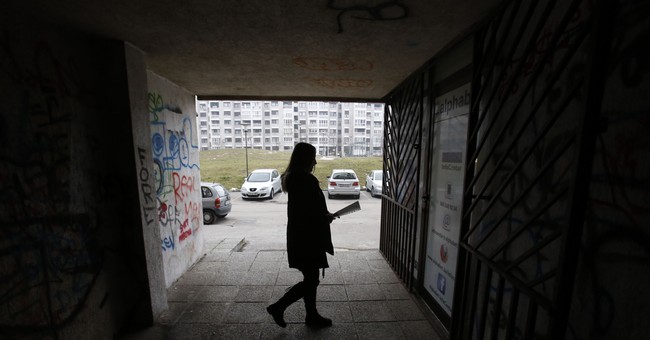