In the 2002 movie “Signs,” Colleen Hess gave her youngest son Merrill a cryptic, deathbed command to “swing away.”  Only years later, with his own life at risk, did Merrill understand what this meant.  With confidence, Merrill “swung away.”  The challenge was unclear, but it was was large and right in front of him, and Merrill could not and did not miss.  Merrill “swung away” with everything he had, and won.

Republicans need to “swing away” on school vouchers.  Don’t sweat over the details.  It’s such a promising issue, that it is almost impossible to do it wrong.  Don’t fear the teachers unions — regardless, they will oppose Republican candidates, they are in decline (they can’t beat Scott Walker in WISCONSIN?), and many union members don’t even respect them but feel pressured to join for job security (or are required by law to join in half of the country).  Ignore the local chambers of commerce who almost universally oppose school choice — most of these so-called city “chambers of commerce” have liberal agendas because they only listen to the trial lawyers, construction companies, city governments, some big businesses, newspapers, and teachers unions who are liberal or who want tax money thrown at them with no strings attached; there’s a reason that the National Federation of Independent Business exists, and it’s because local chambers of commerce will gladly take the membership money of small businesses, but the chambers will then completely ignore the interests of those businesses.

Just “swing away,” Republicans.  Simply grant children the freedom to receive the education that their parents believe the students deserve.  Why are American parents smart enough to make complicated decisions about what car to drive, what home mortgage company to use, what cell phone to buy, what surgeon to go to, and what childcare worker to employ, when parents are deemed too stupid to decide which school should educate their children?  Why are 17-year-olds smart enough to choose which college to attend, but 40-year-old parents aren’t smart enough to do the same for their kids?

With at least some degree of capitalism in K-12 education, there will be great economic, personal, and political rewards for everyone involved… except for the narrow Democratic political interests.

My previous RedState diary, written two days before the election, was titled, “Pew Research and CNN predict a clear win for Mitt Romney: There’s no precedent for Independents and Catholics voting strongly for the losing candidate.”  I wrote:

…”there is no precedent for BOTH the national polls being correct, and Barack Obama winning re-election. If Obama wins, either national polls have been wrong about Independent voters, or Obama sets a new precedent.”

CNN polling had Romney winning Independents 59-35%, and Pew Research had Romney winning 44-41% with a huge 15% undecided.Many polls were wrong:  Romney did win, but by a narrower 50-45% in exit polls.  And the precedent is no longer a precedent — to my knowledge, Independents haven’t favored the losing candidate by five percent or more since 1976.Congratulations, I guess, to Catholics, in once again predicting the popular vote winner.  Catholics voted 50-48% for Obama, after supporting Obama 54-45% in 2008, Bush 52-47% in 2004 and Al Gore 50-46%.Much more importantly than the polls being wrong, were that Republicans were wrong about the turnout.  Karl Rove predicted in December 2011 that turnout would increase for the fourth election in a row, only the second time that would have occurred since 1828.   Rove wrote on November 14, 2012:

If this year’s turnout were equal to 2000, 2004, or 2008 turnout, in terms of partisanship and demographics, my understanding is Mitt Romney would likely be President.

Obama got his base out, and we didn’t.

To be fair to Romney, I think he may have been the best of the flawed Republican candidates (not counting Tim Pawlenty, who should never have dropped out after losing to Michele Bachmann in Iowa).

Others much smarter than me have written about the “why’s” of the 2012 election, but I’ll give you my top four reasons:

In the future, while we do need to maximize the Republican base, we need to expand it.  Demographics do pose a problem for Republicans, but if Republicans were more conservative and libertarian, these demographic problems would be much smaller.What keeps me involved in politics is that usually, a conservative/libertarian candidate can win anywhere in the country while being completely forthright about his or her voting record.  Sure, messaging and targeting is important (Rick Santorum won in Democrat-leaning Pennsylvania, while Todd Akin and Richard Mourdock lost in Republican-leaning states, even their voting records would have been identical on abortion), but liberal candidates can’t be anywhere near as open about their records and values, and they often need to lie.

I do think Republicans and voters will adapt to demographics (neither party is likely “dead”), but I am concerned that Republicans will not adapt fast enough, and I’m concerned Republicans will continue to pass legislation that actually helps Democrats more than Republicans.  In short, I’m concerned that Republican leaders and consultants will recommend trying to “buy off” coalitions of voters.  But “buying votes” never works for Republicans: see previous amnesties, “No Child Left Behind” that was co-authored by Ted Kennedy but blamed on Bush, and Bush-era entitlements for older Americans.  Did these laws really result in long-term political benefits for Republicans?  I don’t think so.Instead of financial hand-outs, what truly wins over voters in the long-run is granting (more accurately, protecting the natural right of) economic and personal freedom.  As others have said, conservatism wins, and freedom works.  If Republicans in Congress were more conservative, more libertarian, reduced regulation, and followed the 10th amendment by returning most issues (including social issues) to the states, this would be a winning agenda with all voters.  All voters.  Not just white voters, or black voters, or Hispanic voters, or Jewish voters.  But all voters.

Two important issues are immigration and school choice.  On both issues, I think the right thing to do is to boldly do what our guts our telling us.  And we need to be direct, be consistent, don’t apologize, and clearly contrast where Republicans are right and Democrats are wrong, and clearly describe the dangers of staying with the status quo:

Helpful 2012 election articles by other people:

Connect with Benjamin Hodge at Facebook, Twitter, LinkedIn, Google Plus, Tumblr, mrcTV.org, YouTube, The Kansas Progress, and LibertyLinked. Hodge is President of the State and Local Reform Group of Kansas.  He served as a member of the Kansas House of Representatives, an at-large trustee at Johnson County Community College, a delegate to the Kansas Republican Party, a Republican precinct committeeman in Johnson County, and was founder of the modern Overland Park Republican Party.  His public policy record is recognized by Americans for Prosperity, the Kansas Association of Broadcasters, the Kansas Press Association, the Kansas Sunshine Coalition for Open Government, the NRA, Fox News’ Bill O’Reilly, the Foundation for Individual Rights in Education (FIRE), and Kansans for Life. 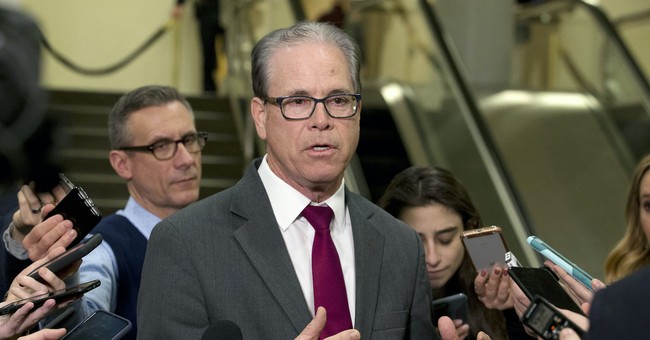