Why is the left so angry?

I really don’t understand this.  We have the Joy Behar meltdown which resulted in Sharron Angle getting $150,000 in donations.  We have Bill Maher calling people who disagree with his far left extreme views “ignorant” and later going into a profanity laced rant.  Finally, we have rank and file liberals having such angry tones in various blogs online.

Relax.  Haven’t liberals lectured the tea party that anger is not the answer?  So, why are their icons like Joy Behar going into hysterics and causing people like Sharron Angle to get so much money?  And why are the rank and file liberals getting so frustrated?  Don’t they take their own advice?

Liberals, don’t get so upset.  Look at New York.  Polls show that Status Cuomo is way up there.  Rest easy.  You’ll get more of the same.  Big, bloated government, higher costs, more people who can afford it moving out of New York because of the out of control government waste.  There are few businesses moving into New York unless they get corporate welfare, which means few reasonable private sector jobs.  And now, Governor Paterson has announced a layoff of almost 900 state workers.  The battle with the unions over that layoff will go beyond the end of Paterson’s time in office, so the mess will be dumped onto Cuomo.  Cuomo likely has presidential ambitions.  So, he’s probably going to push through on the layoffs so as to at least make it look like he tried to do something with New York’s fiscal mess.  The attorney general’s office was a mere stepping stone, and Cuomo has places to go.  It’s not like he would just stop at the governor’s office.  That too will be a stepping stone.  In fact, he’ll actually need to run for and win a second term in 2014 (not hard with those brass knuckles Eliot “the Steamroller” Spitzer says Cuomo has) so it’s not like he’s just going to do what he did in the attorney general’s seat.  But then he could try for the White House in 2016.

Now, if you are concerned about state layoffs, there are two candidates that would probably stand against such things.  They are Howie Hawkins of the Green Party and Charles Barron of the Freedom Party.  Their solution is to just “tax the rich” and “cut tax cuts” even though “the rich” are in the best position to leave the state.  I can’t tell you where Jimmy McMillan stands on this issue because his major issue is that “Rent. Is. Too. Damn. High.”  And, McMillan has parlayed that into being parodied on Saturday Night Live and having a doll that looks like him.  Mission accomplished for Jimmy McMillan’s “gubernatorial campaign” aka attempt at getting notoriety.  Anyway, for those who want to tell Cuomo not to step all over state workers on his road to a possible future Democrat presidential nomination, I would think Hawkins or Barron would be your best bet.

Then there are the Senate races.  Speaking of Joy Behar, there is another guy who likes to throw around the word she used.  Unlike Behar who used it against a public figure (Sharron Angle), Schumer likes to use it on common, ordinary people such as flight attendants.  See, Schumer likes big government regulation for other people, but not when it must also apply to him.  He’s an elite Senator, you see.  But liberals shouldn’t be too upset.  Polls show New Yorkers want more of the same so they will likely be sending Schumer back.  In fact, if Harry Reid does not win his seat (Nevada is not as “enlightened” as New York), Schumer could be the Democrats’ leader in the Senate.

Next we have Schumer’s rubber stamp who is great at letting Schumer do most of her thinking for her, Kirsten Gillibrand.  He’s a lucky guy to get two votes in the US Senate.  Polls show New Yorkers like Schumer so much that they will likely be sending his second vote back to the Senate for another two years.  It’s funny how someone can change so much when they get a promotion.  Kirsten Gillibrand as 20th district Congresswoman would hardly recognize Kirsten Gillibrand as Senator.  People in the district she formerly represented seem to notice the difference.  I’m not sure if she was a phony then or if she’s a phony now.

So, I just don’t get the level of anger from liberals, especially in New York.  They’re going to get the same old.  Then they can complain about the costs here in New York.  They should be happy with the big government waste for which they will be voting.  Better yet, they’re just going to vote for the boring nonsense Democrat candidates.  But if they really want some new and seriously left leaning ideas, they have a plethora of third party candidates for whom they could vote.

Since liberals suggest that their policies have been good for America (such as the FAILED “stimulus” that was supposed to keep unemployment at or below 8%), they should have nothing to be worried about.  All Democrat candidates should be running 20% ahead of their nearest opponent as the populace chants “hope and change” and “yes we can.”  Oh, wait,  we already had that.  It was called 2008.  Now the fad is over.

The Left Is Just One Big Hate Campaign 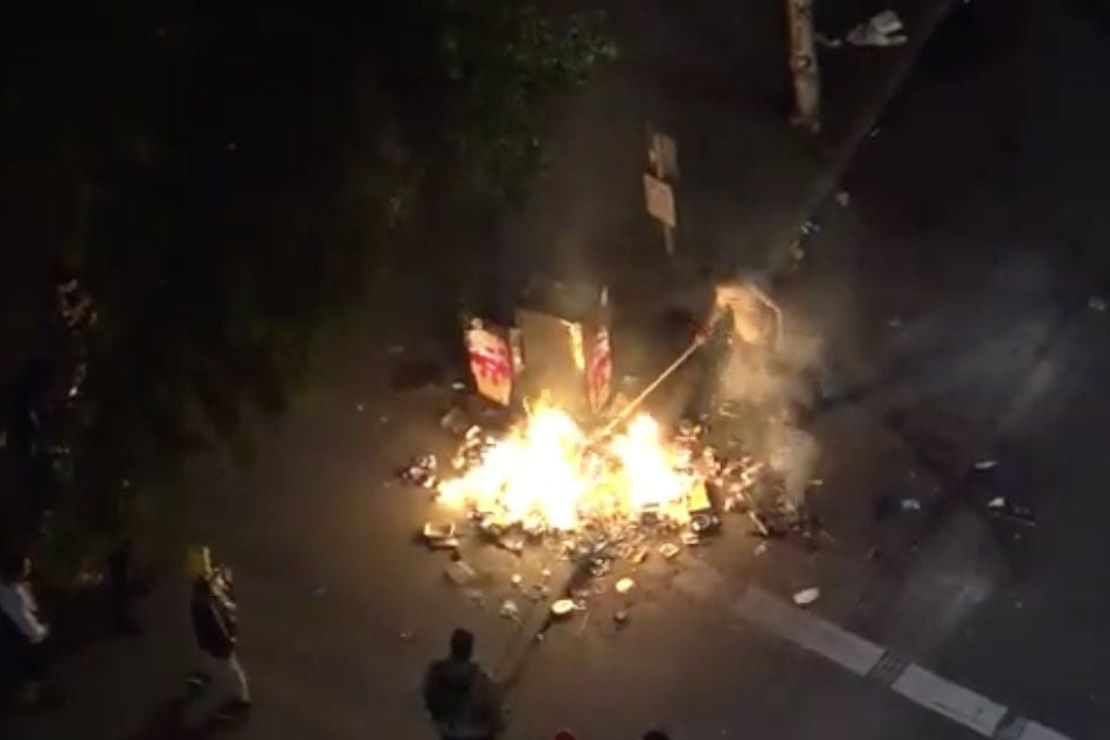 'Don't let up on him'! The national media might be largely giving Gov. Andrew Cuomo a free pass, but Janice Dean sure isn't