I hope everyone had a very nice Christmas.  Speaking of Christmas, I heard a story about an individual who had a fit because his parents refused to give him a particular Xbox game.  The game was rated above his age level.  Likely, it earned the rating due to violence, impure content, or some other problem.  Despite being well off and receiving a number of presents, he was displeased with everything because he did not get that one particular inappropriate game.  (Let’s not even get into the fact that Christmas is not supposed to be about the overly commercialized sham it has become.)

The “instant gratification” society in which we live is a problem.  People expect quick solutions and do not realize there could be negative consequences.  For the individual mentioned above, he basically had the belief that this one game would satisfy him.  Skillful marketers had him convinced that this was “needed.”  All other presents meant nothing to him.  This was “needed,” at least until the next “necessary” game came along.  In this case, the game had a rating on it which warned against someone of his age using it.  While his wish may have been fulfilled because of the effects of marketing, he likely would have been exposed to something inappropriate, not suitable for his current stage of development.  His parents made a wise decision to withhold it.  One might hope that in the longterm he will learn patience and  that people don’t always get what they want.

When I was that age, video games were certainly not prominent.  We had to actually use imagination when we wanted to play.  Some people built model airplanes, cars, etc.  We also read these old fashioned things called books.  The mental processes developed when you have to create your own situations help in preparation for the future.  In modern times, video games may provide creative opportunities for designers, but the end user is ultimately limited to the plot and imagination of the designer.  Unlike a book, the visuals are created for them and they basically just react to situations devised by others.  Very few mental processes are involved on the part of the end user.

Combine the popularity of mind wasting video games with the constant drumbeat of a government that will allegedly take care of our every need without our having to think for ourselves and we have perfect sheeple training.  There is no need to think when the government can do it for us.  There is a government bureaucrat or ten to take care of nearly every aspect of life.  We should just take mind numbing but “secure” jobs (preferably with a government entity) and we can live a nice, complacent, mediocre existence where the government provides for us.  Everyone will be the same.  No individualism.  When this gets boring, there are movies, television, and “best of all,” adult video games to use as escapes.  Passive entertainment is abundant and it can condition our minds with the “appropriate” views du jour according to the current whims of opinion makers in society.

There are many parents who would not have actually used their authority in this situation.  To avoid the eventual temper tantrum from the kid, they would have just bought the game.  It would be a short term gain and who cares about the longer term consequences?  The kid would be happy and the marketers would have scored.  The kid would be exposed to something inappropriate and would NOT have been exposed to a low level disappointment.  Forget the fact that such a disappointment would prepare him for eventual larger disappointments in life.

Children who get their every wish fulfilled by their parents never really grow up.  They need another “parent” to step in once they have outgrown their own parents.  The government is right there to be that ‘parent’ to “take care” of them.  Don’t ever question anything because the government will provide.  It will keep promising and promising more and more, needing more and more money to fulfill those promises.  At some point the system will collapse on itself…..and the generation for which this happens will not be prepared.  They will have grown up with such dependence on the government that they will be in for a harsh shock of reality.  They will have to learn to think very fast and be creative enough to deal with the situation.  The government will not be able to save them.   It will overwhelm many.

The Founders wanted us to remain as skeptics of the government.  They did not put their lives, fortunes, and honor on the line to trade one bureaucratic nightmare for an eventual homegrown bureaucratic nightmare built up over time.  Absolute power corrupts absolutely.  The days of blind trust that the government will take care of everything for us  must come to an end.  Like kids manipulated by marketers into demanding certain video games, society is manipulated by marketers into believing that multithousand page bills are needed immediately.  Nobody is to be concerned about the longterm consequences.  Congress can just make up another multithousand page bill to “fix” the previous one.  We have the technological means to examine these gargantuan page bills in detail.  We can do more than Congress actually does before they vote on them.

Where government action is actually needed, we need smaller bills that can be read word for word by Congress before voting on them, and debated/examined in detail by the American public before a vote actually takes place.  Unlike a video game, this is real life and we cannot just turn off the idiot box when it becomes boring or a nuisance.

Real life requires our full participation and thinking.  As “comfortable” as it might be, we are not meant to just be end users who let other human beings define our identity and everything else about our lives.  We are not here to just react.  But we allow that when we do not live up to our responsibility as citizens of this great country.

Whose Responsibility is It? 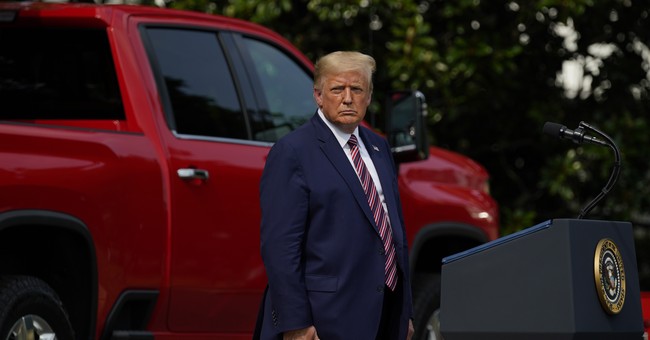