Cities, chambers of commerce, and officials in state and local governments know that tax incentives drive economic development. It is one of their chief tools in luring business to their areas. There are extreme examples of this principle in places like Wilmington, DE, and Liechtenstein, where every nearby company wants to have a legal presence, and more mundane examples in nearly every major city in the United States. The locations of sports stadiums, factories, distribution centers, corporate headquarters, and a host of other tax- and employment-heavy corporate assets are largely dependent on negotiations with state and local governments. These business are buying government services and bringing employment in bulk, and they ask for a corresponding discount.

Shrewd mayors, city councilpeople, and state representatives oblige, and win, generally at the expense of their less circumspect neighbors, who myopically cling to the simpleton notion of “higher tax rate = more tax revenue.” That notion only holds in the case of government monopoly. But when the market is bigger than just you, any businessman can tell you that raising prices often leads to less revenue, as the customers that you thought you had enslaved are actually free to go to your competitors.Luckily for the federal government of an economically isolated America, at the national level, they ARE the only game in town. There is no reasonable competition, as tarrifs and other free trade barriers prevent business from seriously considering moving off-shore. So the feds have a free hand to determine tax rates at whatever level they see fit without fear of pricing our country right out of the market.

That would require a free market, and that can only exist if we open ourselves up to free trade with the rest of the world. I’m sure we’ll never do that and…

What was that? Oh crap!

Well, then… it does seem as though a minor detail has been overlooked. But that’s alright, we clearly have some room to keep raising tax rates, because if we were at the limit, then companies would already have started moving overseas, which they haven’t, right? Huh? What? Oh, no!

Now, as an aside, it’s worth nothing that the materialization of a realistic motive for huge American energy companies to move overseas is unlikely (though not impossible) for one simple reason: They trade a commodity with the stiffest demand of almost anything in history. And if you’ll recall from your freshman economics class from college (or even high school), stiff demand and elastic supply means that the consumer bears the tax burden. No matter how you formulate, a tax on the producer becomes an effective excise tax, and the consumer eats it.

Now, in the long run, demand does slowly respond. But In energy, as we’ve seen recently, there is substantial inertia in that response, and it still remains quite stiff. The doubling of gas prices in the past year has only affected demand in the past couple of months, and then only by around 5%. That’s stiff. Don’t believe it? Ask yourself this question: How much would gas prices have to climb in order to cut our gasoline demand by 50%? Inconceivable, isn’t it? $7/gal? $10/gal?

So it’s unlikely that energy taxes will ever have much of an impact on producers. Instead, they’ll just drive already financially depressed consumers into an all-out coma.

But what if they did? Can you imagine the effect on the US economy of driving Exxon-Mobil overseas? This is the company that, for all the sinister implications thrown around by the title “Big Oil” and the CNN drama-queen-style “Big Oil Profit Clock,” ticking away profit by the minute along the bottom of the screen, this is the company that, along with the rest of its sector, saved our economy this last quarter. If not for them, we’d be in all out depression. And that’s just where these oppressive taxation schemes will drive us if enacted.

Imagine the economy being just like it is, but without the $10B that Exxon just put back into it last quarter, out of its $12B profit. Note, that this does not include all its other expenses, the thousands of employees it paid, the millions in taxes, the millions in vendor accounts it paid, or any of its other operating expenses that went to patronize other American businesses. What would sucking all of that wind out of our economic sails do to an economy that is teetering so?

Imagine what happens if we push just a few more manufacturers to China or Mexico, or a handful of financial firms to Europe? They will gladly remove money from our economy and distribute it in those places, where they can get government services on the cheap.

The Windfall Profits Tax is pandering. It plays to the illogical emotions of people– and not the good ones either: fear, anger, and bitterness– and reinforces the unspoken assumption that the aggregation of wealth is somehow inherently evil– that anyone who got “too” rich MUST have engaged in some slight of hand or oppression along the way and so, no due process is necessary, let’s just take from him and give it to the poor.

I’m talking to you, Senator Obama. 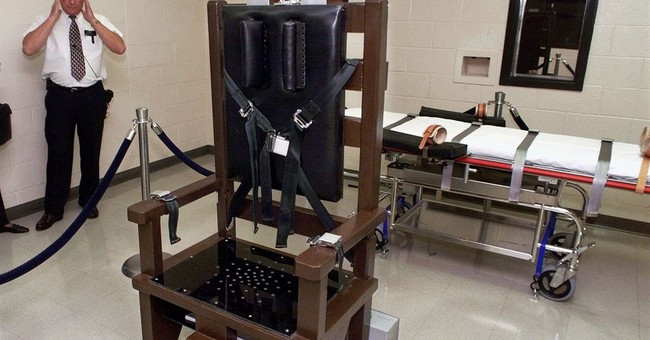