Note: the following article was originally written in late June for another venue, but I’ve reprinted it here because I think its point is still relevant.

Hardcore libertarian Rep. Ron Paul (R-TX) and rabid leftist Rep. Barney Frank (D-MA) have united for a cause near and dear to many a crank’s heart: drug legalization. The two have introduced a bill to all but end the federal War on Drugs. While their proposal would still let the feds prohibit the transfer of marijuana across state lines and keep it from entering the country, it would recognize the states’ authority to legalize pot within their borders if they so choose.

Constitutionally, it’s not the federal government’s job to handle the states’ internal affairs, and as we struggle to trim the fat from our debt-ridden, bureaucratic federal government, every little bit helps. Also, comparing the results of varying drug policies in newly empowered states would help us clearly see whether or not legalizers’ rosy predictions of safer narcotics and collapsing cartels actually come true.

So, is Paul-Frank a win-win? Not quite.

First, it’s simply insane to do anything federally that would increase drug use (and let’s not kid ourselves, that’s exactly what would happen) until after we’ve secured the southern border drugs are currently pouring across, and dismantled whatever federal programs currently force taxpayers to pay for drug users’ bad decisions.

Second, many of Paul and Frank’s supporters want to go further. In recent years, a growing number of voices on both sides have called for a wholesale end to drug prohibition. On June 16, Jimmy Carter wrote that American drug policies “destroy the lives of millions of young people and their families.” The far-left ex-president is in rare agreement with National Review, which on June 27 called the bill “an excellent first step” toward ending a war that has “curtailed personal freedom.” For leftists, drug use is a personal lifestyle choice, the condemnation of which would be the unpardonable sin of judgmentalism, while legalizers on the Right frame the issue around personal responsibility, suggesting it’s paternalistic for government to keep people from putting harmful things in their systems.

Well, yes, that would be paternalistic…if that were society’s only beef with narcotics. But drugs aren’t like Big Macs or cigarettes. It’s one thing to clog your arteries or ravage your lungs; it’s quite another to consume substances that warp your mind or dull your senses to the point where you become a threat to the rights of others. And despite what the legalizers say, drugs use certainly isn’t victimless—not even when it comes to marijuana, allegedly the safest of the bunch.

In March, the British Medical Journal unveiled the results of a ten-year study of German adolescents and young adults, which confirmed cannabis as a factor in “increasing the risk of incident psychotic experiences and if use continues over time, increasing the risk of persistent psychotic experiences.” A 2008 study by the University of Melbourne agrees, finding that “long-term cannabis users were more prone to a range of psychotic experiences.” The Tides Center’s Schizophrenia.com lists thirty studies indicating a connection between pot and schizophrenia. According to a 2004 study by the Netherlands’ Maastricht University, “THC [pot’s main psychoactive substance] positives, particularly at higher doses, are about three to seven times more likely to be responsible” for car crashes than factors unrelated to pot or alcohol. Other studies have linked marijuana to increased paranoia, anxiety, risk-taking, inability to focus, and distorted sense of time.

The result? The Center for Disease Control says that drugs other than alcohol are a factor in around 18% of driver deaths. The Substance Abuse & Mental Health Service Administration’s data isn’t pretty, either—their 2004 National Survey on Drug Use & Health found that the “percentages of youths engaging in delinquent behaviors” such as theft and assault steadily rose alongside “increasing frequency of marijuana use”; while in 2005 they reported a strong correlation between drug use and other crimes; in particular, “of adults who had been arrested for serious offenses in the past year, 46.5 percent had used marijuana in the past year compared with 10.0 percent of those who had not been arrested for any serious offense.”

And again, pot is the “safe” one. We haven’t even started discussing the rough stuff like crack or heroin.

If government is essentially the collective exercise of the individual right to self-defense, then of course people are within their rights to protect themselves from drug-related crimes and accidents by prohibiting the source. Conservatives in particular should know better than to fall for libertarians’ superficially appealing arguments about the “right” to do drugs—John Locke himself argued that man’s power over his own body was not absolute, that liberty didn’t cover the right to enslave or destroy one’s self:

[…] a man, not having the power of his own life, cannot, by compact, or his own consent, enslave himself to any one, nor put himself under the absolute, arbitrary power of another, to take away his life, when he pleases. No body can give more power than he has himself; and he that cannot take away his own life, cannot give another power over it […] But though this be a state of liberty, yet it is not a state of licence: though man in that state have an uncontroulable liberty to dispose of his person or possessions, yet he has not liberty to destroy himself […]

Liberty requires that we to put up with a lot from our neighbors, but indulging the chaos that mind-altering substances inflict upon society is a bridge too far.

Poll: Military personnel say Trump would be the better commander-in-chief 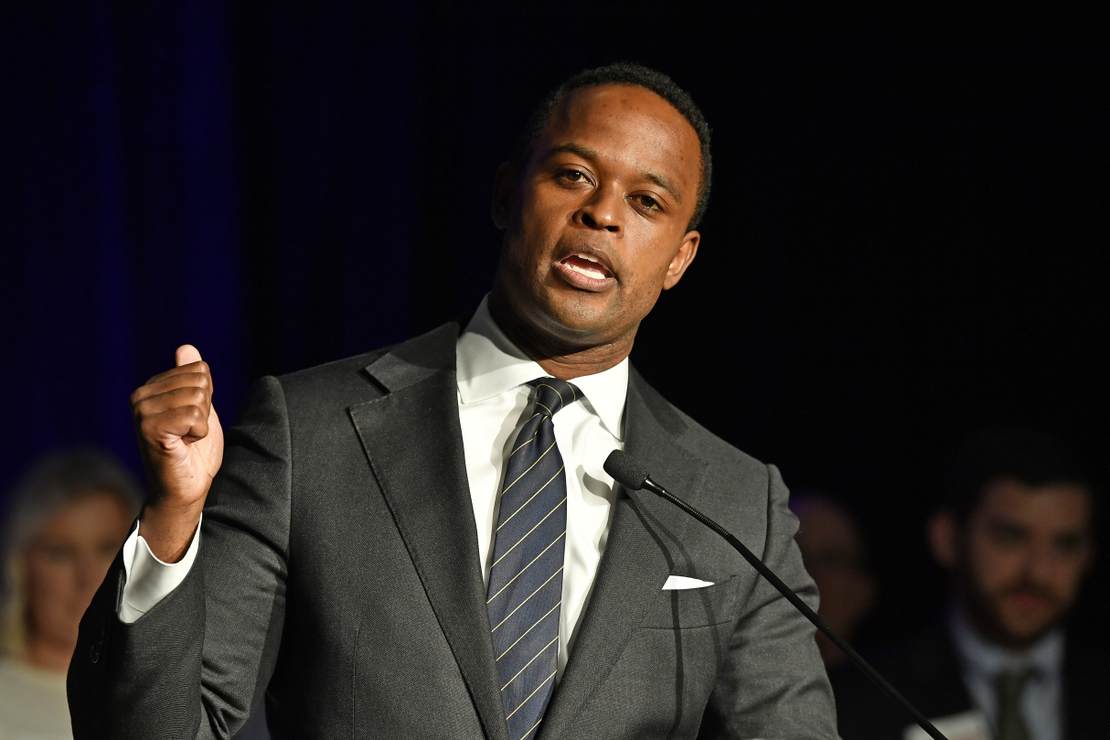