Welcome back to the Watercooler. Lot’s happening today including a plane hijacking, a misdemeanor battery charge for Corey Lewandowski, a split SCOTUS decision and a nice endorsement by Gov. Walker for Senator Cruz. But that’s all been covered by Redstate writers so why cover it twice?

“The fact is that Virginians, and particularly low-income Virginians, need more access to health care, not less,” he said in a statement.

Gov. Brown banned state travel to NC and now Cuomo is following suit. They do not like to protect women and children from peeping Toms and perverts. But hey, Cuomo is just fine with travel to Cuba:

New York will no longer sponsor official travel to North Carolina, but Cuomo himself has recently undertaken official travel to Cuba, and teamed up with JetBlue airlines to encourage travel to the island nation, where the government has imprisoned and tortured transgender people.

Who ever thought our country would have federal food police? Well we do in the Dept. of Agriculture and they mean business if schools disobey Michelle Obama’s food edicts. From the FreeBeacon:

The U.S. Department of Agriculture’s Food and Nutrition Service issued a proposed rule Monday to codify parts of the Healthy, Hunger-Free Kids Act, which was championed by Mrs. Obama.

The regulation would punish schools and state departments with fines for “egregious or persistent disregard” for the lunch rules that imposed sodium and calorie limits and banned white grains. [snip]

The fines could be hefty if an entire state agency were flagged for persistent violations. For instance, Alabama received $210,937,195 in cash payments through the school lunch program in 2015. One percent would total $2.1 million. A 10 percent fine would cost $21 million.

Several town halls with candidates are scheduled and at least one should be interesting to say the least: Chris Matthews vs. Donald Trump. Get your popcorn ready. Here’s the schedule:

All three Republican presidential candidates will participate in a CNN town hall from 8 to 11 p.m. with Anderson Cooper as the moderator in Milwaukee.

Watch the other hand. While we’re all busy with election fever, Obama is still busy kowtowing to Iran and is looking to give them more concessions than what the agreement called for according to the Free Beacon:

Top foreign policy voices in Congress told the Free Beacon in recent days that they are exploring a range of responses if the Obama administration goes through with reported plans to grant Iran further concessions beyond the purview of the nuclear deal, which dismantled key nuclear-related U.S. sanctions against Iran. At least part of this action could violate current U.S. laws, they said.

The planned concessions could include access to the U.S. dollar and financial markets, which the Obama administration promised would never take place under the deal, according to recent disclosures first reported by the Associated Press.

And today the Free Beacon reported that Iran Expands Covert Ballistic Missile Program, Dismisses U.S. Sanctions. This is the Obama Doctrine: Open Fist Diplomacy which leads to a fist in our face.

in case you didn’t know that already. Now he’s taking heat for anti-Muslim comments that he made a year ago but just surface.

Reid reportedly urged a Muslim Democrat to end his congressional campaign in Nevada during a private meeting last year because of his religion, the Washington Postreported Tuesday.

Jesse Sbaih, who immigrated to the U.S. from Jordan 29 years ago, said Reid told him that a “Muslim cannot win this race” and advised him to drop out.

What was Reid’s response to the accusations? One guess- Liar!

Feel free to opine on the stories above or anything else on your mind. The Watercooler is an open thread as usual and needs refills from our community of commenters. Happy Tuesday! 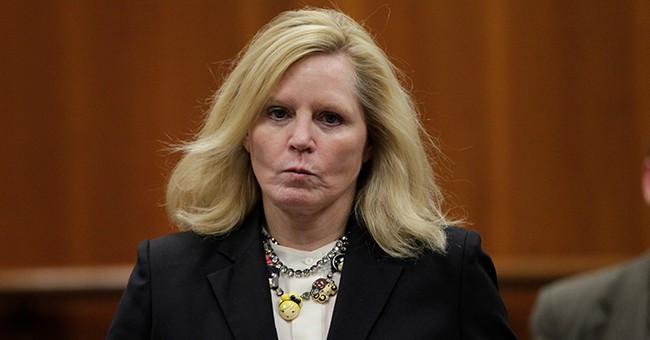