Welcome to the Hysterical Age (Or: ‘Is Twitter Satan’s Playpen?’)

So … what comes after the Wuhan Flu panic?

We live in the Hysterical Age now; so some new panic must shortly follow. A friend from San Diego called me from Costco Friday. He said:

I’ve been in here three hours. The line to check out stretches around the inside of the store. People are RUNNING to get stuff. There’s a line that stretches around the building to get IN to Costco. People are careening around the parking lot trying to find a space. I’ve seen several arguments. The employees are pleading with customers to calm the f*** down. Why are people buying bottled water? It makes no sense. I understand now why you have a conceal-carry. All the sudden, people are acting WEIRD …

But it’s not “all the sudden.” For several years now, people have been “acting weird.” Bouts of hysterical and untethered behavior have become increasingly common. America’s freak-out over the WuFlu merely stands as a fresh iteration of the phenomenon.

Successful, educated, trusted thought leaders shared this horse manure with one another and discussed it in hushed, serious tones.

Once Trump was elected, Russian collusion became the new hysteria. We were told Putin was picking out furniture for his office in the White House. In and amongst this nonsense was the Kavanaugh confirmation, a witch hunt predicated on leftist hysteria that Kavanaugh would–once on the bench–disregard the law and institute Christian theocracy, with an instantaneous and somehow unilateral binning of Roe v. Wade.

Then there was nuclear war with North Korea. Remember that? For several weeks, everyone was sure NoKo missiles were about to rain down on major U.S. cities, as President Trump and Kim Jong-fatty traded insults. News outlets were running stories about how to hide in your bathtub to protect yourself from the nuclear blast.

And then of course there’s the mother of all modern hysterias, the certainty we will all soon perish from a climate apocalypse.

The run on toilet paper, hand sanitizer, and bottled water we see in some locales now are all manufactured crises. There are no shortages. There were not going to BE any shortages–until people looked at the news and decided they needed to fill their spare room with Charmin, Dasani, Purell, and Kraft mac n’ cheese. As Victor Davis Hanson writes:

The coronavirus and the ensuing panic, at least for a few more weeks, have stagnated the economy and scared global financial markets, accompanied by both collateral, and independent and simultaneous, bad news. Rumor- and panic-mongers predominate; the rational and reasonable are written-off as naïve and out of it. Thousands may die, but millions who will not are terrified into anxieties and sleeplessness that they will.

Of course modern hysteria is not all political. We have product hysterias, like the acquisitive frenzy over Baby Yoda. Black Friday shopping has transformed into a yearly scheduled ‘Purge’, as people rush stores and fall into fistfights over discounted TVs and must-have toys. Rather than fear of illness or Russian infiltration of the government, consumers drive themselves mad with the fear of missing out on consumer goods.

The antidote to panic, hysteria, and greed is of course FAITH–whether of the religious or philosophical sort. It might not be wrong to attribute our present Hysterical Age to a combination Christianity’s stunning retreat in the United States over the last 100 years, mixed with new technology that supercharges whatever fear happens to crop up, spreading it far and wide.

Philosopher of social science Rene Girard spent his academic career exploring the anthropology of the New Testament, highlighting the scriptures’ novel treatment of violence and violent mass hysteria. Girard pointed out that scene after scene recounted in the Gospels hinges on agitated crowds–from the crowd that calls for the stoning of the adulterous woman all the way to the crowd that intimidates Pontius Pilot into crucifying Jesus, against his better judgement.

For Girard–a believing Christian–Satan primary manifests in the world as a virus of fear, revenge, panic, and the like spreading through groups of people, who kill an innocent scapegoat to quell their anxiety. Thus, Jesus could address the Apostle Simon Peter as “Accuser/Satan” when he fell into a all-too-human panic at the prospect of Jesus’s death:

… taking hold of him [Jesus], Peter began to remonstrated with him, saying, “Grace to you Lord; by no means shall this happen to you.” But he turned and said to Peter, “Get behind me, Accuser; you are a stumbling-block for me, because you think not the things of God, but those of men.” (Matthew 16:22-3, D.B. Hart translation)

With the retreat of belief in the Lamb of God–who defeated the diabolical maker of mass insanity on Calvary–Americans have lost their ‘immune system’ when it comes to the virus of public hysteria. Now, panic has become a perennial feature of American life.

In a country replete with Christian faith, Americans would not scramble to hoard groceries and rubbing alcohol. They would be asking one another what they could do to help and share, to serve the most vulnerable as the health crisis washes by. Authentic Christians in the early centuries after Christ nursed and ministered to LEPERS, for heaven’s sake. The idea of losing their cool over the WuFlu would have been incomprehensible to these bulwarks of faith.

Were Peter alive today, he probably would check Twitter and the news regularly, try as he might to resist the fear washing around him, as demonstrated in another incident of group panic from Matthew:

… the disciples, seeing him [Jesus] walking upon the sea, were disturbed, saying, “It is a phantom,” and they cried out in fear. But at once he spoke to them, saying, “Take heart, it is I; do not be afraid.” And answering him, Peter said, “Lord, if it is you, command me to come to you upon the waters.” And he said, “Come.” And descending from the boat Peter walked on the waters and came toward Jesus. But seeing the blowing wind he was afraid and, beginning to sink, he cried out, saying, Lord, save me!” And immediately stretching out a hand, Jesus took hold of him and says, “You of little faith, why did you waiver?” (14:26-31, Ibid.)

If the United States is to stop plunging into storms of fear, its people must once again find strength in faith. If they do not, the country will find another panic to fixate on after the WuFlu has passed us by.

'Awkward': Joe Biden's train of thought derailed badly but lucky for him an MSNBC host was there to help get back on track 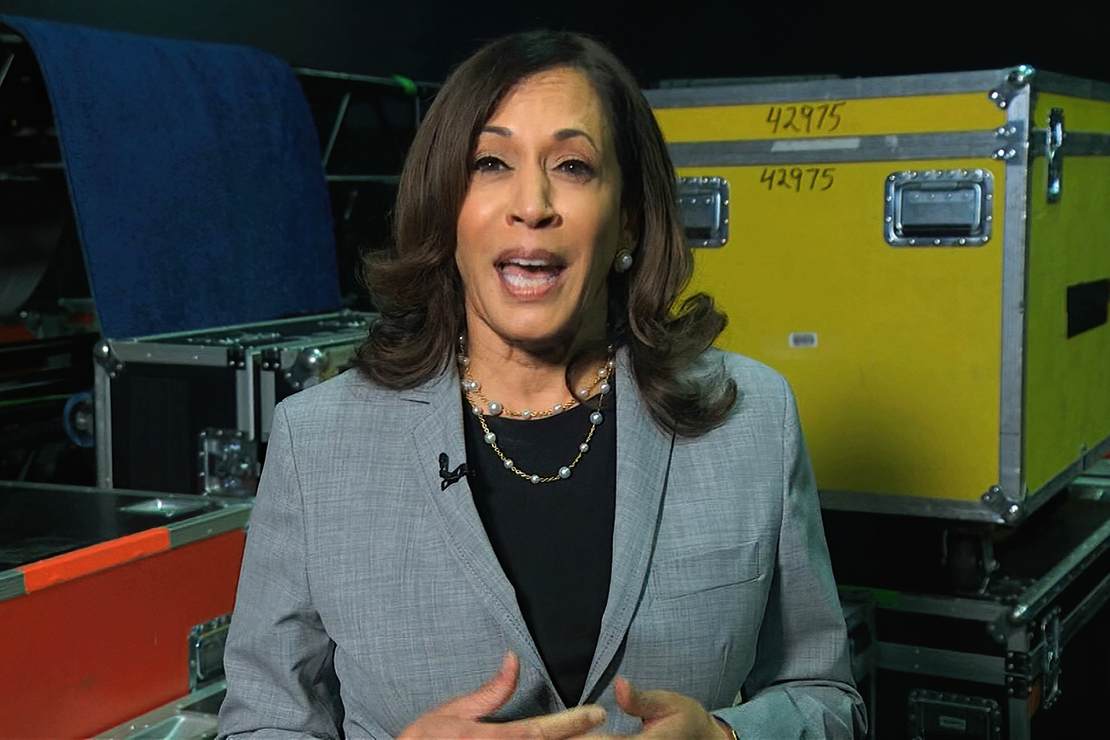