Sacred No More: Nothing can Travel Faster than Light — Next up, Intelligent Alien Life does not Exist

The arrogance of man knows no bounds.

Just look at “the One,” our President.

His arrogance is destructive and blinding to his own eyes, and those closest to him. Listening to “the One” is like listening to the patronizing and condescending tones of scientists explaining nothing can travel faster than light.

Except now, 160 scientists from 11 countries can’t figure out how a particle from the CERN supercollider in Europe arrived — and the experiment was repeated for three years, fifteen thousand times — faster than the speed of light at an underground lab in Gran Sasso, Italy.

But scientists are such black-and-white dogmatics — since we don’t understand how it can be, it therefore is not.

Such is the arrogance of man.

As I have written before on RedState, in my view, those who do not believe in intelligent alien life are like those who believed the world was flat.

And most of those who believed the world was flat never took the time to understand or look at the evidence that the world was not flat. They simply accepted it was so, because they were told.

So now, a “universal truth” of science has been shown, in fact, to be wrong.

Just imagine all the vibrating-in-place of those who are not mentally prepared for the truth that intelligent alien life does exist.

People wonder where is the video evidence of intelligent alien life.

What makes you assume that just because video evidence exists, anyone will look at it?

Look now, or not.

Isn’t it just more comfortable believing the faster than the speed of light is impossible? After all, it has been a “universal constant” that all of human physics has been built on.

But they do get upset. And scare easily. 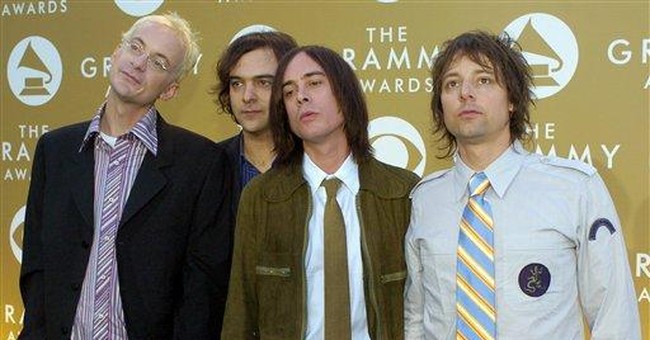